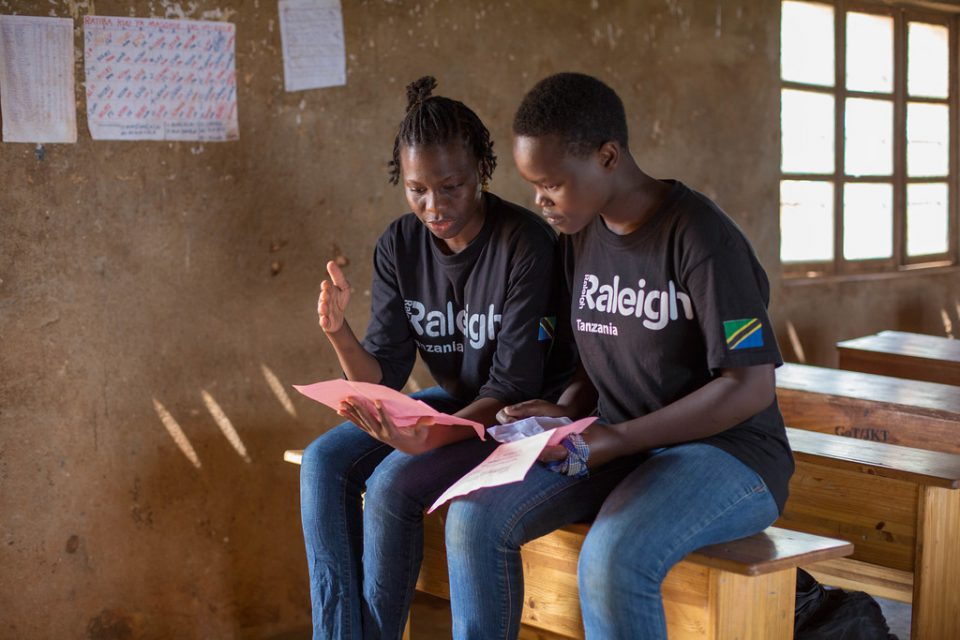 The project, Social Accountability through Youth (SAY), has been awarded a four-year UK Aid Direct funding grant from the UK government. It will be implemented by Raleigh Tanzania, in partnership with IA, between April 2018 and March 2022.

SAY aims to increase the success rate and value for money of development spending in the Dodoma, Iringa and Morogoro regions of Tanzania, benefitting more than 500,000 people. It will do this by empowering over 400 young women and men, including people with disabilities, to effectively and independently monitor project delivery across 179 communities. Through improved reporting systems – such as a dedicated app named Development Check – and specialized training, these young Tanzanians will gain an increased ability and confidence to hold development organisations to account and encourage their communities to do the same.

Ross McKenzie, Country Director for Raleigh Tanzania, said: “Young people and other marginalised groups can be central to the success of accountability systems, resulting in improved project outcomes and increased value for money. SAY will mobilise young women, men and those with disabilities to play a vital role in achieving the best possible impact for development projects.”

The communities targeted through SAY will be linked with other development organisations and local government authorities, who will support the community-led approach with monitoring visits and encourage the use of this accountability model in other areas. Additionally, over 1,900 other communities will be targeted through media and face-to-face campaigns on the benefits of social accountability and the steps they can take to establish community-led, autonomous monitoring of development projects in their own areas.

Why is Social Accountability through Youth in Tanzania important?

Substantial development spending is taking place in the Dodoma, Iringa and Morogoro regions of Tanzania. However, development projects in these areas do not regularly use transparent social accountability systems. This can often lead to marginalised groups, such as young people and those with disabilities, not having a voice in how the projects are implemented in their own communities. SAY will increase the success rate and value for money of development investments.

Tanzania’s population is also among the youngest in the world and young people represent a vital asset in improving the transparency, value for money, equity and sustainability of development projects. It is Raleigh International’s belief that providing young people with the knowledge, skills and social capital they need is vital for them to support their communities and hold development organisations to account.

Step One: In the regions targeted, 35 young people will be identified, recruited and trained as Youth Cluster Coordinators (YCCs), leading initial baselines and formative research to ensure that the project approach is fully relevant to the local context.

Step Two: YCCs will recruit 358 local youth as Community Monitors (CMs) from 179 communities, training and supporting them to use appropriate means to gather feedback on project delivery. The CMs will be supported to ensure that no-one is excluded from participating in the process.

Step Three: Supported by the YCCs, SAY’s 358 CMs will empower communities to identify issues in the delivery of local projects. Results will be uploaded to IA’s DevelopmentCheck platform and presented locally to Joint Working Groups (JWGs) – collaborative forums comprised of community leadership, implementing agencies and local and regional government authorities.

Step Four: Working together through the JWGs, all stakeholders including the CMs and implementing agencies will discuss and agree on solutions to any issues identified. Fixes that have been agreed will be publicised through regular community events and online, closing the feedback loop.

Step Five: 15 SAY Campaign Coordinators (SCCs) will be recruited and trained to run inclusive campaigns enthusing marginalised groups and local leaders in additional communities to undertake community-led accountability on future projects. The dissemination of a toolkit will further enhance the capacity of the communities to embed the model.

Step Six: Regional and district authorities will undertake joint monitoring visits to communities alongside implementing agencies. SAY aims to ensure that autonomous, transparent and collaborative community feedback will be encouraged as a norm for all future project delivery in the three regions. SAY aims to support the signing of agreements to this end by the three regional administrative secretariats by 2022.