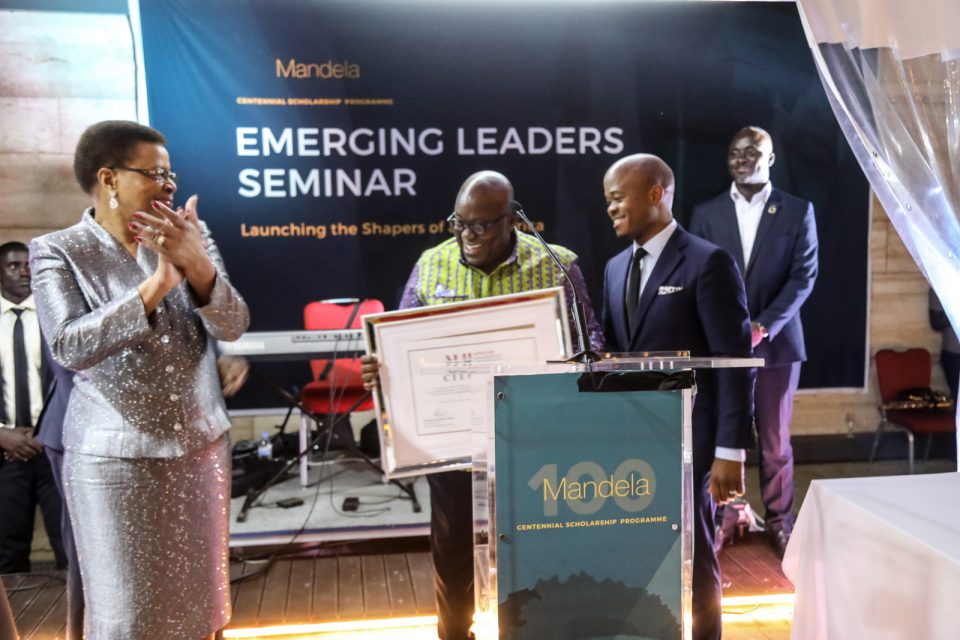 The President was presented with the Nelson Mandela Africa Leadership University Award at an awards dinner in Kigali, Rwanda on Friday.

“In recognition of his extraordinary commitment to education by implementing free universal education in Ghana, African Leadership University recognises the President of the Republic of Ghana, His Excellency, Nana Addo Dankwa Akufo-Addo for his exemplary leadership,” Mr Fred Swaniker, the Founder of ALU, said at the ceremony.

Inaugurated in September 2015, the ALU has two campuses in Rwanda and Mauritius and its mission is to produce three million young African leaders over the next 50 years.

Mr Swaniker said: “President Akufo-Addo embodies the meaning that education is the most powerful weapon we can use to change the world.”

According to him,  the impact of the free SHS policy was enormous as the policy was already impacting on hundreds of thousands of Ghanaians, which, for him, “is the reason number one that we thought he deserves this citation.”

And in this current academic year, 180,000 more students have been admitted to SHSs across the country.

Belief in the youth

Mr Swaniker also recognised the President’s belief in the ability of the youth.

“From the beginning, as he assumed office, he made it very clear that his number one priority was to ensure that the youth of Ghana got the opportunity, and were able to get jobs.

“He has implemented the policy of ‘One District, One Factory’, which is really about promoting youth entrepreneurship, and making sure that the rural youth get an opportunity for employment,” he said.

The ALU Founder said President Akufo-Addo’s persistence and perseverance in not giving up on his vision of serving Ghana, was one which had to be emulated by the current generation of African youth.

“Nelson Mandela was in jail for 27 years, and I believe that one of the traits of great leaders is their persistence. They don’t give up until they achieve their vision. And the President ran for office twice before he eventually won. And, that, I believe, is the mark of a great leader,” he said.

Mr Swaniker stated that President Akufo-Addo was keen on African self-reliance, something that was worth recognising.

“I remember watching him proudly in this video that was going around. It went viral, and many of you might have seen this video, and if you haven’t, then you should watch it.

“This was when the President of France, Emmanuel Macron, visited and he stood there, as our President told him about Ghana Without Aid and described his vision for African self-reliance and for Ghana’s self reliance, where we will no longer depend on colonial powers such as France.

“I have never felt more proud to be a Ghanaian than when I watched that video. So, Mr President, thank you so much for really inspiring all of us to think about how, as Africans, we can only drive our destiny and no longer rely on the rest of the world,” he stated.