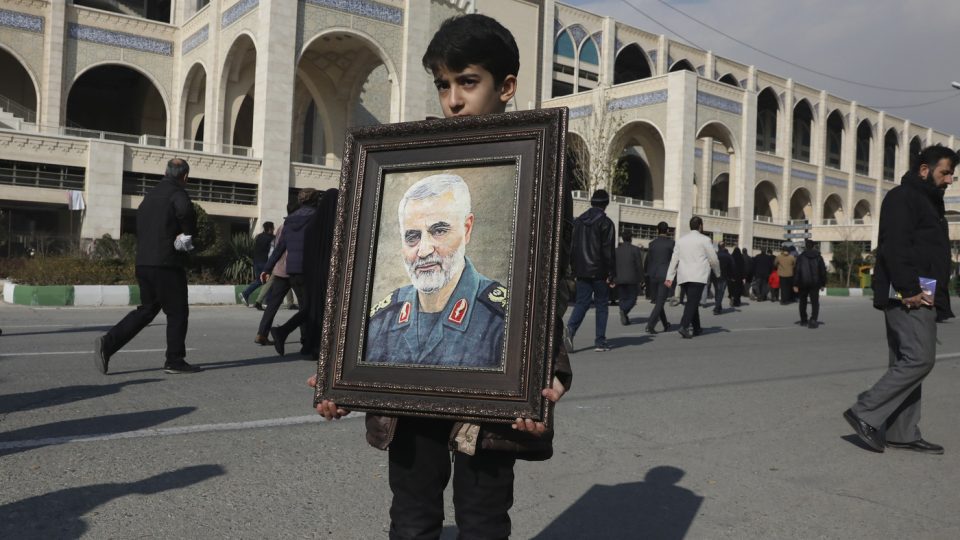 In the early hours of January 3, missiles launched by a USAF MQ9 Reaper slammed into a convoy exiting the Baghdad International Airport, killing Iranian Major General Qassem Soleimani and Abu Mahdi al-Mohandes, deputy commander of an Iraqi militia. General Soleimani was the leader of the elite Quds Force within Iran’s Islamic Revolutionary Guard Corps. The top general was an icon in Iran, close to the Supreme Leader Khamenei, commanded a vast public following and was tipped to be a future political leader.

This airstrike ordered by President Trump signifies an escalation in deteriorating US-Iran relations ever since the breakdown of the JCAP nuclear deal and imposition of sanctions. As the situation in the Middle East threatens to spin out of control, doubts about the legality of the strike arise both at home and abroad.

This article, thus seeks to analyse the issue from an international law perspective, a pertinent question now that Iran has denounced the killing as an act of international terrorism and announced its intention to resort to international legal measures “to hold the United States to account for the assassination of Qassem Soleimani”.

Legality of the attack

In light of the 1976 Executive order banning assassinations by any US agency, and the 1973 Wars Resolution of the congress, restricting the president’s authority to introduce US forces into hostilities, the legality of the strike with respect to domestic US law is questionable in the first place. The manner in which the issue is decided will have implications on whether the Trump administration had acted as ‘rogue actor’ in conducting these attacks.

The January 3 attack happened a day after US Secretary of Defence Mark Esper warned in a press conference that ‘the game had changed’ and stated the govt.’s willingness to take pre-emptive action to protect American forces, in case of some indication of attacks.

In April 2019, US designated Iran’s Revolutionary Guards Corps, the country’s most powerful security organisation as a foreign terrorist organisation, an unprecedented move marking the first time when the US designated the entire military of another nation as a terror group. The designation laid the groundwork to engage its members outside the confines of conventional warfare between state armed forces.  Yet, this unilateral designation by a state is of little value in justifying the use of force in the international arena. For that matter, Iran too has designated USA as a state sponsor of terrorism, in response. Does that allow them to target American Generals and claim self-defence?

In the past, Presidents Obama and Trump both ordered the killings of Osama bin Laden and the Isis leader Abu Bakr al-Baghdadi respectively. However, the situation was radically different, the former’s ‘terrorist’ designation was universally acknowledged and Baghdadi’s death on the other hand took place in an active war zone in an ungoverned territory.

Targeted killing of specific commanders has been generally prohibited by the law of armed conflict dating from the Hague Conventions of 1907, and the Geneva Convention in 1949.

There are 2 possible ways in which an assassination can be justified as per international law – Firstly, if a formal state of war exists, in which case a foreign leader exercising command authority becomes a legitimate target. Secondly, exercising the right to self-defence under Article 51 of the UN Charter. The first ground is inapplicable as no formal authorisation from the US congress exists to wage war against Iran. Although the countries have been fighting proxy conflicts in the region, the same does not amount to a declared ‘state of war’ so as to justify the targeted killing of a high military official by surprise attack.

The United States seems to be leaning towards the second ground. Shortly after the attack, the Pentagon released a statement terming the strikes as a ‘defensive action’ undertaken at the president’s direction ‘to protect US personnel abroad’. It accused General Soleimani of planning to attack American diplomats and service members in the region and held him and the Quds Force ‘responsible for the deaths of American and coalition service members’ in past attacks including the rocket strike on a US facility on December 27th and the storming of the U.S. Embassy in Baghdad last week.

Historically, under customary International Law, even the right to self-defence is limited by necessity and proportionality, as per the Caroline Test(endorsed in the Nuremberg Trials in which USA was participant). It is understood to be used only in a ‘proportionate manner’ against an ‘imminent threat’. ‘Imminent’ is understood to be overwhelming and instant, leaving no other alternative.

Whether the criteria were fulfilled in the present case is a question of fact. As per the facts available till now, neither is fulfilled. The attack was disproportionate to the extent that it claimed the lives of up to 6 other people in the convoy. The nature of the threat posed by the General as his convoy was leaving the airport is unclear at this point. Secretary Pompeo till now has just dropped vague hints of pre-empting some ‘big action’. The strike may be justified if say the general was about to sign off on an attack against US personnel, but not if say he was going to a routine meeting as a representative of his state. The accusation of the general being responsible for past attacks is irrelevant to an ‘imminent threat’. It can even be argued that those attacks don’t meet the threshold of gravity to justify such open confrontation.

The United States is acutely aware of the intricacies of this legal argument, having already unsuccessfully used it in the case of Nicaragua v. United States, in which the ICJ ended up ordering it to pay compensation for assisting rebel forces and violating the sovereignty of Nicaragua.

Another perspective is that of Iraq, the attack took place in its sovereign territory, the capital itself, and resulted in the death of its citizens. Around 5000 US troops are already stationed in the country, as per a 2008 strategic framework agreement, acting in mostly advisory capacity in the war against ISIL. However, permission to station troops does not extend to a carte-blanche on use of force. In fact, the agreement expressly prohibits the United States from using Iraq’s territory as a launching point for attacks on other countries. The attack in question has no nexus with the purpose for which Iraq gave permission to station US troops, absence of its consent make legal justification even more difficult.

The legality of the strike is therefore entirely questionable as per international law in light of the available facts. It is in the interests of all stakeholders that hostilities be undertaken in a measured manner within the confines of legality and proportionality. The precedent that was set on January 3rd is dangerous and opens an entirely new avenue in the spectrum of warfare with unpredictable consequences.

The coming days may end up being a time of reckoning for international legal institutions. The issue will continue to dodge the United States in the near future. Should open conflict erupt in the region, this questionable legality may make it difficult for the United States in obtaining UN Security Council backing or invoking Casus foe deris obligations under the NATO treaty for assistance by the alliance members.