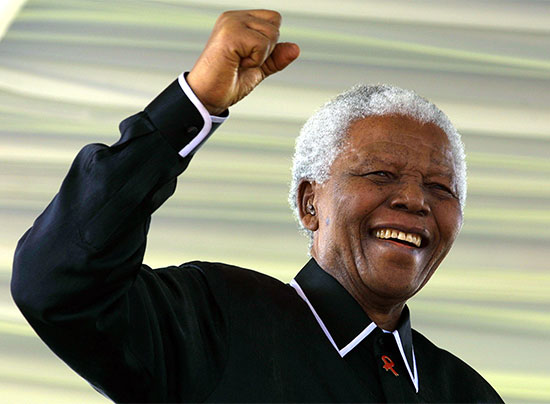 Meet the men who stood with Nelson Mandela

These are three kings of modern human rights: Ahmed Kathrada, Denis Goldberg and Mlangeni. The three men stood with Nelson Mandela, ready to sacrifice their lives in the name of freedom and racial equality. Their names are perhaps lesser known than the late Nelson Mandela, but their beliefs, passion and dedication, which could not quelled by a combined 74 years in prison, continue to burn bright as a guiding a light for global citizens everywhere.

Ahmed Kathrada AKA Accused No.5

Kathrada was born into a dilemma that would dictate his whole life’s journey. As a Muslim boy in South Africa, the fourth son of Indian immigrants, the young Ahmed Kathrada had almost no human rights to speak of. The policies of the time systematically deprived native Africans while prioritising interests of European colonists.

As an Indian boy, classifiable as neither black nor white, Kathrada could not even attend the rigidly segregated schools in his hometown. With the opportunity for learning stolen from him, Kathrada relocated to Johannesburg where schooling for Indians was possible.

Andrew Mlangeni AKA accused no. 10

The first 25 years of Andrew Mlangeni’s eventful life are a clear reflection of how difficult it is to grow up in the grip of poverty.  Born into 1925 Soweto, he was the ninth child of a throng of 14 siblings. The threat of encroaching poverty drove Mlangeni out of education and into the world of work so that he could provide for his family.

Mlangeni took job after job, working across industries including sports, factories and public transportation, always focused on keeping his family financially afloat. It was under these transient conditions that he observed, and was disturbed by, the exploitation of non-white workers who were treated unfairly and relied on low rates of pay.

Mlangeni became politically active and began supporting protest and strike action for improved working conditions and a fair living wage. Recognising the lack of opportunity that was afforded him as an black person in South Africa, Mlangeni joined Mandela’s party, the ANC, where his passions were finally recognised.

After being apprehended by South African state authorities for attempting to disrupt established order, Mlangeni was sentenced in the Rivonia Trial to life imprisonment along with Mandela. He would serve 26 years as a prisoner, 18 of them on Robben Island. After his release in 1989, Mlangeni has continued his advocacy work as a member of parliament until retiring in 2014.

Denis Goldberg AKA accused no. 3

As a Jewish male born to British parents, Denis Goldberg’s struggle for equality in South Africa was different to that of his brothers and sisters in the anti-apartheid movement. However, it was no less significant.

As a white man in South Africa, his legal entitlements were greater than those marginalised for the colour of their skin. Howerver, Goldberg had always been taught about the national oppression of South Africa’s black labour force, and his passion for social justice was far stronger than his privilege. His time studying civil engineering at the University of Cape Town brought him into the sphere of political activism that would see him become leader wiith through The African Congress of Democrats and later serving as the technical officer for the ANC.

As a visible white person encouraging anti-establishment rhetoric amid a sea of writhing black anger, Goldberg would come to be known by the 1960s national government as the ‘most dangerous white man in South Africa’. Denis admits that being part of the struggle whilst white was sometimes difficult and isolating, however his dream to build infrastructure for all of his countrymen – and not just the white ones – kept him focused on the path towards equality.

For his role in challenging the apartheid government, Goldberg was sentenced to life imprisonment in the Rivonia Trial. He served 22 years in prison, isolated from his comrades by a segregated prison system. Since his release, he has worked tirelessly to champion the economic and social development of South Africa, including service in President Mbeki’s government.

The restless passions of Kathrada, Mlangeni and Goldberg as equal rights campaigners should serve as an inspiration to us all. Their sacrifices which include not just their combined 74 years of imprisonment under a discriminatory system, but also their irredeemable loss of time with family and loves ones, served to benefit us all. By taking action against injustice they brought down apartheid and proved that activism really can build a fairer, more equal world.