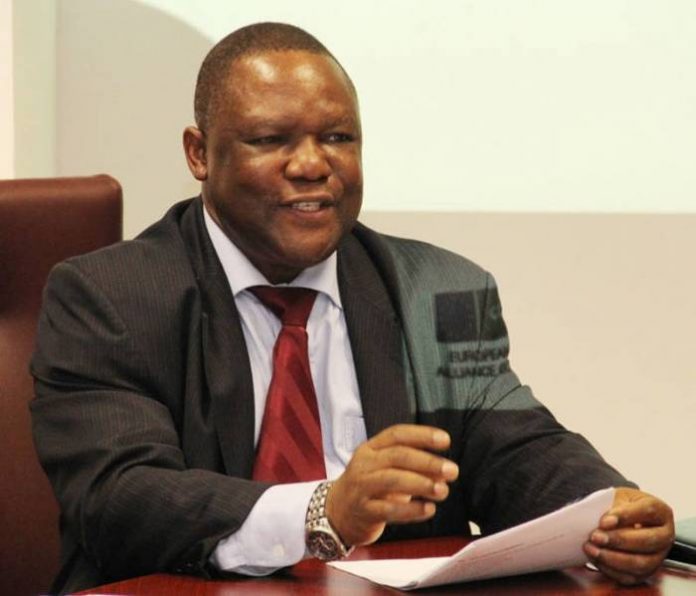 Ex-Deputy
governor of CBN has accused a northern governor of been the commander of Boko
Haram.

A former
Deputy Governor of the Central Bank of Nigeria (CBN), Obadiah Mailafia has revealed
that a northern governor is the commander of dreaded terrorist group, Boko
Haram.

Mailafiya
made this revelation during an interview on Radio station, Nigerian Info, while
reacting to the current crisis rocking Southern Kaduna.

He said he
has information from top bandits operating in the Northern part of the country
to the effect that a serving governor in the region is their top commander.

The former
CBN deputy governor also disclosed that Boko Haram terrorists and bandits are
the same people, with sophisticated networks.

When asked
if the government was unwilling or unable to protect the people of Kaduna,
Mailafiya said;

“In fact,
it is not only unable, it is unwilling and we have good reason to feel that
they are part and parcel of the killers let me make some revelations to you”

“Boko
Haram and bandits are one and the same, they have a sophisticated network.
During this lock down, their planes were moving up and down as if there was no
lock down, moving ammunitions, moving logistics, moving money and distributing
them to different parts of the country.”

He said
that the dreaded groups have plans to start going into the cities to kill
prominent people as part of the phase two of their campaign of bloodshed, and
ultimately want to start a war in Nigeria in 2022.

“They are
already in the South; in the rainforests of the South. They are everywhere.
They told us that when they finish this rural killings, they will move to phase
two.

“The phase
two is that they will go into the urban cities, going from house to house
killing prominent people. I can tell you that this is their game plan. By 2022,
they want to start a civil war in Nigeria.”

Mailafia
warned that his statements should not be taken as a joke, as according to him,
he is certain about his claims.

“Don’t
joke with what I’m telling you,” he warned. “I have a PhD from Oxford
University, I’m a Central Banker, we don’t talk nonsense. I have this
information from the highest possible authority.”

This is
coming one week after Senator Ali Ndume revealed that one of the repentant Boko
Haram member, who was recently integrated into the community, killed his
father, stole his wealth and disappeared.