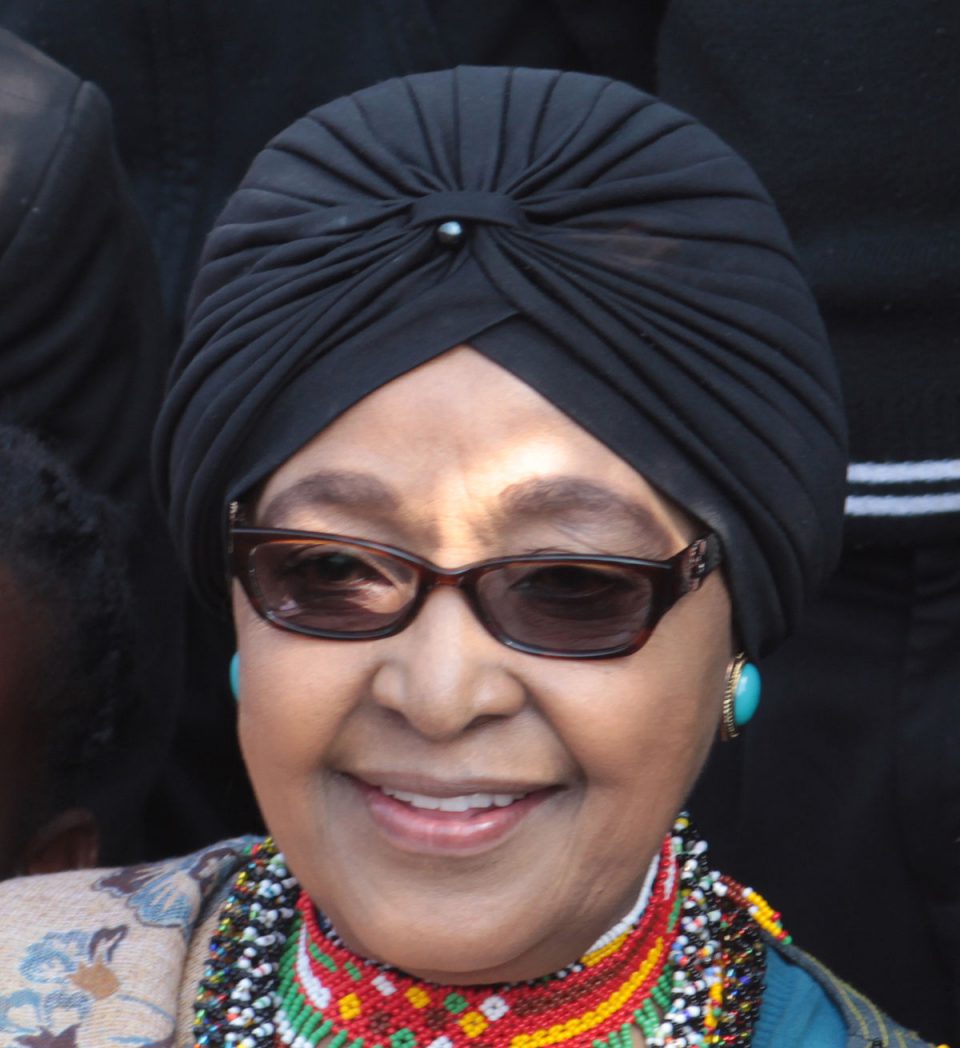 Mama, I attended your funeral. I was outside your home in Orlando your  on the morning of the day we, as a nation, bid you farewell. I was there for work, to cross live into the news bulletins. You see Mama, I am a journalist. A broadcast journalist which, by many, is considered one of the coolest jobs on earth. But to be honest, I didn’t care about that because it was so surreal, being there, seeing the casket, the eerie silence outside your house as you were taken to the Orlando Stadium where thousands waited for your arrival. I was not necessarily there as a journalist, I was there as a South African. As your child, Mama. You see, what most people don’t really appreciate is how extremely difficult my job is. It is not easy and glamorous at all. Yes, many of my proudest moments were borne because I am a journalist. In fact, one of those moments, Mama, is covering the story of your departure, your memorial and your official send off.

I am of praised and sprinkled with admiration by people when they find out I am a journalist, or when they meet me somewhere and realise that I am “that Masego Rahlaga girl from Eyewitness News”. I am told what sterling work I do and while that is obviously wonderful and very comforting, this time I actually don’t want to be told how great my coverage of your passing was. I don’t want those messages and calls, I want to be asked how I am doing, whether I am okay after burying you. Well, I am not. I am not okay after losing you.

I have never, with the passing of any other icon of our struggle, cried the way that I have with you. I have been sobbing. Even as I write this, I am literally weeping. I want to scream, but my body will not allow it. The intent, the feeling, is there, but my voice, my cry, just won’t come out. I had a conversation with my mother about this too, telling her I have never felt this way and could not understand why I was crying so much. I mean, after all, I never knew you personally and we had never formally met. My mother helped me realise why I am so hurt by your passing. You are my mother, she is you, I am you and you are me. You are us and we are you.

Mam’ Winnie, I am so young. I never had to go through what you went through or what my mother and other close family members went through. I have never had to endure that much pain, yet I am so tired. No… I am angry! I am angry because after all that you have been through, your story is still exactly the way my story as a black woman is unfolding. We, black women, are treated as though we are just being rushed to our deaths. We always must fight. Always! And although we know we must continue, we also know that the shackles are only being made easier to walk in, they are being made easier to bare. It is so heartbreaking because we sometimes ignore the fact that they are still there. It’s heartbreaking, Mama, because you fought. Blood was spilt, lives were lost and soldiers fell. You know our plight, Mama. You were there right until the very end, you never left us, literally. Your reputation was tarnished, you were left in the lurch, disowned and shunned, but you stayed. You were sidelined because you spoke out, you were labelled, you were spat on because you refused to conform to patriarchy. This is still how black women are being treated. We speak up about being unhappy in the workplace, they label us “angry”. We speak up about being unhappy at home, we are labelled rude, rebellious. We try to preach at churches and we are told we cannot lead congregations.

Even if we do work in senior positions in our workplace, we are not remunerated fairly compared to other races and our male counterparts. Either way we are doomed. It’s a “double-whammy”. That hierarchy created by society? We are right there at the bottom. Even animals are treated better. You knew this Mama; you were with us right until the very end. By virtue of being born black and female, you are already trained and prepared to fight. Always fight. I am tired of fighting Mama, and I think this is why I am so upset.

Mama, we changed the song “iBambeni”, the one you used to love singing during some ANC events. We changed it to honour your name, your legacy and not that of President Oliver Tambo. And that was not because we want to erase his immense contribution to our freedom, but because we love you, and you too deserve the acclaim. Instead of bafana (boys) we now say bafazi (women), instead of zinsizwa (men) we now say zintombi (girls). And instead of Oliver Tambo, we now say Winnie Mandela. We sang the song this way at Orlando Stadium, both on the day of your memorial service and the day we said our final goodbyes to you. When we got to that part, Mama, the part where we say your name, we would have our fists in the air. The stadium was filled with so much pride. Tears filling the eyes of both women and men.

Burying you made me think of my grandmother, the love of my life. She is just two years younger than you. She, too, is one of those who lost her husband to the hands of the brutal, ruthless and heartless apartheid regime. My grandfather died from complications at home, in my grandmother’s arms, after being attacked on his way home from work a few months before. My mother, his second born, was just eight years old at the time. I stopped asking my grandmother about my grandfather because I realised it makes her sad. She does tell me stories about my uncle though, her third child. He was active in the movement. He passed away thirteen years ago but also told me many stories before he departed. He was arrested a couple of times and detained at the Protea Police Station. My grandmother says whenever she would go there to ask the apartheid police to release her son, they would tell her he is not there. Meanwhile, they were beating and interrogating him inside a cell just metres away.

Mama, I was five years old when Chris Hani was murdered. I was in Moletsane, Soweto, where I lived with my grandmother, mother, aunts and uncles. I never fully understood and appreciated the sadness that suddenly fell on the township at the time. It did not sit well with me that my uncle was crying and so upset. He explained to me a few days later that Chris Hani had been killed and that he would be attending the funeral. There was so much sadness in the township, so much anger. My youngest aunt and I were left at home the day the funeral took place, also in Soweto. I remember a huge crowd of people marching that morning. It was cold. I remember my aunt holding my hand really tight as we went to the store to buy some bread. It was unusual, I could smell the anger and fear in the air. People were setting tires on fire and sitting on their roofs, watching the streets as though they were looking for or hiding from someone. That is why, Mama, I was so deeply disturbed last year when I went to an Exclusive Books store at a Pretoria mall to look for Lindiwe Hani’s book “Being Chris Hani’s Daughter”, and the white girl behind the counter asked me “who is Chris Hani?” I felt as though I had just been slapped so hard across the face, like someone had just spit in my face and kicked me in the stomach. I walked out of there, defeated. But I walked back and told her exactly what I thought of her ignorance.

My job has afforded me so many opportunities. For instance, I was so fortunate to cover the entire South-Western Township during the 2016 local government elections. I was proud because I got to follow you in Orlando where you cast your ballot. My job meant everything to me that day. Even my editor sent me a message after hearing me speak about you on air, and said she could hear my passion and could tell that I wanted to be there. You touched my hand that day, Mama. I held my breath in awe of you and couldn’t even speak in that moment. Not even to ask you for a photo. I know you would not have refused had I been able to make that request.

Thank you, Mama, from the bottom of my heart. From the core of my being and every ounce of who I am. Thank you for fighting for me and always putting me first.