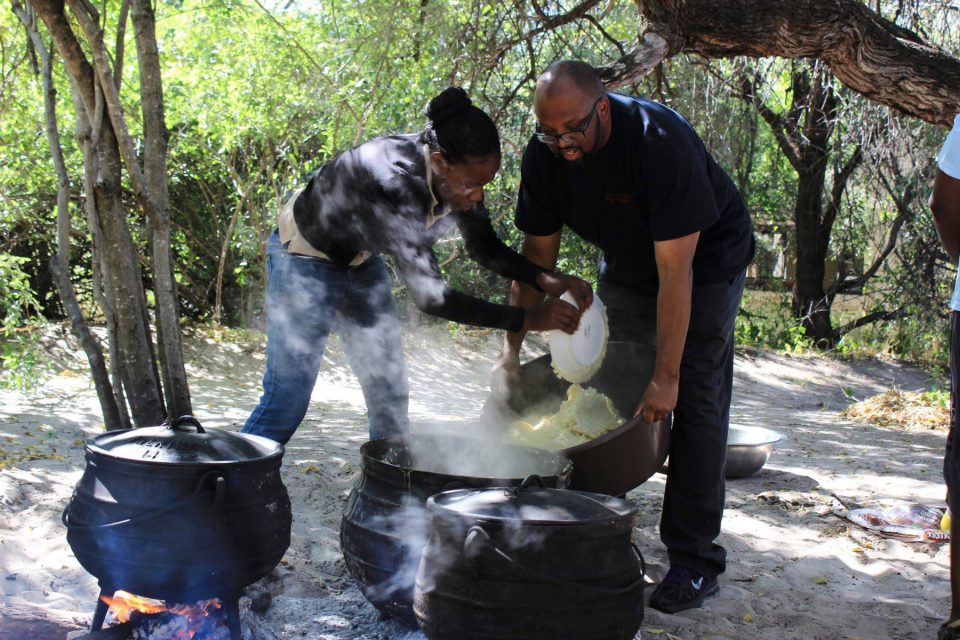 Ever been told you have “champagne tastes on a ginger-beer income”? Actually, I think the statement’s true of about 99% of the world’s population but, hey, what’s the point of life if you cannot aspire to the finer things it has to offer?

If travel appeals to you, there’s a good chance you’ve looked at magazines or watched television programmes and been horribly envious of some of the vacation destinations of the so-called rich and famous.

“I could never afford that!” you’ve probably told yourself on more than one occasion.

Botswana has historically fallen into this category for most South Africans, even though the heart of this wildlife paradise is less than an hour’s flight from OR Tambo International Airport. Our northern neighbour has long pursued a high-value, low-impact tourism model, which means fewer visitors paying more for their stay.

Generally, prices for the various camps and lodges are quoted in US dollars which means that all but the tackiest destinations are way beyond our wildest South African dreams.

Perhaps that is becoming something of the past with a newly launched initiative by Natural Selection, a collection of nine owner-operated lodges that aims to make the country more accessible for travellers from southern Africa.

The facilities will be offering “residents’ rates” to all permanent residents of Southern African Development Community (SADC) countries.

Regular visitors to SANParks reserves will know that something similar is in place at South Africa’s state-owned wildlife and nature reserves.

The lodges in the Natural Selection portfolio are divided between the Makgadikgadi National Park and Okavango Delta, two of the most sought-after corners of Botswana. The properties allow travellers to choose their preferred lodge based on budget and personal taste, while offering the same unrivalled access to two of Africa’s great wilderness areas.

And thus I recently found myself wallowing in the same swimming pool that I’m pretty sure Prince Harry and wife-to-be Meghan Markle graced just a few months before. It was at a tented camp called Meno a Kwena (“teeth of the crocodile”) overlooking the Boteti River just 100km by road from Maun international airport.

“Meno” is situated in the Makgadikgadi Pans National Park, which encompasses an area of about 4000km2 and is home to vast numbers of elephant, the vast majority of which are male.

The pool (which I enjoyed while most of my colleagues were out on the river for a sundowners cruise) is of the plunge variety – a far cry from that we’d gratefully thrown ourselves into at Planet Baobab at Gweta the previous evening.

It’s known as the largest swimming pool in Botswana and, when temperatures are nudging 35C, you don’t stray far perhaps to the bar about 30m away.

While being the least “fancy” of the properties we visited, it offered all the facilities, good service and bonhomie of a lodge with a higher star grading. The giant baobabs – some of which are over a thousand years old – provide an awesome (in the original sense of the word) backdrop.

If Planet Baobab has the biggest swimming pool in the country, Jack’s Camp has the coldest.

Jack’s is the granddaddy of tented camps in Botswana and was established by explorer Jack Bousfield over half a century ago. It retains a strong old world feel down to the “honesty” bar and separate tent for the fabulous daily high tea spread that is served just before guests embark on an afternoon game drive or other activity of their choice.

Two of the most popular options are visiting a colony that has become habituated to humans and quad-biking across the pans. Having a meerkat sit on your head to keep watch for predators – that section of Botswana is completely flat and any height advantage is greatly appreciated – and is a great example of the animal kingdom using man to its own advantage.