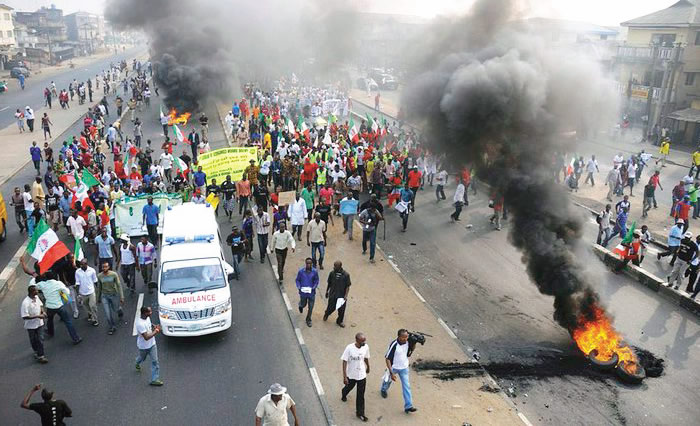 The condition of affairs of Nigeria was once the envy of many countries.  She is the most populous country in Africa and richly endowed with first-rate class of humans from diverse socio-cultural backgrounds; for her use also are large deposits of agricultural and mineral resources. Because of the benefaction, the country remains a major trading partner of several countries including the world powers. Nigeria is relevant and strategic to the world survival, but remains a puzzle because of her inability to attain rapid socio-economic development in order to pull out the majority of her citizens from poverty.

By her natural endowment, Nigeria is also expected to be at the forefront in the affairs of Africa – a beacon, and hope for the total emancipation of Africans from the shackles of illiteracy, corruption, hunger and bloodletting.

But getting the equilibrium to jump back unto her path of glory is faltered by a plethora of violent conflicts. Many of the states making up the six geopolitical zones on which the country is structured are being confronted by one form of violence or the other: acts of terrorism, insurgency, herder-farmer’s and ethno-religious conflicts, deliberate destruction of pipelines,  armed robbery/banditry, cruel kidnapping, cultism, political assassination and the perennial election violence. On a daily basis, the media is crammed with the death of innocent Nigerians and huge destruction of public and private assets and property worth millions of naira arising from these violent conflicts. The situation is worrisome in spite of the efforts of our gallant military, the police and other paramilitary agencies to stem the tide of the violence. The huge human and financial resources going into the various activities to stop or curtail the conflicts will definitely impact negatively on the performances of the government and our desire to transcend from an economy that is consumption-based only to a manufacturing/producing one.

It was this crummy atmosphere of insecurity staring Nigerians in the face that took the acting Director General of the Institute for Peace and Conflict Resolution, Dr. Bakuttswah Bakut to Jigawa State recently. The IPCR’s mandate covers in-depth research on peace, conflict and security-related matters; analysis of related issues, production of policy briefs and response options for the government; and it also engages in direct intervention. The National Peace and Conflict Resolution Seminar recently held in Dutse, capital of Jigawa State, was very important towards tackling Nigeria’s plethora of violent conflicts.

The choice of Jigawa, according to Bakut, was innovative. The state borders Bauchi to the east, Kano and Katsina to the west, and Yobe State to the northeastern part; the state also shares international border with Niger Republic providing inimitable opportunities for cross-border trading. But, what the IPCR finds interesting about this state of about five million people is the fact that all the states sharing borders with her including parts of Niger Republic are embroiled in violent conflicts yet Jigawa State remains relatively peaceful. Bakut said the Institute was in the state to tap knowledge, to learn the resilience of her people and the things being done by the government and people to achieve the peaceful atmosphere being enjoyed by them for possible replication and transfer to other states of the federation.

Although there will be publications on the findings, the principles in operation and the elements sustaining the peaceful coexistence of the people in the state, the contributions of some of the participants at the seminar unravel some of the ingredients for durable peace. The Matawalli Rigim, Engr. Kamilu Abubakar and Representative of the Commissioner for Women Affairs, among others attributed the peaceful atmosphere of the state to the inclusiveness of governance, recognition of the roles of the traditional institutions and respect for leaders of religious groups in the state. Community leaders give regular reports to the paramount ruler on the happenings in their domains while religious leaders meet regularly to take critical decisions with such mutual trust.

Representatives of the police, the DSS and other security agencies appreciated the spirit of patriotism being exhibited by the people in the state, noting that their duties for effecting policing of the state were made easy because the people often volunteered useful information in good time.