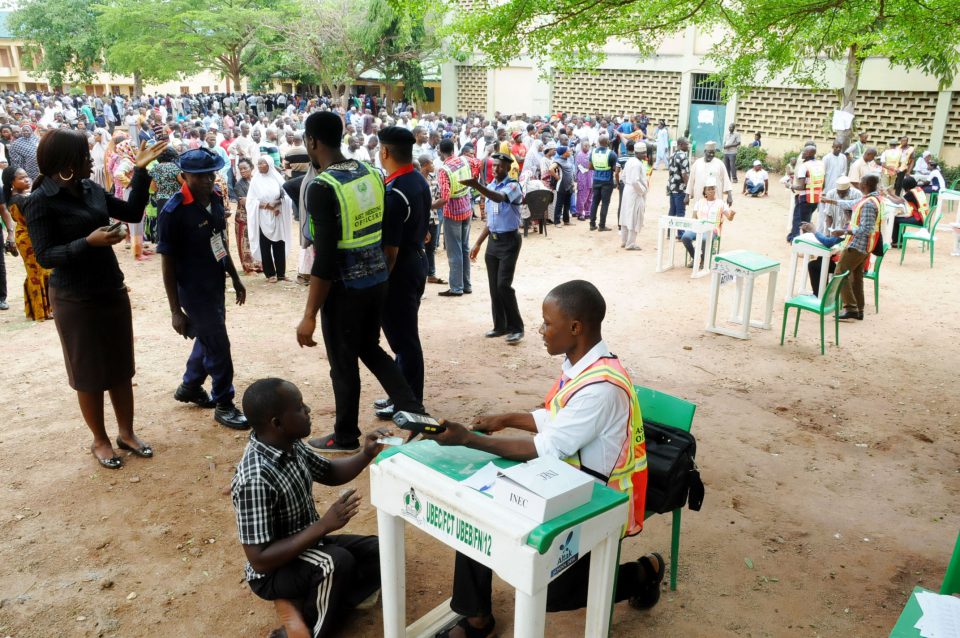 Tens of millions of Africans will go to the polls this year in the hope of using the ballot to deepen the quality of democratic governance. From the rural hinterlands to major cities, from the continent’s south to the north, at least 20 nations will hold presidential (Nigeria, Tunisia, Mauritania), parliamentary (Guinea, Cameroon, Mali) and council polls (Ghana, Niger).

For all the possibilities presented by free and fair polls, uncertainties continue to loom over key ones like Libya’s presidential and parliamentary polls. Divisions along regional and tribal lines have torn apart the North African state since Muammar Gaddafi was deposed in 2011, leaving many people struggling to secure basic amenities.

The intersection of technology and democracy will also come to the surface in elections including South Africa and Nigeria’s, where news organizations and social media giant Facebook have both kick started initiatives to tackle misinformation and fake news. Internet shutdowns, which have become a recurring factor during tense political times, could also be an issue in countries like Mali, Chad, and Algeria who have previously disrupted connectivity.

In a region of liberation movements turned leading political parties, there are unlikely to be major surprises in southern Africa’s election season. South Africa, Namibia, Botswana, and Mozambique are all ruled by political powers that have been in command since independence. Despite political dissatisfaction, these political parties have always been able to tap into the emotional connection of history, and the weakness of opposition parties.

As African voters face these issues and more, here are 10 elections to watch in the next 12 months, listed in chronological order:

President Muhammadu Buhari, 76, is seeking re-election and will be up against his former ally turned rival Atiku Abubakar, 72, who served as Nigeria’s vice president between 1999 and 2007. Buhari is again running on his anti-corruption message while Atiku is promising to fix Nigeria’s under-performing economy and tackle high unemployment. But with an increasingly discerning electorate, largely consisting of young voters who are more vocal about the shortcomings of the political establishment, “third force” candidates like #BringBackOurGirls activist Oby Ezekwesili will be hoping to cause an upset. The presidential election takes place on Feb. 16.

President Macky Sall will be seeking a second term in office with a focus on economic growth. The 57-year-old former geologist kick started his presidency in 2012 by launching the ambitious Plan for Emerging Senegal, which aims to transform key sectors from agriculture to healthcare, public administration and education by 2035.

In a 2016 referendum, Senegal voted to reduce presidential terms to five years from seven years, a proposal promised and backed by president Macky Sall. His re-election prospect was boosted by the ruling Benno Bokk Yakaar coalition’s sweeping parliamentary victoryin Aug. 2017. Two leading opposition figures, son of former president Karim Wade and ex-Dakar mayor Khalifa Sall (no relation) will be unable to contest due to corruption convictions. The election takes place on Feb. 24.

Two decades since coming to power, president Abdelaziz Bouteflika will run for a fifth consecutive term in office. The 81-year-old veteran politician is frail and confined to a wheelchair and last addressed the nation six years ago. In 2015, speculation even surfaced about an internal coup suspected to have been carried by a clique led by Bouteflika’s brother who was said to be running the country on his behalf.

Analysts say the ruling National Liberation Front party’s endorsement of the octogenarian signifies its decision to use Bouteflika’s popularity and record of returning peace and stability to Algeria to maintain the status quo.

As the oldest liberation movement on the continent, the African National Congress’ roots run deep, but the original home of Nelson Mandela has become a party that is clearly struggling with internal turmoil. Taking over right after former president Jacob Zuma resigned under a cloud of corruption, this election is also an opportunity for president Cyril Ramaphosa to legitimize his power through the popular vote.

The party’s decision to focus on land redistribution could be seen as a populist move to woo disenfranchised young voters who may have gone to the more radical Economic Freedom Fighters. While the vote is unlikely to affect the process already underway, it is a deeply emotive issue that may influence voters’ willingness to give the ANC another chance.

The southeastern African state will hold presidential, parliamentary and local elections on May 21 with president Peter Mutharika leading the ruling Democratic Progressive Party. The vote will take place amid mounting corruption cases, with Mutharika himself denying accusations of bagging a kickback from a $4 million government contract.

Mutharika will be challenged in the ballot by his own former vice president Saulos Chilima, whom he fired last November and ex-president Joyce Banda, who is seeking the nomination of her People’s Party and has called on the 78-year-old leader to resign.

Since coming to power in a putsch in 2008, president Mohamed Ould Abdel Aziz has overseen controversial changes in the northwestern African state, including abolishing the senate and instituting a new national anthem and flag. The 62-year-old leader has said he won’t defy the constitution and run for a third term, but he’s yet to identify a successor and statements from his own supporters have heightened opposition suspicion that he might run again.

But even if he doesn’t contest again, analysts predict he will be replaced by a loyalist from the ruling Union for the Republic party, barring any major political and economic changes.

Mozambique will hold presidential, legislative and provincial elections on Oct. 15, a poll where the scale of victory will likely tilttowards president Filipe Nyusi’s ruling Mozambique Liberation Front (Frelimo). The general election comes amid peace talks with the opposition National Resistance party (Renamo) which was involved in a 16-year civil war that ended in 1992. Renamo is set to elect its head this month following the death of its founder Afonso Dhlakama last May.

The Botswana Democratic Party has been in power since 1966 and has established a politically legitimate succession plan that maintains the incumbent’s power. The presidential term ends more than a year ahead of the national election, meaning a new president is elected by parliament before the popular vote takes place, and effectively giving the BDP’s presidential candidate, current president Mokgweetsi Masisi, an almost guaranteed lead.

The issue has become a symbol of the slow rate of economic transformation where white Namibians, who make up less than 10% of the population, own 70% of commercial farmland. Still, Namibia’s weaker-than-expected economic growth is unlikely to unseat SWAPO.

At 92, president Beji Caid Essebsi has the distinction of being the world’s oldest elected president and is expected to run again after first coming to office in 2014 as the winner of the north African country’s first free and fair election. Long touted as the Arab Spring’s lone democratic success, the north African nation aims to re-establish political and economic stability by holding crucial presidential and parliamentary elections. In recent years, scarcity of jobs, rising costs of living, and the deterioration of the security situation have prompted protests across the nation.

Just last month, a journalist set himself on fire to highlight dire living conditions, a nod to the street vendor Mohamed Bouazizi who self-immolated and kickstarted the Arab Spring protests eight years ago. The despondency over the political process was highlighted in the May 2018 municipal polls, with just 33.7% of the voters casting their ballot.