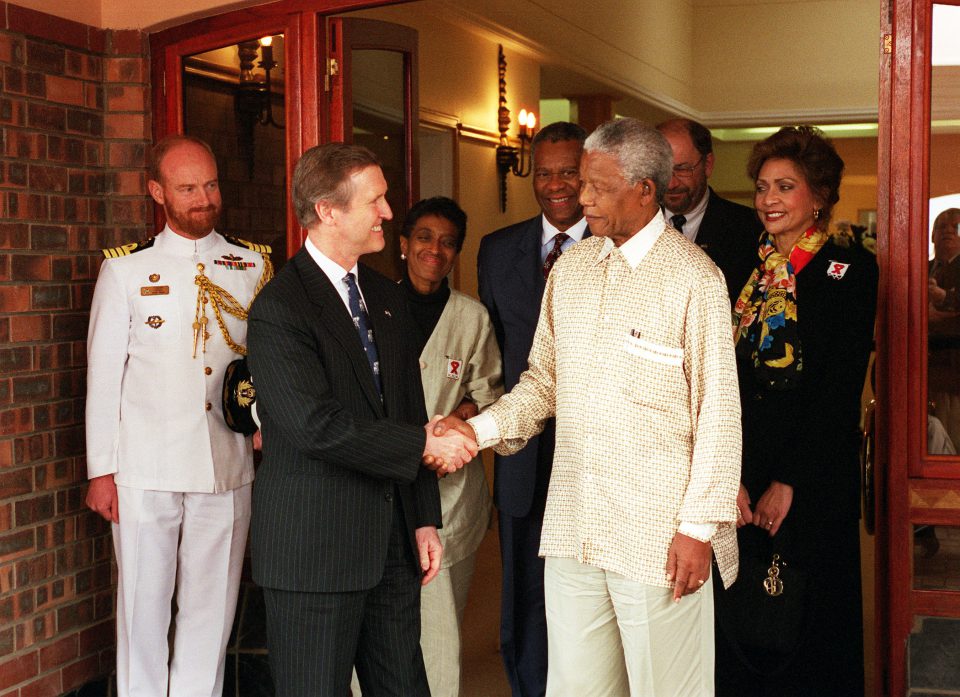 An unpublished letter written by the late president Nelson Mandela from his prison cell in 1974 – in which he sings the praises of a fellow anti-apartheid activist‚ Michael Harmel – will go under the hammer next month.

The letter‚ written to Harmel’s daughter‚ is to be offered at auction house Bonhams’ South African Sale in London on September 14. It has an estimated value of £50‚000 and £100‚000 – or between about R937‚000 and R1.87-million at current exchange rates.
The letter is addressed to Barbara Lamb‚ and sends condolences on the death of her father – the news of which had only recently reached Mandela in October 1974. Harmel had died in Prague‚ Czech Republic‚ several months earlier‚ in June 1974. He was 59.
Bonhams said that at the time of the letter Mandela was 10 years into a life sentence‚ following his conviction for sabotage at the Rivonia Trial in 1964.

Mandela first met Harmel at a Communist Party meeting in the 1940s.
In the letter‚ Mandela writes movingly about his initial failure as a young college graduate to appreciate the older man Harmel’s gifts.

“I was convinced that he did not deserve the honour of being placed amongst the elite. It was some years later that I came to accept his simplicity as a virtue on which one could model his own life‚” an excerpt of the letter reads.

Over time‚ Mandela and Harmel’s friendship grew.
Harmel’s wife‚ Ray‚ a seamstress and ardent supporter of the anti-apartheid movement‚ made Mandela’s second wife Winnie Mandela’s wedding dress at Mandela’s request.
The famous post-wedding photograph of the newly-married couple was taken at the Harmel’s house.

Elsewhere in the letter Mandela reflects: “He was one of those men who fully understood the meaning of their life as part of mankind generally and as individuals. His peep into the future very often coincided with one’s most intimate hopes and dreams. May he rest in peace‚ for ‘his work on earth is done’.”

Bonhams said the conditions under which Mandela lived when the letter was written were brutal.

“Although by 1974 he had progressed from a Grade D to a Grade A prisoner‚ and was able to maintain more contact with the outside world‚ he was still sleeping every night on a stone floor‚ breaking stones in the yard every day during the week‚ and was confined to his cell 23 hours a day at the weekends‚” Bonhams said.

Despite the hardships and the sad circumstances that prompted him to write the letter‚ Mandela seems to maintain a sense of perspective and humour.

Looking forward to his freedom‚ he promises to take his European “sisters” – close friends who had supported him in the days of struggle – to a feast and then to invite them to join in Umngqungqo‚ the Xhosa dance performed by elder women to celebrate girls who are coming of age.

“When Nelson Mandela wrote this letter he had endured 10 years of appalling treatment with no prospect of release‚ yet he retained his humanity‚ his sense of humour and his faith in the future. He writes with almost conversational grace and ease. It is a wonderful letter‚” Bonhams’ director of the South African Sale‚ Giles Peppiatt‚ said.