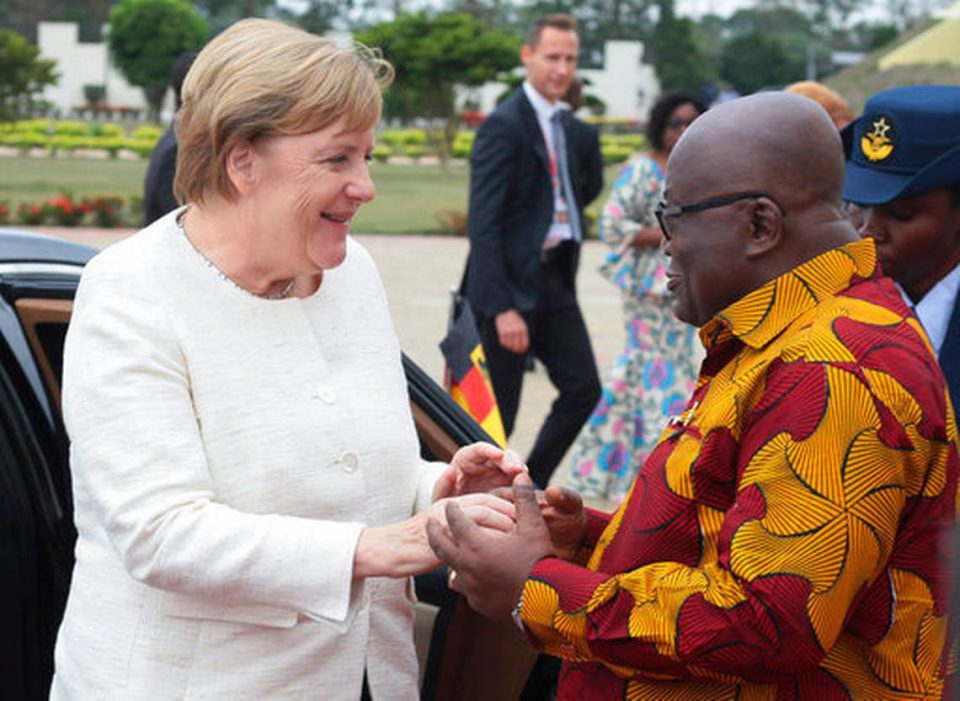 German Chancellor Angela Merkel is set to begin a tour of three West African countries, Senegal, Ghana and Nigeria, with efforts to boost economic ties and limit irregular migration to Europe expected to dominate her agenda.

Analysts say the three-day visit beginning in Senegal marks Germany’s belated growing interest in parts of Africa and preoccupation with the flow of undocumented arrivals in the European Union.

“Africa has many conflicts and some people are fleeing very, very difficult conditions,” Merkel said in a video address published on the chancellery’s website on Sunday.

“But we also know, on the other hand, that African countries could be a good market down the line. Other countries are already very active here.”

Senegal, Ghana and Nigeria face some high hurdles and have an important role to play in finding solutions to conflict in the region, said Merkel.

Robert Kappel, a development economist from the University of Leipzig in Germany, told Al Jazeera that Nigeria was an important oil exporter to Germany, but Ghana and Senegal had limited economic ties with it.

However, imports from sub-Saharan Africa accounted for only 1.1 percent of total foreign trade in 2017, similar to the year before.

“Chancellor Angela Merkel’s visit to these three countries is a show that Germany is much more interested in the continent,” Kappel said.

Last year, during its G20 presidency, Germany launched two programmes for cooperation with the continent: compact with Africa, an initiative to promote private investment in infrastructure; and the Marshall Plan with Africa, a proposal to rewrite Germany’s aid relationship with Africa.

George Kibala Bauer, a Congolese-German contributing editor at Africa is a Country online publication, told Al Jazeera that Merkel’s recent interest in Africa was the result of a considerable political pressure against her, including from her own political allies, for her perceived open-migration policy.

“This is not only morally questionable but also practically misguided,” he said.

Merkel has found in Mahamadou Issoufou, Niger’s president who was re-elected in 2016 after winning a controversial runoff, a key partner in her efforts to curb irregular migration to Europe, pledging millions of dollars to his government.

She also supports the European Union’s proposal to build detention centres in North Africa, where migrants would be processed. The EU plan, details of which remain scant, has been condemned by international human rights groups and UN officials.

Bauer said the EU has increasingly empowered third countries, and effectively outsourced certain tasks to states in the Sahel region and the Horn of Africa.

“The Geneva Convention and German law grants every asylum seeker the right to a fair trial to determine his asylum status. As the outsourcing process becomes increasingly prevalent, this right will be put in jeopardy,” he said.

“From a human rights perspective, outsourcing has often meant that EU funds have effectively empowered state security services in countries such as Niger, Libya and Sudan, which have a track record of human rights violations.”

High on the agenda

On her tour, Merkel is expected to discuss migration prevention with the leaders of Ghana, Senegal and Nigeria, where a large portion of African migrants arriving in Germany originate from.

The chancellor hopes to find a way to prevent them from starting their journeys, including providing more development aid to their countries.

Bauer said: “It is surprising and disappointing to many that Europe spends such degree of energy and resources on deterring migration”.

“Many young people are also dismayed that many European leaders fail to recognise the contribution that migrants can make in their societies,” he added.

“Countries such as Senegal and Nigeria themselves host migrant communities from neighbouring countries. Many African countries host more migrants and asylum seekers as a proportion of their population than European countries currently do.”

By contrast, Mehler added, democratic but “difficult and self-confident” Nigeria would not accept “chequebook diplomacy”. German money would not be able to make a difference for Nigeria’s large population anyway, he said.

“Nigeria, a giant on feet of clay, does not need or get German development assistance,” Mehler said.

Kappel said Merkel might try to offer military assistance instead in the form of Germany providing training for the Nigerian army as the country battles the Boko Haram armed group in the north.

“If Nigeria is more stable, then it contributes to stabilising the whole Sahel region and that will reduce the refugee problem for the European Union,” he said.

“I think Chancellor Merkel will try to convince the Nigerian government [to cooperate on the migration issue] not with money but perhaps with the training of the military and police, and perhaps better weapons.”