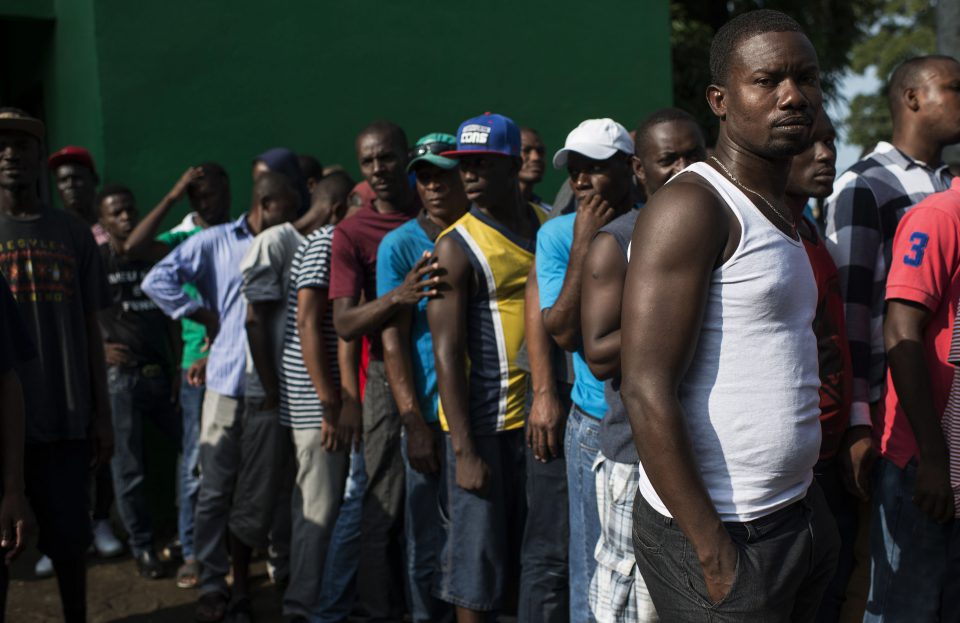 Economic migration from Africa to Europe driven by poverty could double in the next decade unless urgent investment is made in job creation for young people in rural areas, the head of a UN financial body has warned.

The global population is forecast to reach 9.9 billion by 2050 – a 29% increase – with most of that growth in Africa, where the population is expected to double to 2.6 billion.

Gilbert Houngbo, the president of the International Fund for Agricultural Development, said that with 60% of Africa’s young people living in rural areas, global leaders need to prioritise investment in their futures to curb forced migration, feed a growing population and help smallholder farmers – who are facing the added burden of climate change – become not only self-sufficient but profitable.

In an interview with the Guardian, he said: “If today Europe is struggling with economic migration [driven by poverty], can you imagine the extent of migration 10 years down the road with the African population set to double?”

He acknowledged that while 80% of African migration occurs within the continent, migration from Africa to Europe is increasing.

“It’s very simple,” said Houngbo. “If we do not take decisive action now, expect migration levels to double both within Africa and to Europe. That projection makes me very concerned and European nations and UN member states should be thinking about investing in rural transformation.”

The former prime minister of Togo added: “For three years in a row, the state of food security and nutrition report shows that the level of food insecurity and malnutrition has been going up after decades of decreasing.

“If those investments are not there at a time when climate change is also a pressure and when the population is growing then it is very clear that parts of the world will be left facing risk of famine.”

“Investment in sustainable farming is essential for the livelihoods of those in rural communities and for food security but it is not enough to engage the younger generations,” he said.

“That is why we need to look at the bigger picture – the priorities are decent schools, potable water and basic healthcare. I also consider access to WhatsApp to be a basic service. Young people need access to modern technology.”

He said developing renewable energy would also be a consideration as some local grids are not up to the job. “If you cannot charge your cellphone or laptop, it’s difficult to do business.”

Smallholder farms produce 50% of all food calories on 30% of the world’s agricultural land. In sub-Saharan Africa, 80% of all farms are small-scale. Their productivity varies but they are generally characterised by growing subsistence crops and one or two cash crops on a small plot and relying almost exclusively on family labour, with women playing a vital role.

With the right approach, smallholder farms can be turned into profitable businesses that supply local and national markets, generate surpluses and offer communities a pathway out of poverty and hunger, according to Ifad, the UN’s financial institution dedicated to rural areas.

Action is needed by national governments, the development community and private sector partners to create the right conditions to make this possible, said Houngbo. His organisation is due to announce plans for an investment fund for young people in rural areas, available globally, but targeting young people in Africa.

Ifad also wants to encourage rural startups and smallholder farms to develop resistance to climate change. The number of hungry people globally has risen for the third year in a row because of climate variability.

It is currently field-testing a pilot called Cachet, which operates a hedging mechanism to protects smallholders against price volatility. It is already assisting small-scale producers of cocoa in Nigeria and maize in Senegal and aims to scale up to reach more beneficiaries in low- and middle-income countries.

Members of the local savings and credit scheme with Gilbert Houngbo during his visit to Mayuge district. Photograph: Edward Echwalu/IFAD

The scheme protects farmers against selling at a loss. Next year it will expand to use finance schemes to transfer climate-related risks.

Investment in training and empowering women in rural areas is also vital to the transformation of rural economies. Research has shown that if women were to have the same access to agricultural resources as men, about 150 million fewer people would go hungry.

Half of Ifad’s beneficiaries are women who struggle to access finance and land, and face challenges around inheritance and entitlement.

“It’s not just about training the women, it’s about their ability to have a voice in rural life … it is essential they’re part of decision making,” said Houngbo.

“It’s about changing policies and family law so women can attain equal rights. Also, it is one thing to change laws but enforcing them in rural areas can be very tricky if society has not bought into it.”

Irene Nantale, 30, a local entrepreneur from Mashiaga village in Uganda’s eastern Mayuge District, was part of Ifad’s Project for Financial Inclusion in Rural Areasinitiative and is testament to what women can achieve with small loans.

Houngbo said her family had been struggling before she joined a savings and credit cooperative in 2013 and used her first loan to buy 50 chickens and a cow.

When Houngbo visited Nantale in May she had 350 chickens, four cows, 12 goats and two employees on her farm. She had also invested some capital in opening a pharmacy in the village, filling a vital gap in local services. She plans to use her savings to send her three children to university.

“We are looking beyond being food secure – we also want to generate income and profits,” explained Houngbo.

The 57-year-old is no stranger to life in a poor farming community. Growing up in rural Togo, he became accustomed to missing meals and combining education with hard labour. Aged 11 he left his village because his father wanted to give him a better education in the capital.

“I lived 240km away but every weekend and in the holidays I would go back to work on the farm. Vacation to us meant farming, it wasn’t a holiday,” said Houngbo.

“I know what it’s like to live on one meal a day. But it is shocking to think that 50 years on that still exists in parts of the world. To me that is unacceptable and every day I have to ask myself if I’m doing as much as I can to help avoid that.”

… we have a small favour to ask. Three years ago we set out to make The Guardian sustainable by deepening our relationship with our readers. The same technologies that connected us with a global audience had also shifted advertising revenues away from news publishers. We decided to seek an approach that would allow us to keep our journalism open and accessible to everyone, regardless of where they live or what they can afford.

More than one million readers have now supported our independent, investigative journalism through contributions, membership or subscriptions, which has played such an important part in helping The Guardian overcome a perilous financial situation globally. We want to thank you for all of your support. But we have to maintain and build on that support for every year to come.

Sustained support from our readers enables us to continue pursuing difficult stories in challenging times of political upheaval, when factual reporting has never been more critical. The Guardian is editorially independent – our journalism is free from commercial bias and not influenced by billionaire owners, politicians or shareholders. No one edits our editor. No one steers our opinion. This is important because it enables us to give a voice to those less heard, challenge the powerful and hold them to account. Readers’ support means we can continue bringing The Guardian’s independent journalism to the world.

If everyone who reads our reporting, who likes it, helps to support it, our future would be much more secure.