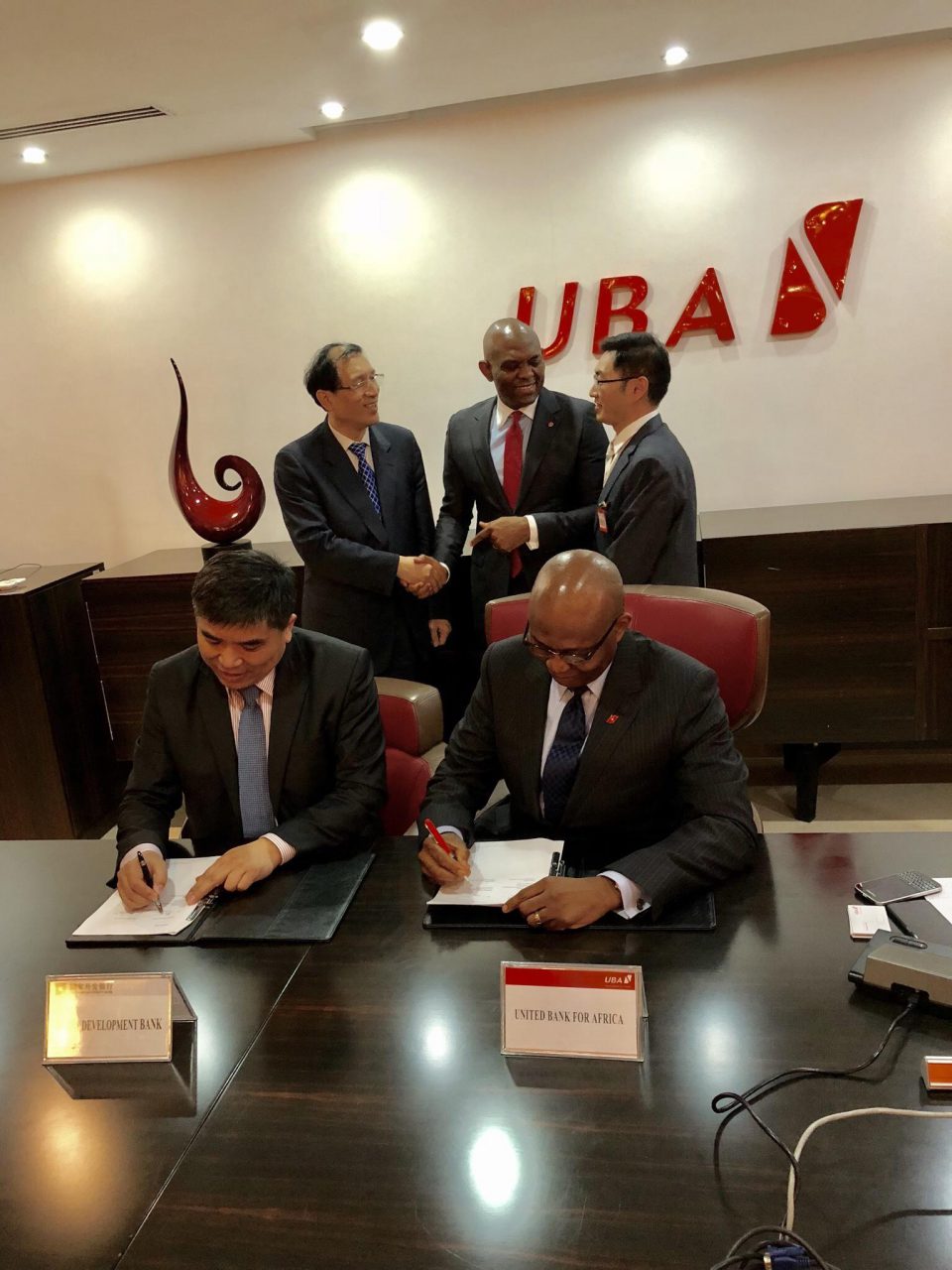 The United Bank for Africa (UBA) Plc, a pan-African banking group and China Development Bank (CDB), the world’s largest development finance institution, has announced the signing of a $100 million seven-year loan agreement to finance the development of small and medium enterprises (SMEs) in Africa.

The $100 million loan will enhance UBA’s capacity to provide access to finance to small and medium enterprises (SMEs) across the 19 African countries where UBA currently operates.

“We are excited to partner with China Development Bank (CDB), the Development Financial Institution of the Chinese Government, on this historic transaction, as we strongly believe that the facility will serve as a catalyst to the sustainable development of commerce and industry in Africa through provision of critical financial interventions to SMEs across our presence countries,” says Group Managing Director/CEO, UBA Plc, Kennedy Uzoka.

Mr. Uzoka noted that this line of credit is timely, as it should complement the recovery of economic activities. It will also further encourage African entrepreneurship particularly as the funds will be applied to SMEs, which are important for inclusive growth on the continent.

Speaking during the signing ceremony, Chairman of UBA Plc, Tony Elumelu, said that the fund will boost small and medium scale enterprises across Africa, noting that CDB’s interest in supporting SMEs aligns with UBA’s vision in growing businesses across Africa.

“In UBA, CDB would have an enduring partner in reaching out to Africans as UBA provides banking services to over 14 million people across 20 African countries, and like CDB, UBA funds critical infrastructural projects on the continent,” Mr. Elumelu said. He expressed that he would like to see an even stronger relationship grow with CDB and UBA as well as with China and Nigeria.

Also commenting, the President of CDB, Zheng Zhijie, said the agreement is the beginning of cooperation between UBA and CDB that would translate into an enduring business relationship between China and Africa and Nigeria in particular.

“UBA is a leading and dependable bank not only in Nigeria but Africa, and this partnership will help our Bank to accelerate its business objectives in Africa, more importantly as we deepen our investment in energy, road and rail constructions, infrastructure in Africa,” Mr. Zhije said.

UBA, Africa’s global bank, is one of the largest commercial banks in Nigeria incorporated which operates in 19 African countries whilst providing a wide range of products and services. UBA is a leading bank in infrastructure financing particularly in the Power, Telecoms and Transport sectors. UBA leads in social infrastructure such as hospital and education facilities to various countries in Africa. In Nigeria, the bank operates in each of the country’s 36 states, helping to deepen financial inclusion through its brick and mortar network as well as through its cutting edge digital platforms. Globally, UBA has over 1,000 branches and customer touch points, serving over 14 million customers.