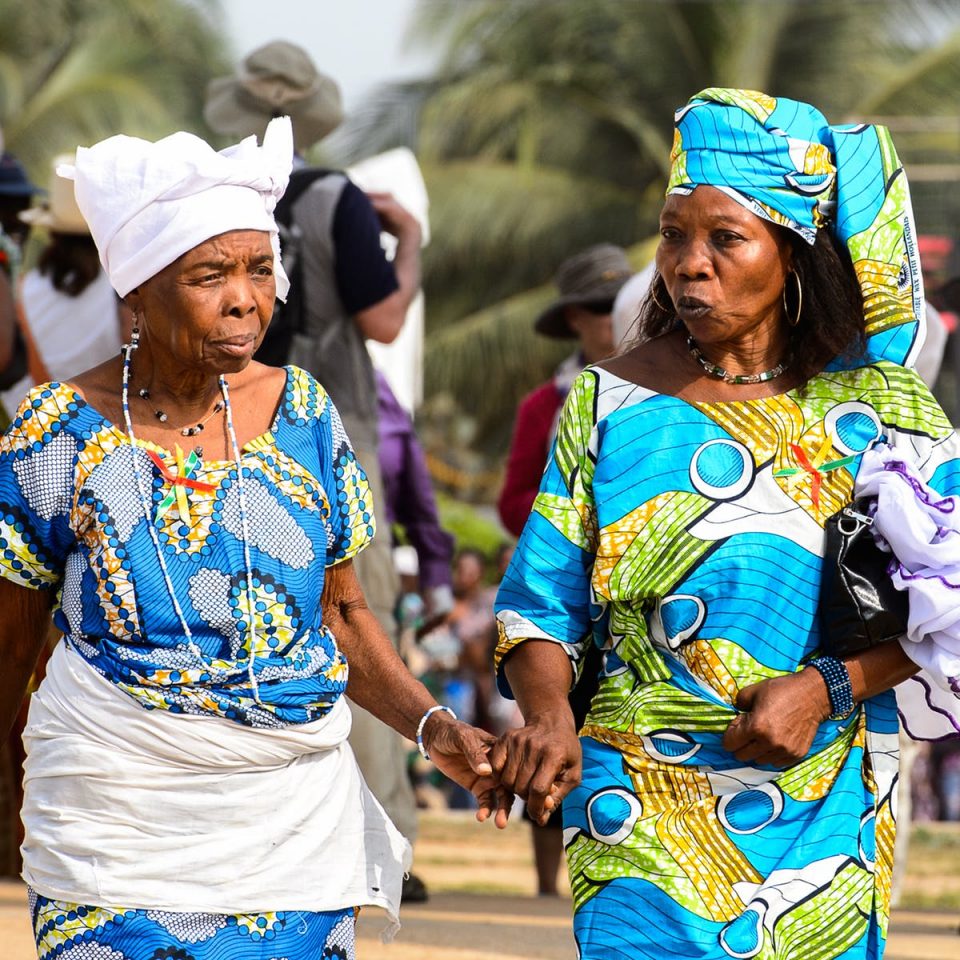 Several studies, covering about 58 countries across the world, found that as women get older they are more able to make decisions independently of men. But scholars have struggled to pin down explanations for this age dividend – why are women given more independence the older they get? We wanted to know what the reasons may be.

In a recent study, we looked at women’s autonomy across age in Nigeria, Togo, Ghana and Benin. These four West African countries are home to ethnic groups that practice “voodoo”, a religion that spread with the expansion of the Dahomey kingdom in the 17th century.

In these countries women are not equal to men. They sometimes won’t be able to make decisions about their own health – like negotiating safe sex – or on how household incomes could be used.

In our sample of 21,000 women aged 15 to 49, we found that autonomy in household decision-making increases with age. This was especially true for women who belonged to the four “voodoo-ethnicities”: Fon, Ewe, Adja and Yoruba. We also found that women had even more power if they are menopaused.

Our findings suggest that both age and magico-religious beliefs have a huge role to play in a woman’s independence. Menopaused women from “voodoo-ethnicities” are much more independent to make decisions on how they spend their own earnings, care for their own health, visit family or relatives and what major household purchases need to be made.

These insights are important for female empowerment strategies. To be effective, policies must identify potential agents of change who can, for instance, influence decisions that improve children’s schooling and nutrition or abolish female genital cutting. Despite their apparent agency, elderly women in West Africa have largely been overlooked.

So, why do women gain more independence the older they get, and especially if they are of voodoo-ethnicities and menopaused?

We analysed data on 21,000 women and their ability to make various decisions. We found that women’s autonomy was related to menstrual bleeding, particularly for voodoo-ethnicities. This was further explored in Benin, the birth place of Voodoo, where we conducted interviews with voodoo priests and menopaused women.

As one woman said:

[Women in menopause] are equipped with supernatural powers. Only she can talk to the ancestors and request their help, assistance and protection. And they respond to her worship and requests, not everyone can do that.

In the interviews we gathered that voodoo adherents worship collective deities (related to the sea, the earth, or thunder) and family deities: ancestors that turn into spirits after death.

The interactions with the family deities are led by a menopaused woman, referred to as the “Tassinon”. Only she can transmit the family members’ prayers and requests to the ancestors and consult the oracle to see if the spirits have accepted the offering and sacrifices.

These alleged powers, in their turn, increase the bargaining power of elderly women in their communities and households.

In situations where the supernatural power of menopaused women has faded, the cultural norm derived from it – increased awe for elderly women – persists.

Our analysis shows that the “Tassinon effect” is sizeable. We created an autonomy index – which looked at a combination of different situations where decisions had to be made and who made them – to measure this and found that it increased their ability to make decisions by about 10%.

As one woman said:

My opinion matters now in all important decisions or issues in the family and in my community. It was not the case before my designation as tassinon. I could not even attend or talk in certain audiences.

Our research provides support for the argument put forward in the African feminist literature, that seniority trumps gender in an African context.

It also adds to the evidence that voodoo continues to play a role in West-Africa. Adherence to voodoo has been proven to affect the governance of natural resources. For instance fishermen who adhere to voodoo are more likely to respect rules related to prohibited fishing gear. It also affects the uptake of preventive health care; for instance because mothers who adhere to voodoo will rely on traditional healers, they may not immunise their children. Now we know that voodoo also affects the level of independence women have in some communities.

A better understanding of cultural attitudes towards elderly African women will become more important for policymakers in the future. As fertility declines and life expectancy increases, elderly women will increase in numbers, both in absolute and relative terms. They could play an important role as agents of change in supporting both child care and female empowerment projects.

For instance in Benin the respect for elderly women is already relied upon in interventions targeting children’s health and nutrition, and in the abolishment of female genital cutting. This could be reinforced and extended to other sectors and to other countries.