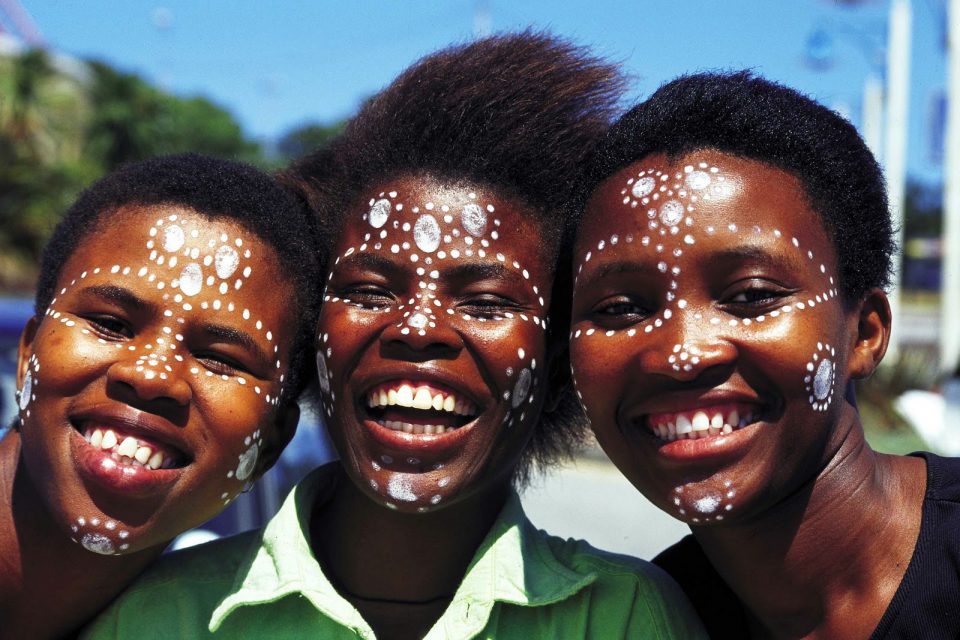 What makes a country happy? Is it wealth, freedom or a trustworthy government?

According to the latest World Happiness Report, compiled by the Sustainable Development Solutions Network for the United Nations, all these factors are key, and measuring happiness is fast becoming a good measure of social progress.

Only five African countries rank among the top 100, and eight of the last ten overall are in Sub-Saharan Africa, having ranked very low on some of the key factors that lead to happiness.

Here are the first ten African countries as they appear on the global list.

Ranking number 38 on the global list of the happiest countries in the world is Algeria, North Africa. GDP per capita played a big role in this ranking, followed by social support.

People in Algeria are also quite equal in terms of happiness, out of 147 countries Algeria came in at number 47 on the list showing standard deviation of happiness, where one is the most equal and 147 is the least.

Number 66 on the global list, just below Turkmenistan, is the island nation of Mauritius.

In comparison to other countries on the list, the perception of corruption was much lower, but GDP per capita was still the biggest reason for the high ranking.

People in Mauritius are less equal in terms of their perception of their own happiness than in Algeria, as Mauritius came in at number 64 on the list showing how equal happiness was across 147 countries.

Just beneath Mauritius on the global list is Libya, North Africa at number 67 out of a total of 147 countries. GDP per capita contributed slightly less to people’s happiness in Libya in comparison to Mauritius, with social support being slightly more important.

The inequality of happiness is high in Libya, as out of 157 countries, Libya came in at number 139 with number one being the most equal.

In Somalia, unlike in any other country in the top 80 on the global list, GDP per capita was not the biggest factor affecting happiness.

Instead social support and freedom to make life choices were highlighted as important in this country located in the Horn of Africa.

The North African country of Tunisia is 98 on the list of 157 happiest countries. GDP per capita played a big part in this ranking, and compared to other countries with similar positions on the list, social support was seen as less important.

In comparison to some of the other countries in the top ten happiest in Africa, happiness is more equal across Tunisia.

Nigeria, West Africa, is the 103rd happiest country in the world. GDP per capita and social support were almost exactly as important as each other to resident’s happiness, with freedom to make life choices listed as slightly less important.

Compared to its African counterparts, Nigeria has relative equality in terms of happiness across the country

People in Zambia, in southern Africa, found that social support was slightly more important than GDP per capita. Freedom to make life choices was also a key factor, putting the country at 106 on the global list.

Equality of happiness is low in Zambia, the country was listed in the 20 countries with the biggest disparity in happiness.

Namibia, in southwest Africa, is ranked at 113 on the list of the world’s happiest countries.

GDP per capita was listed as the most important factor contributing to happiness, followed by social support and then freedom to make life choices.

Equality of happiness was even lower in Namibia than in Zambia, it is among the seven countries in the world with the highest disparity in happiness

In Ethiopia, the GDP per capita was not a major factor in people’s happiness. Social support and a healthy life expectancy were more important with freedom to make life choices having an impact too.

Despite ranking lower than other African countries on the happiness list, there is less disparity in happiness across Ethiopia

In South Africa, people listed GDP per capita and social support and the major factors affecting their happiness.

Happiness across the country is quite unequal, it was listed at number 93, with the country at number 157, South Sudan, having the biggest different in reported happiness.

While countries such as Algeria and Mauritius ranked reasonably high on the global list, eight of the last ten globally are in Sub-Saharan Africa: Madagascar, Tanzania, Liberia, Guinea, Rwanda, Benin, Togo and Burundi, which is at the very bottom of the list and ranked worse than Syria and Afghanistan, the countries that round up the most unfortunate 10