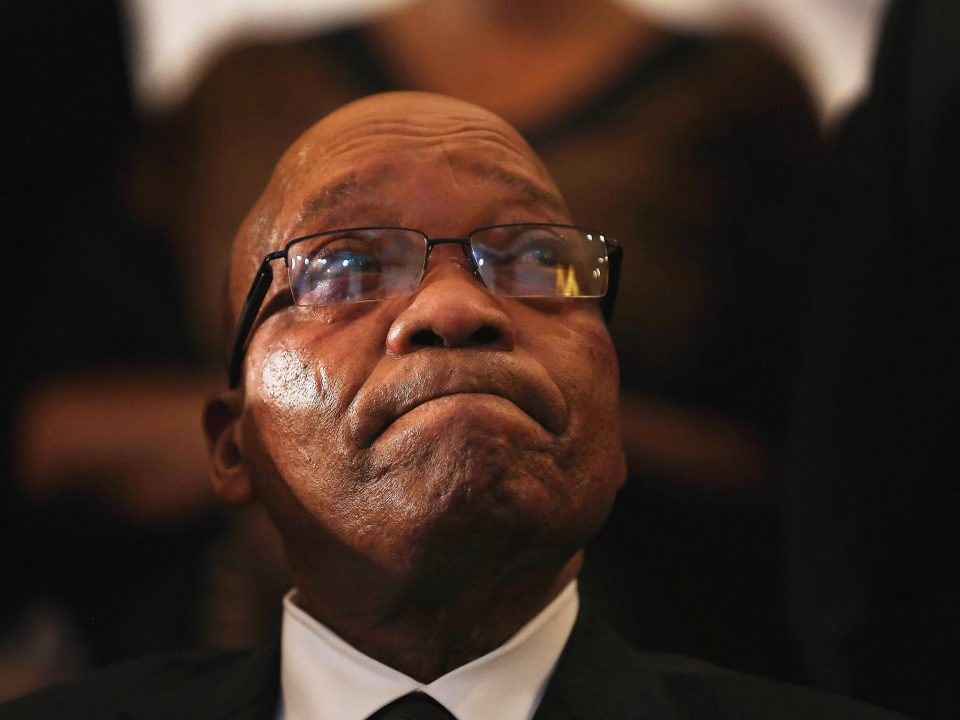 South Africa’s parliament will hold a vote of no-confidence in President Jacob Zuma on Thursday, the ruling ANC party said, signaling its determination to eject him from office after days of stalemate.

President Zuma “We have now asked the chief whip to proceed with the motion of no confidence tomorrow in parliament… so that President Zuma is then removed,” ANC treasurer-general Paul Mashatile told reporters Wednesday. He said parliament, where the ANC has a large majority, would then “proceed to elect (Cyril) Ramaphosa as president of the republic” — perhaps as early as Thursday or Friday.

Zuma, who now faces an ignomious end to his nine scandal-plagued years in power, was expected to respond later on Wednesday to the ANC’s order for him to resign. “For us, as the ANC leadership, we can no longer wait beyond today,” Mashatile said.

“If President Zuma at some point will respond, he will respond, but we can’t continue waiting. The decision has been taken and must be implemented.” The power struggle over Zuma’s departure has put him at loggerheads with deputy president Cyril Ramaphosa, his expected successor, who is the new head of the ANC.

As the deadlock escalated, the party on Tuesday “recalled” Zuma from his post after days of failed closed-door negotiations with Ramaphosa. The African National Congress (ANC) national executive committee reached its decision after meeting for 13 hours at a hotel outside Pretoria. “Recalling” the head of state is a party-level instruction that the 75-year-old Zuma is under no constitutional obligation to obey.

Earlier Wednesday, police raided the Johannesburg home of the Gupta business family accused of overseeing a web of corruption under Zuma’s rule. Police said three unidentified people had been arrested in investigations into “Vrede Farm” — allegations that millions of dollars of public money meant for poor dairy farmers was siphoned off by the Guptas.

Local media reported that Zuma was pushing for an exit deal that included covering his potentially ruinous legal fees from prolonged court battles against multiple criminal charges. One case relates to 783 payments he allegedly received linked to an arms deal before he came to power. Many other graft allegations against him have centered on the three Gupta brothers, who are accused of unfairly obtaining lucrative government contracts and even being able to choose Zuma’s ministerial appointments. Zuma has admitted he is friends with the Guptas, originally from India, but has denied any wrongdoing.

Susan Booysen, a politics professor at Stellenbosch University, said that Zuma may resign before the vote — albeit grudgingly. “I think that he is an angry person… and he is very reluctant to go,” Booysen told AFP. The political wrangle plunged South Africa — the continent’s most developed economy — into confusion over who is running the country, with last week’s annual State of the Nation address cancelled.

Opposition parties have called for early elections as the ANC’s turbulent transfer of power grinds on. – Decline of Mandela’s party – Zuma’s presidency has been marred by slow economic growth, continuing racial inequality and record unemployment that have fuelled public frustration. He was scheduled to stand down next year after serving the maximum two terms since coming to power in 2009.

In 2008, Zuma’s supporters pushed out then-president Thabo Mbeki via a similar “recall” manoeuvre over allegations of abuse of power. In local polls in 2016, the ANC recorded its worst electoral result since coming to power in 1994 with Nelson Mandela at the helm as white-minority rule fell. Ramaphosa, 65, the deputy president, must revive the economy and crack down on what he has admitted is rampant government corruption if he is to boost the party’s tarnished reputation before a tricky election next year. He is a former trade unionist and Mandela ally who led talks to end apartheid in the early 1990s and then became a multi-millionaire businessman before returning to politics.

Zuma’s hold over the ANC was shaken in December when his chosen successor — his former wife Nkosazana Dlamini-Zuma — narrowly lost to Ramaphosa in a vote for the new party leader. The ANC has insisted there will be no delay to the budget speech, which is due on February 21.