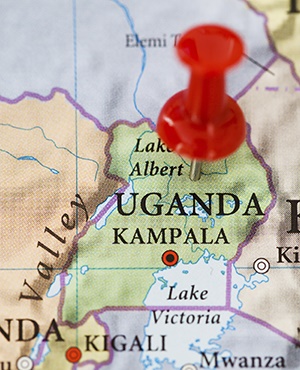 Kigali – More than a month after he was allegedly tortured by members of Uganda’s secret service, Rwandan citizen Fidel Gatsinzi is still limping from his injuries.

Gatsinzi claims he was arrested by security agents after visiting his son at a Ugandan university in December and that 12 days of being hooded and beaten left him in a wheelchair for days after his release.

“They were accusing me of being a Rwandan spy and a killer. That I was in Uganda to hunt down Rwandan refugees living in Uganda to harm them,” Gatsinzi told The Associated Press, denying the accusations. He said he saw another Rwandan who had been tortured and was “really in a bad shape.”

The neighbouring East African countries have faced years of uneasy relations over Uganda’s refusal to forcibly repatriate Rwandan refugees, including some who are suspected of involvement in Rwanda’s genocide in 1994. People like Gatsinzi claim they are caught in the middle, suspected by one country or the other. Now some are taking their claims to court.

For Rwanda’s government, the continuing existence of refugees challenges its narrative of peace and stability after years of recovery from the genocide. But many of those refugees worry they would be jailed on trumped-up charges if they returned home.

As Uganda pursues Rwandans it suspects of hunting down refugees, some are subjected to torture in the process, said Gawaya Tegulle, a Ugandan lawyer who has visited Rwandan nationals in detention.

“I visited Gatsinzi and the kind of torture he was subjected to is inhumane. He could not speak,” Tegulle said. He plans to file a case with the High Court against Uganda’s government claiming illegal detention and torture.

After such claims were made public in recent weeks, Rwandan President Paul Kagame chaired a meeting last month between the two countries to discuss the issue.

KEEP UPDATED on the latest news from around the continent by subscribing to our FREE newsletter, Hello Africa.

Uganda’s state minister for international relations, Henry Okello Oryem, has said tensions will not escalate. “Rwanda is a historical strategic ally of Uganda and both countries work for peace,” he told the AP.

Uganda army spokesperson Brigadier Richard Karemire declined to comment on the allegations of detention and torture of Rwandan citizens.

Rwanda’s president has long been accused by critics and human rights groups of plotting the assassination or disappearance of former allies and dissidents, including in other countries. He has denied it.

Late last year, Ugandan police officers and a retired Rwandan army officer, Rene Rutagungira, were arrested and charged by a military court in Uganda’s capital, Kampala, in the kidnapping of a Rwandan refugee and his transfer to Rwandan authorities. They are charged with conspiracy with Rwanda to carry out the abduction.

They are accused of kidnapping Lt. Joel Mutabazi, a former bodyguard of Kagame who fled the country in 2011 while alleging persecution, and forcefully taking him back to Rwanda in 2013. Mutabazi was sentenced to life in prison for involvement in terrorism and other charges, which he denied.

It is not clear how Mutabazi, who was in the care of the UN refugee agency, ended up in the hands of Ugandan police and then Rwandan authorities.

“It’s unconscionable that they handed him over summarily to the police force of the country whose persecution he fled,” Daniel Bekele with Human Rights Watch said at the time. The group has long urged Uganda’s government to protect Rwandan critics now living in the country.

The return of refugees must be voluntary, a UN refugee agency spokesperson in Rwanda, Nana Heltberg, told the AP, saying about 250 000 Rwandan refugees are still in exile today.

Meanwhile the lawyer for the former Rwanda army officer who faces charges told the AP that he was held in Ugandan custody for longer than the permitted 48 hours and subjected to beatings, electric shocks, water immersion and solitary confinement while accused of being a spy.

The lawyer, Eron Kiiza, said a case has been filed with the High Court seeking damages and Rutagungira’s unconditional release.