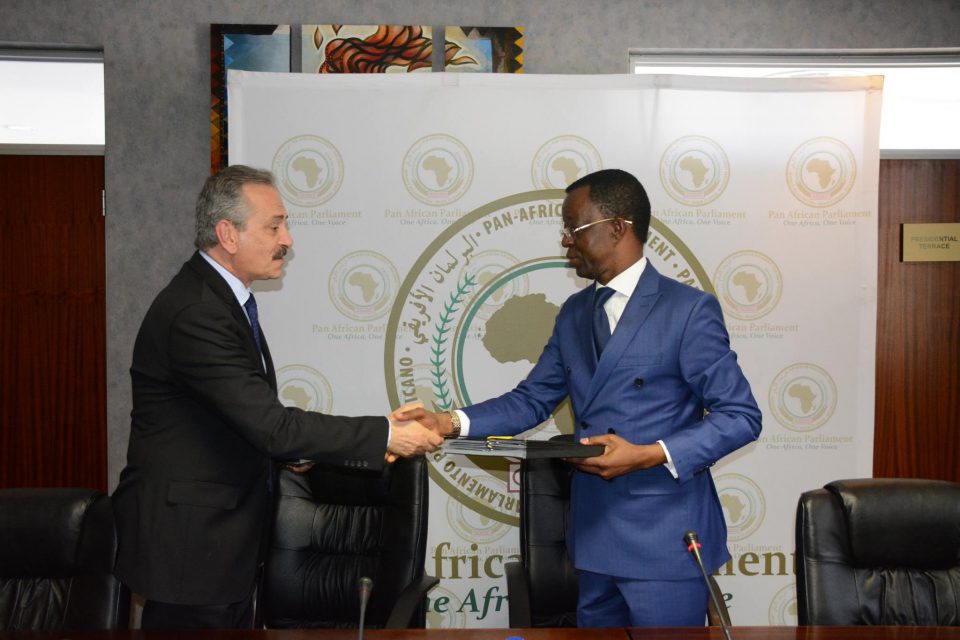 Morocco has formally announced its accession to the South Africa-based Pan-African Parliament (PAP).

According to the the official MAP news agency reported, the move was formalised after five Moroccan ministers were sworn in alongside 73 deputies from other African countries at the opening of the sixth ordinary session of the pan-African body in Midrand near the South African city of Johannesburg, the same source said.

The source said the accession is decisive for the kingdom, after Morocco regained its place in the African Union (AU) and made great contribution to the continent.

In February 2017, Morocco rejoined the AU after 33 years of absence.

It holds at least two regular sessions a year and consists of ten standing committees.

The PAP, also known as the African Parliament, is the legislative body of the African Union and held its inaugural session in March 2004.

The PAP exercises oversight, and has advisory and consultative powers, lasting for the first five years.

Initially the seat of the Pan-African Parliament was in Addis Ababa, Ethiopia but it was later moved to Midrand, South Africa.