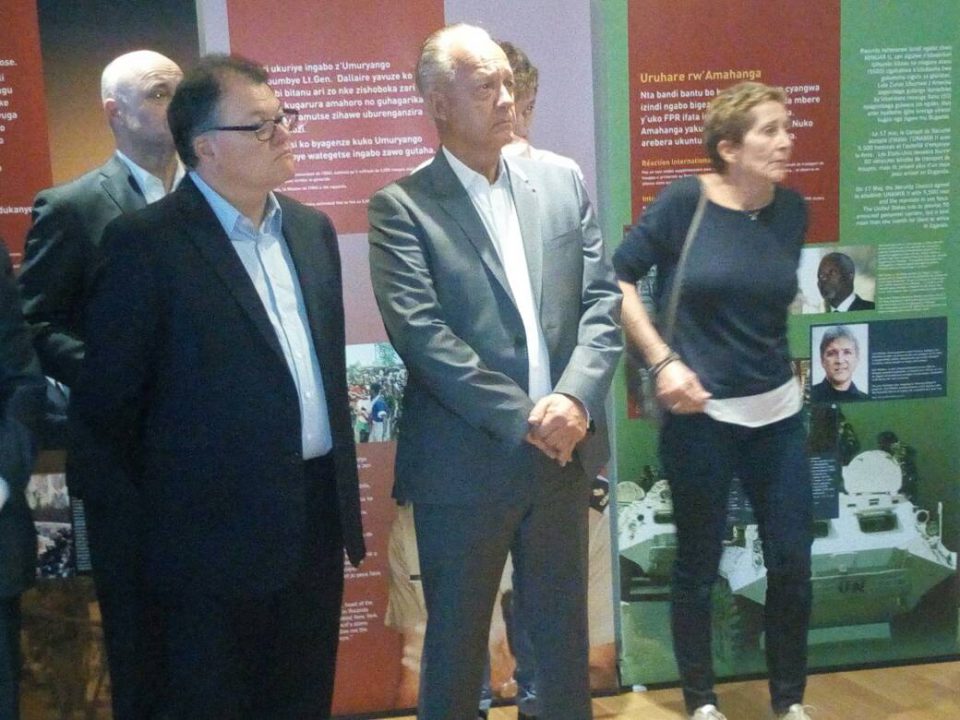 A  French – Rwandan National is planning to pioneer a modern medical surgery and research institute in service of his newfound home country – Rwanda.

The establishment of the institute is estimated to cost $7 million.

Ever since he has been working hard to bring what he does best to Rwanda.

Marescaux is in Rwanda for a visit which intends to set ground for Africa’s first computer augmented surgery Institute for non-communicable disease such as digestive cancer.

The implementation of the project will be done by the Government of Rwanda and a US based health company – Medtronic.

Speaking to the press on recently, Marescaux said that Medtronic has accepted to give $1million and to supply medical devices annually while the Ministry of Health has provided land in Masaka sector for the construction of the hospital which is expected to take 18 months to complete.

IRCAD’s research orientation has always been directed towards the development of less invasive surgical techniques which will enhance Rwanda’s investments in science and technology in health.

Marescaux told the press that whenever he thinks about a transformative project, Rwanda always comes into his mind.

“We chose Rwanda because it is a window for Africa. When I asked President Kagame about the technology he said: -‘Yes it is time, because for me today is yesterday and I need to see for tomorrow,” Prof. Marescaux said.

The institute will have a training centre and a department of computer-enabled research in technologically driven surgery.

“We are going to Strasbourg in France to raise funds through creating the IRCAD family foundation to support a large part of the budget every year,” Professor Jacques Marescaux stated.

Computer assisted surgery for patients’ care has only been established in Taiwan, Brazil and in France.

Fully dedicated to research and to the teaching of the most innovative surgical techniques, the IRCAD has established itself as a world reference in the field of minimal access surgery. It has become an emblematic ambassador of French excellence worldwide.

In the meantime,  the delegation has paid tribute to 250,000 victims of Genocide against Tutsi laid to rest at Kigali Genocide Memorial at Gisozi.

They laid wreath on the mass graves at the site and pledged to teach the world on the need to fight against genocide so that genocide never happens again.