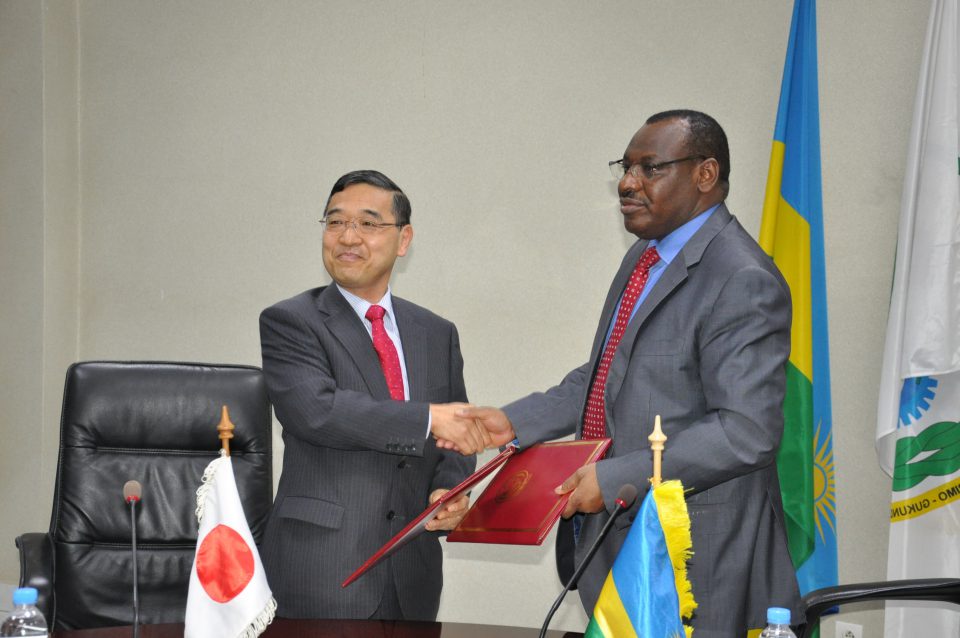 A delegation of about 20 Japanese investors recently visited Rwanda to   explore investment opportunities in various areas such as tourism, information communication technology (ICT), health, and agriculture.

During their stay in the country, the delegation visited different places, including the Kigali Genocide Memorial, Japan International Cooperation Agency (JICA) offices, Rwanda Nuts Company, and Urwibutso Enterprise in Rulindo District, among others.

The Japanese envoy to Rwanda, Takayuki Miyashita hosted a reception for the business delegation to facilitate their interaction with government officials and the Private Sector Federation members.

“This is an encouraging mission from Japan. I want to say that Rwanda is expecting more foreign investments from countries like Japan. And you are key players of foreign activities of Japanese companies,” he said at his residence while welcoming the delegation.

The delegation also included students-cum-executives from the Graduate School of Business Administration at Keio University, most with more than 15 years’ experience in running businesses.

Keio University, the oldest institute of modern higher education in Japan, is located in Tokyo.

“Our school is the oldest business school in Japan, and we have produced more than 3,000 MBA graduates. Three years ago, we initiated an executive business programme and all participants here today are corporate executives from Keio. I call them students but they are seasoned business leaders in Japan,” said Masahiro Okada, the head of the delegation.

Okada, who is also a professor of strategic management at Keio University, said the members of the delegation were not just touring the country, but they were truly looking for where to invest.

“Most of them here are experts in private equity, investment, as well as legal professionals. We are not here to see what is going on in Rwanda and go back. We are committed business professionals,” he said.

Ryosuke Kuwada, of Integrity Capital Management, a venture capital firm, told Saturday Times that he was looking to invest in Rwanda’s stock market.

“For the past five years, I have been studying and analysing the trends of the stock market in Rwanda. I want to buy bonds. I’m still collecting information and I have met Rwandan officials in Japan. The impression here is good, both in terms of security and the ease of doing business,” Kuwada said.

Amb. Miyashita noted that the number of companies from Japan doing business in Rwanda have doubled in less than two years.

“When I arrived here a year-and-half ago, we had less than eight Japanese companies here. But, today, we have about 16 of them. We hope to even bring more of them on board. I’m very confident that more firms and businesses from Japan will join this market,” he noted.

DMM Group is one of them. The company last year acquired Hehe Labs and Groce Wheels, and invested millions in AC Group. It is the same company that committed more than $100 million in Africa, part of which will go to Rwandan start-ups.

E-gates, a business consulting firm, is another Japanese company that has invested in Rwanda. Ayako Kasai, the chief executive officer of E-gates, said she was attracted to Rwanda by the country’s business environment, and that she has been helping other Japanese investors to come to Rwanda.

“I have invited more than 50 companies from Japan and already five of them are almost setting up base here. It is a wise decision to start business in Rwanda because there’s stability,” she said.