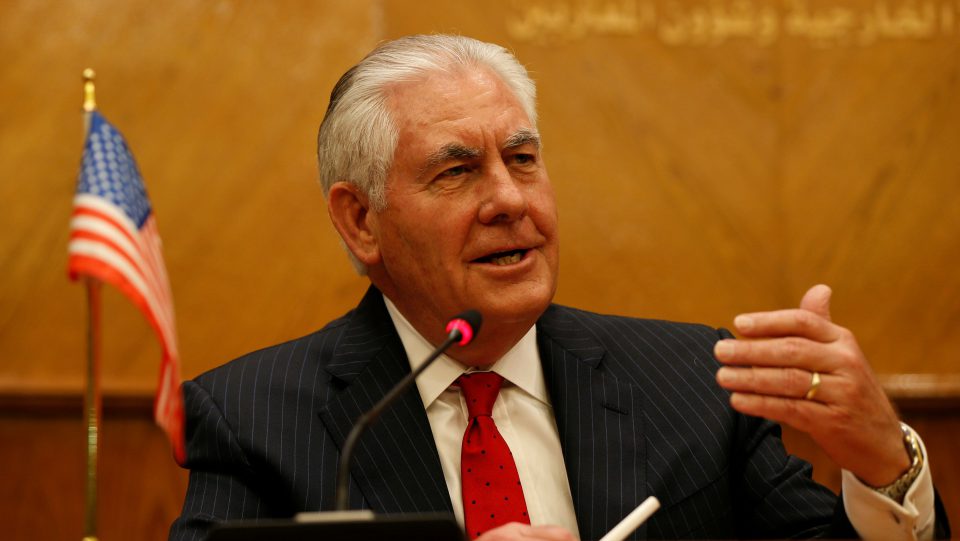 Rex Tillerson, the US Secretary of State, will visit Chad, Djibouti, Ethiopia, Kenya and Nigeria, from Mar. 6-13. The United States’ top diplomat will be face with a top challenge of convincing an audience who will be listening closely to see if they are able to finally make sense of how US-Africa policy has evolved under president Donald Trump.

In a statement, the US State Department says Tillerson will discuss, among other things, counter-terrorism, trade and investment.

In Abuja, Nigeria, that conversation will likely touch on the continuing insurgency in the northeast. Last week, less than four years after the high-profile kidnap of more than 200 girls from Chibok, Boko Haram abducted another 110 girls from a school in the region. This comes despite the government’s claims of victory in the fight against the sect given a better equipped military. Last August, US sold Nigeria half a billion dollars worth of military gear. Nigeria is also an important oil exporter to the United States, though that importance has reduced as the US has sourced more oil locally in recent years.

But in truth, most ordinary Africans associate Trump and his administration’s attitude to Africa more closely to the furor following his reported comments about African states being “shithole” countries. There have been few signs of a coherent, progressive policy. When there have been policy decisions related to Africa, they have mostly been negative like a proposed travel ban on Sudan, Libya and Somalia as well as proposed budget cuts.

Nearly 15 months into Trump’s presidency, key Africa-focused roles in the government remain unfilled. Back in September after Trump met with African leaders over lunch on the sidelines of the UN General Assembly.As one-note and antediluvian as Trump’s Africa policy vision is, even it will need a well-functioning State Department and high-level policy momentum to gain traction. Without these enablers in place, luncheons like the one yesterday may be the signature Africa policy achievement of a president who sees the continent as place where cigar-chomping American business executives can get rich quick—rather than as a constellation of idiosyncratic nations with complex challenges and unmet aspirations of their own.

Given Trump’s insistence on an “America First” policy, it’s not much of a surprise that his administration has paid so little attention to Africa. But, there are also questions as to whether the administration has figured out what its Africa policy should be when you consider the growing strategic importance of Africa for US’ overall security policy and for future trade opportunities. In January 2017, before taking office, a memo from Trump’s transition team questioned the United States’ spending on aid, its counter-terrorism efforts and whether it was “losing out to the Chinese.”

On a personal note, Tillerson does have history with Africa, particularly with oil-producing nations from his long career with Exxon Mobil. The former “big oil” chief executive partnered with some of the most controversial African regimes in the never-ending quest to find oil including Chad (which later sued Exxon), Angola and Equatorial Guinea.