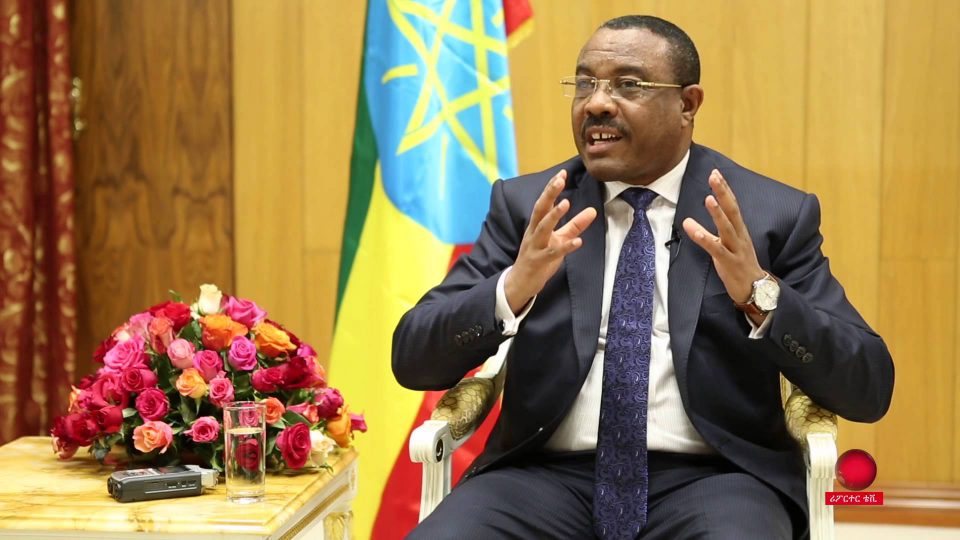 The choice of a new chairman of the Ethiopian People’s Revolutionary Democratic Front is likely to demonstrate the party’s commitment to political reform as it seeks to reassert control over one of Africa’s fastest-growing economies and second-most populous nation, according to analysts including Ahmed Salim at Teneo Intelligence in Dubai.

The EPRDF may select its leader from either the Oromo or Amhara communities, whose members make up more than half of the population of 105 million and have demanded greater political representation since 2015 in sporadic, often deadly protests. The party has been dominated by minority ethnic Tigrayans, who have held key economic and military positions since it overthrew the country’s military junta in 1991.

Ethiopia’s new leader will need to stabilize a country that recently entered its second state of emergency in two years. The demonstrations in the Oromo and Amhara regions have left hundreds of people dead, according to advocacy groups including Human Rights Watch, and have occurred amid conflict between the Oromo and Somali regions that has forced more than 900,000 people to flee their homes.

Once the chairman has been appointed, they’re expected to be named as prime minister, said Getachew Reda, a member of the EPRDF’s executive committee.

Here are some of the candidates the EPRDF council is expected to consider for the post of party chairman:

Abiy, 41, was elected chairman of the Oromo People’s Democratic Organization last month, with the OPDO announcing it made the appointment “to meet the fundamental need of the Oromo people.” A former minister of science and technology, Abiy established the Information Network Security Agency in 2007 that undertook mass surveillance of Ethiopians and dissidents in Europe and America after he left in 2010, according to the Toronto-based Citizen Lab research group. A holder of degrees including a diploma in cryptography and a PhD in traditional conflict resolution, Abiy also served as a lieutenant-colonel in the Ethiopian National Defense Force.

Demeke has served as one of Ethiopia’s deputy prime ministers since September 2012. Broad efforts are needed to “ensure the sustainability and meet the demand of the people for changes,” Demeke said in a Feb. 28 statement reported by the ruling party’s Fana Broadcasting Corp. “By maintaining the ongoing deep renewal program, the Amhara National Democratic Movement will work on leadership succession based on principles,” he said. Demeke has been a member of parliament since 2010 and served as the vice president of the Amhara region from 2005 to 2008, and as education minister from 2008 to 2013. He’s been chairman of the Amhara National Democratic Movement since 2010. He headed the cabinet’s administrative and security affairs coordination bureau for four years to 2005 under former Prime Minister Meles Zenawi.

Shiferaw, a former education minister, replaced Hailemariam as head of the Southern Ethiopian People’s Democratic Movement this week. The chairman of the state-owned Development Bank of Ethiopia, he served as vice chairman of the SEPDM from 2003 until Hailemariam tendered his resignation, and president of the southern region’s government from 2006 to 2013. An ethnic Sidama, Shiferaw could claim the post because the SEPDM’s candidate didn’t complete his term, said Hallelujah Lulie, an independent analyst in Addis Ababa, the capital. Hailemariam stepped down before his term was due to expire in 2020.

Lemma, 47, became the president of Oromia region in October 2016 after Ethiopia declared a state of emergency following mass protests. A former commissioner of the Oromia regional police, he became deputy chair of the OPDO last month as Abiy became chair. “Lemma is a very good candidate and on the same line as Abiy, but he is not a member of parliament, a prerequisite for being a candidate-PM,” said Jan Abbink, a professor at Leiden University in the Netherlands and a Horn of Africa researcher.

Debretsion, in his late fifties, became chairman of the Tigrayan People’s Liberation Front in November, after serving as the deputy chair of the TPLF since 2012. He’s been Ethiopia’s deputy prime minister for the finance and economic cluster, the minister of communication, and chairs the National Economic Council. He’s also the chairman of Ethiopian Electric Power Corp., the state-owned power company overseeing construction of the country’s multibillion-dollar hydropower dams, and on the board of state telecommunications monopoly Ethio Telecom. After 1991, he served as head of security in Addis Ababa, and later as deputy chief of the National Intelligence and Security Service’ predecessor.

Workneh, 49, has been a member of both the OPDO and the EPRDF since 1991 and an executive committee member of both parties since 2012. He was director-general of the Ethiopian Federal Police Commission from 2003 until 2012, when he became Hailemariam’s transport minister, and served as board chairman of Ethiopian Shipping & Logistics Services Enterprise. He has served as foreign minister since November 2016.
“He lacks grassroots support and his appointment would probably prove divisive,” said Chris Suckling, a senior country risk analyst at IHS Markit in London.