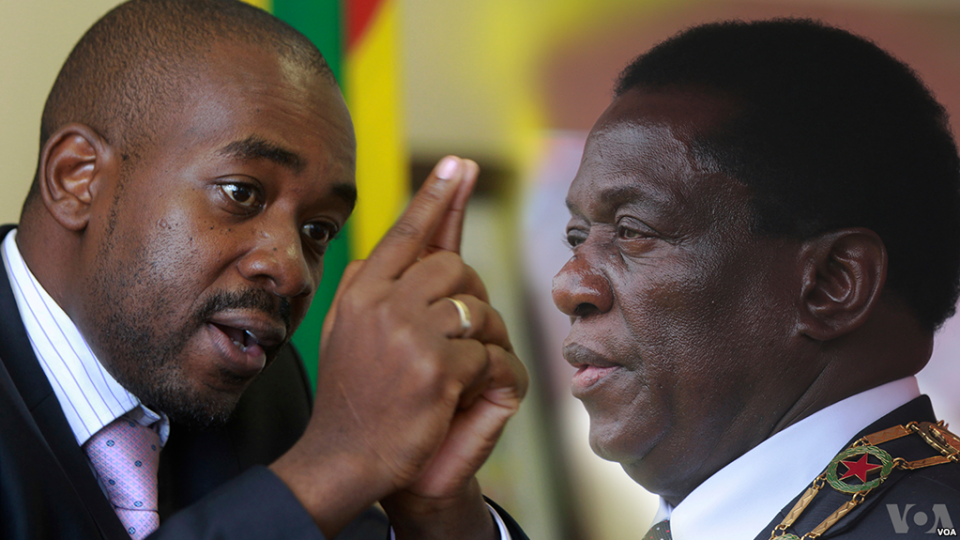 According to the opposition MDC party, Zimbabwe authorities are abducting opposition activists and launching court cases to suppress protests, despite the president’s boast of introducing new freedoms to criticise his government.

Since the knife-edge election result was declared early on Friday, the Movement for Democratic Change (MDC) say they have been the target of a brutal crackdown that exposes President Emmerson Mnangagwa’s claims to respect rights and halt repression.

Mnangagwa has blamed the MDC for fomenting post-vote unrest, but he has also vowed to usher in a more open Zimbabwe than under Robert Mugabe’s 37-year rule that ended last year.

“They are intimidating people. At their houses they’re going with accusations of serious crimes and they’re taking people without telling anyone – and these people can’t be found in police stations.

“They’re trying to incapacitate the opposition, so that there will be no resistance or civil action against the fake election results.”

Sibanda said he had information about one woman who was targeted by security forces after saying on Facebook that Mnangagwa stole the vote result.

“We have recovered another person who came home this morning. She was taken by soldiers. She managed to escape while they were dealing with one other person captured with her,” said Sibanda, adding 50 people may be missing.

The MDC, which says it won the election and plans a legal challenge, has also alleged that elderly people related to activists have been attacked and that security forces have been acting with impunity with some victims reportedly beaten up.

On Monday, 27 members of the MDC opposition appeared in court on violence charges after the protests against alleged cheating by Mnangagwa and the ruling Zanu-PF party in the election.

Police armed with assault rifles were on duty in the court precinct, with a police truck stationed outside.

Prosecutors opposed bail, saying the accused – 19 men and eight women – were “linked” to the deaths of the six people when the army opened fire at the opposition demonstration.

“There’s more than a likelihood that they will reoffend, they will intimidate witnesses, they will interfere with evidence and they will not attend trial,” said prosecutor Michael Reza.

“These are people with unfinished business outside.”

Five of the suspects were polling agents who had been visiting MDC headquarters in Harare to hand in polling returns and collect travel expenses, defence lawyers said.

The bail hearing was adjourned until Tuesday.

The MDC headquarters has been regularly encircled by military armoured personnel carriers, water cannon trucks and anti-riot police vehicles since the election but appeared calm on Monday.

Amnesty International said last week more than 60 people had been “arbitrarily arrested” in a post-election clampdown on the opposition.

“This is a strategy of good-cop, bad-cop where Mnangagwa proclaims conciliation and mindfulness of the law, while the security apparatus is attacking the opposition,” Charles Laurie, of the Verisk Maplecroft risk consultancy, told AFP.

“Mnangagwa’s greatest priority is to cement his victory, so they are working to disrupt the MDC by interfering with their links to the press, preventing demonstrations and ensuring dissents are suppressed.

“They will have to allow the MDC’s legal challenge to proceed, but they’ll work behind the scenes to blunt it.”

Riot police last week broke up an MDC press conference with foreign media on the lawns of an upmarket hotel before it was eventually allowed to proceed as the government scrambled to repair its dented image.

Mnangagwa, a former Mugabe ally who is desperate to attract foreign investment, quickly reacted on Twitter, saying he “protected freedom of speech, of assembly and the right to criticize the government”.