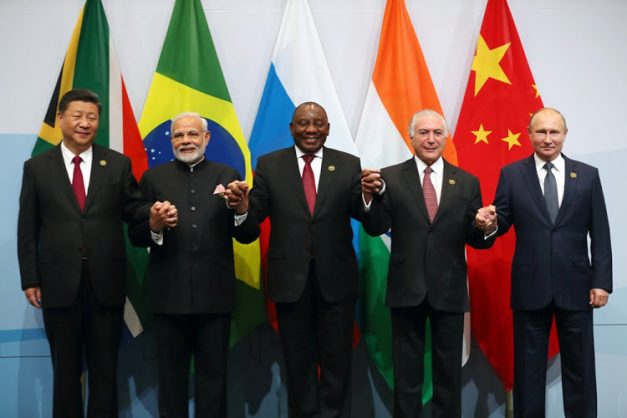 While it is business as usual inside the Brics summit, a group outside is protesting the alliance, which it calls ‘anti-poor’.

The Brics summit at the Sandton Convention Centre is under way, with each of the five Brics heads of state giving a short five-minute statement, but not everyone is pleased about it.

A group calling itself the ‘Break the Brics’ coalition will be marching to the convention centre today, claiming the Brics coalition has not benefited the poor.

The three-month-old group’s list of demands includes an end to environmentally destructive policies, increased labour protection and what they describe as “undemocratic processes” and the persecution of journalists in Russia.

They say they will be handing over a memorandum of demands at the end of the march.

The protest does not seem to have dented proceedings. President Cyril Ramaphosa took to the podium to announce that following a proposal by Putin, the five leaders have agreed to deepen a “people-to-people” component to the Brics group.

Previously, Putin told those in attendance that the Brics alliance was a reflection of Nelson Mandela’s values.