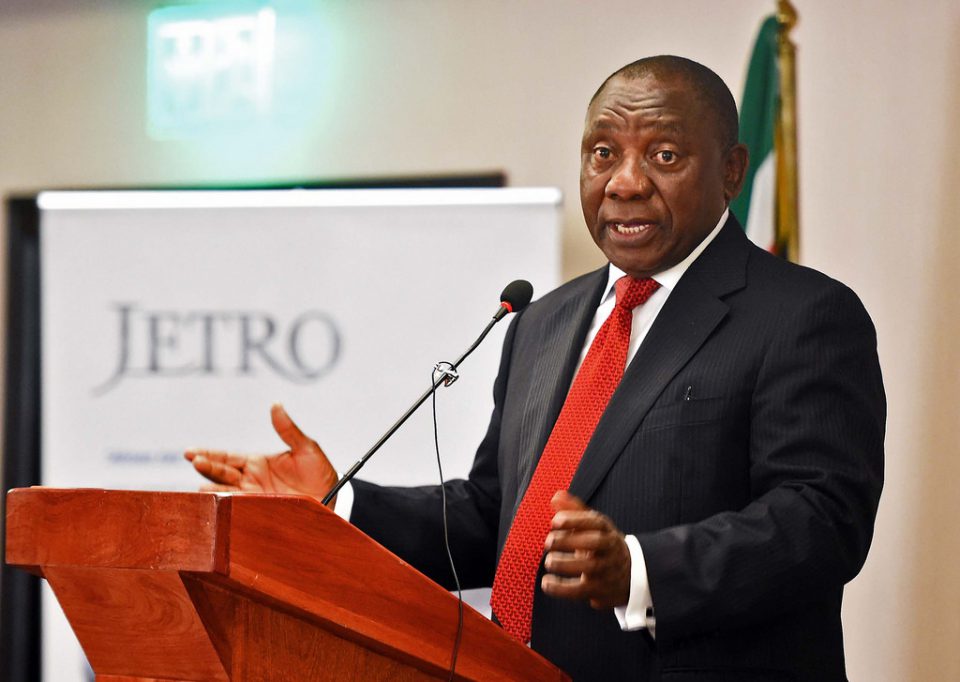 South African President Cyril Ramaphosa has been a hit with business leaders and investors during his first weeks in office.

Since succeeding Jacob Zuma, who was immersed in scandal during his nine-year tenure, Ramaphosa has fired several ineffective ministers, taken a stand against graft and ordered a review of draft rules that deterred investment in the mining industry. Improved confidence may boost weak economic growth and investment and could help stave off a downgrade to junk by Moody’s Investors Service later this month.

“If you take the South Africa we have today and compare it to the South Africa we were sitting with in the middle of December, we have come a long way,” Stephen Koseff, the chief executive officer of Investec Plc, said at a Bloomberg conference in Cape Town recently. “A great leadership in South Africa is a start.”

The rand has gained the most of any currency against the dollar since Ramaphosa won control of the ruling party in December, and business confidence is close to its highest level in more than two years.

Despite the improved sentiment, Ramaphosa will have his work cut out for him. Economic growth averaged just 1.8 percent while Zuma was in office, and S&P Global Ratings and Fitch Ratings Ltd. cut the country’s debt to junk. Moody’s is due to give an assessment on March 23 and another junk rating for the local-currency rating would exclude South Africa from Citigroup Inc.’s World Government Bond Index, triggering capital outflows.

A delegation of chief executives held a “very good” meeting with officials from Moody’s on Tuesday and emphasized the strength of South African institutions and improvement to the economic outlook, Colin Coleman, head of sub-Saharan Africa at Goldman Sachs Group Inc., told the conference.

Goldman Sachs expects the economy to expand 2.4 percent this year, 0.9 percentage points more than the National Treasury forecast in the February budget, rising to 2.8 percent in 2019. It sees the rand strengthening to 11 to the dollar in 12 months’ time, from about 11.89.

The government’s decision to review proposals requiring mining companies to maintain at least 30 percent black ownership should help revive the industry, and talks between the Chamber of Mines and new Mineral Resources Minister Gwede Mantashe were very positive, according to Mark Cutifani, the chief executive of of Anglo American Plc.

“The industry should be twice the size that it is today,” Cutifani said. “If you look back at the opportunity lost in the past 10 years, that’s one of the great tragedies. We can turn that around. We are in a very new place and very excited about the future.”

A decision by the ruling African National Congress to allow the expropriation of land without compensation will be dealt with responsibly, according Paul Mashatile, the party’s treasurer-general.

Pravin Gordhan, who was appointed the minister in charge of state companies including Eskom last month, said the government is targeting graft and would bring in new boards to improve governance as it seeks to renew sentiment.

“We have a new leadership in the country which has exciting ideas,” he told delegates. “It is very clear that we need to work with a greater sense of urgency on issues such as jobs for the young people, getting a greater deal of confidence in our economy, more trust from our citizens and above all getting more investment.”