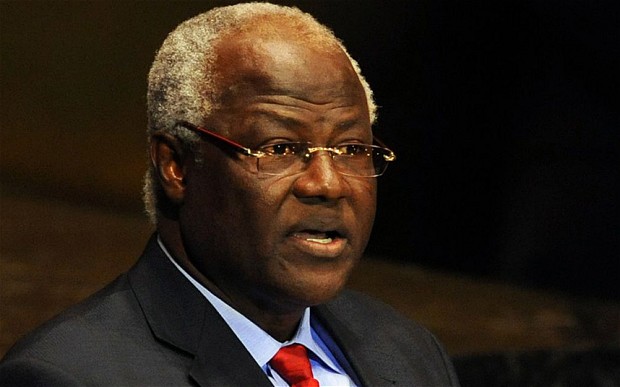 Lining up hours before dawn, citizens of Sierra Leone went to the polls to choose a new president, parliament, and local councillors  in one of the most hotly contested elections in the West African nation’s history.

Current president, Ernest Bai Koroma, of the All People’s Congress party must step down after serving two terms.

But there are 16 total candidates, including women, vying for the top job, so analysts say the results, expected this weekend, will likely necessitate in a run-off. To win in the first round, a candidate must earn 55 percent of votes.

APC is running on its record of building roads and connecting electricity over the past 10 years in office, which motivated 50-year-old father Samir Dorsett Macfoy to arrive before dawn at a polling station in western Freetown, the capital of Sierra Leone, to make sure he was first in line to cast his vote.

“I’ve seen so so many, many, many strides of development in these short 10 years,” said Macfoy, getting emotional as he spoke. “I have seen many, many, many presidents come and go, but I haven’t seen such kind of strides before.”

Not everyone is convinced. A few meters away at the same polling station, Joseph Kamara said he was voting for a change. “Some of us are not too happy,” he said. “We expect changes, and that’s why we’re here to vote.”

APC has faced criticism for corruption, and the mishandling of the deadly 2014 Ebola epidemic and a massive mudslide last year that killed over 1,000 people on the outskirts of Freetown.

Within view of the collapsed hillside, hundreds of voters, many of whom lost relatives in the mudslide, queued at a polling station in a Catholic church. Reverend Joseph Emmanuel Bangura said he hopes the people who were impacted by the mudslide vote with the tragedy in mind.

“Even though the mudslide was a year ago, they still face the same difficult problems. Housing, can they go back to the same place where they were?” he said. “Those are issues that those who emerge as leaders after this election will have to address.”

“I want to urge all political parties that look, this is the only country we have,” he said. “We cannot conduct credible elections if there is no peace and tranquillity.”

So far, voting has going on peacefully, with healthy but not overwhelming lines of voters snaking through generally quiet polling stations. Frank Engel, a member of the 100-member EU observer team in Sierra Leone, said the team will release a report assessing the poll in a few weeks.

VOA witnessed one argument at a polling station over people cutting in line before unarmed police officers quickly intervened. The usually chaotic streets of the capital, Freetown, were mostly empty as police and military deployed to enforce a ban on movement of vehicles, while encouraging citizens to vote and go home.

Outgoing President Ernest Bai Koroma, speaking to media at a polling station in the Goderich neighborhood of Freetown, said the calm polling was a sign that democracy was entrenching itself in Sierra Leone, 15 years after the end of a bloody civil war.

“So far the process has been moving smoothly, the turnout is very impressive, and it is sending a message to the international community that Sierra Leone is transforming itself to belong to the new League of Nations that would be considered to be democratically matured,” he said.