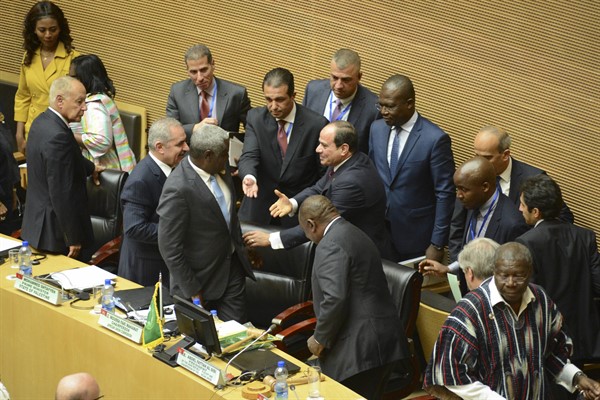 Africa has the most educated presidents in the world, but despite of their academic achievements, the continent lags behind in economic progress. Education is a fundamental tool in leadership, but in the African context, the evident or lack of it makes very little difference. Africa is home to the most poorly developed countries in the world, something often attributed to poor leadership and rampant corruption. If there’s one thing this the situation about African leadership has thought us, is that education credentials alone do not make a good leader.

Here are the top 10 most educated African presidents.

Alassane Dramane Ouattara is an Ivorian politician who has been President of Ivory Coast (Côte d’Ivoire) since 2010. An economist by profession, Ouattara worked for the International Monetary Fund (IMF) and the Central Bank of West African States, and he was the Prime Minister of Côte d’Ivoire from November 1990 to December 1993.

Moeketsi Majoro is a Mosotho economist and politician who has been serving as the sixth prime minister of Lesotho since May 2020. He was previously the minister of Finance in the cabinet of Tom Thabane from 2017 to 2020. Majoro has been representing the Thetsane Constituency No. 33 in the National Assembly since his election in 2017. He was formerly a senator and the minister of Development Planning from 2013 to 2015. Majoro is a member of the All Basotho Convention (ABC).

Mohammed VI is the King of Morocco. He belongs to the ‘Alawi dynasty and acceded to the throne on 23 July 1999, upon the death of his father, King Hassan II. Upon ascending to the throne, Mohammed initially introduced a number of reforms and changed the family code, Mudawana, which granted women more power.

Faure Essozimna Gnassingbé Eyadéma is a Togolese politician who has been the President of Togo since 2005. Before assuming the presidency, he was appointed by his father, President Gnassingbé Eyadéma, as Minister of Equipment, Mines, Posts, and Telecommunications, serving from 2003 to 2005.

George Manneh Oppong Weah is a Liberian politician and former professional footballer currently serving as the 25th President of Liberia, in office since 2018. Prior to his election to the presidency, Weah served as Senator from Montserrado County. During his football career, he played as a striker.

His prolific 18-year professional playing career ended in 2003. He is the first former professional footballer to become a head of state. Widely regarded as one of the greatest African players of all time, in 1995, he was named FIFA World Player of the Year and won the Ballon d’Or, becoming the first and to date only African player to win these awards.

Samia Suluhu Hassan is a Tanzanian politician who has been serving since 2021 as the sixth (and first female) president of Tanzania. She is a member of the ruling social-democrat Chama Cha Mapinduzi (CCM) party and the third female head of government of an East African Community (EAC) country. Suluhu became Tanzania’s first female vice-president following the 2015 general election, after being elected on the CCM ticket with President Magufuli. In 2021, she became president after the death of Magufuli.

Paul Biya is a Cameroonian politician serving as the President of Cameroon since 6 November 1982. A native of Cameroon’s south, Biya rose rapidly as a bureaucrat under President Ahmadou Ahidjo in the 1960s, serving as Secretary-General of the Presidency from 1968 to 1975 and then as Prime Minister of Cameroon from 1975 to 1982.

His regime is supported by France, which supplies it with weapons and trains its forces. France is the leading foreign investor, ahead of the United States. Biya occupied the function of president on the 6 November 1982, making him the second longest ruling president in Africa, the longest-ruling non-royal leader in the world and the oldest ruler in Africa.