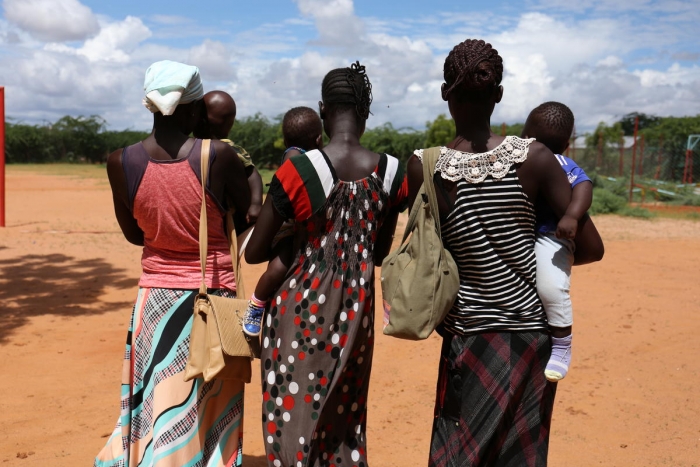 Save the Children report finds conflict, widespread poverty and discrimination against girls are grave threats to childhood.

Half of all children in East and Southern Africa (120 million) are at high or extremely high risk of missing out on childhood, a new report by Save the Children has found.

Launched ahead of International Children’s Day on June 1st, the annual global index examines the events that rob children of their childhoods and prevent them from reaching their full potential. This year’s report, The Many Faces of Exclusion, reveals how poverty, conflict and discrimination against girls are putting more than 1.2 billion children – over half of children worldwide – at risk for an early end to their childhood.

In its second year, the report also includes a ranking of 175 countries where childhood is most and least threatened as a result of poor health, malnutrition, exclusion from education, child labour, child marriage, early pregnancy and extreme violence.

These “childhood enders” are most prevalent where the three risks – poverty, conflict and gender bias – overlap to create toxic environments for children.

153 million children are at extreme risk of missing out on childhood because they live in countries characterised by all three risks. South Sudanese and Somali girls are an example of such children facing this triple threat.

The report also found that:

David Wright, Save the Children’s Regional Director, said that while progress is being made in many parts of the world—including in East and Southern Africa—it is not happening quickly enough.

“Without urgent action, we’ll never meet the promises made three years ago by every country at the UN in 2015 to ensure that by 2030 every child survives, learns and is protected.

“Governments can and must do more to give every child the best possible start in life. The fact that countries with similar levels of income deliver such different outcomes for children shows that policy, funding and political commitment make a critical difference.”

While the situation has improved in the past year in 95 of the countries ranked, alarmingly, conditions worsened in about 40 countries, according to the End of Childhood Index.

Save the Children is calling for increased support and commitments to end child marriage from key national and community leaders, as well as investment to conduct research that ensures best practices to eradicate early marriage are shared across the region.

The child rights agency is also demanding those involved in conflicts – or those with influence over them – engage to end all violations against children, and urging governments and donors to fund children’s post-conflict recovery.