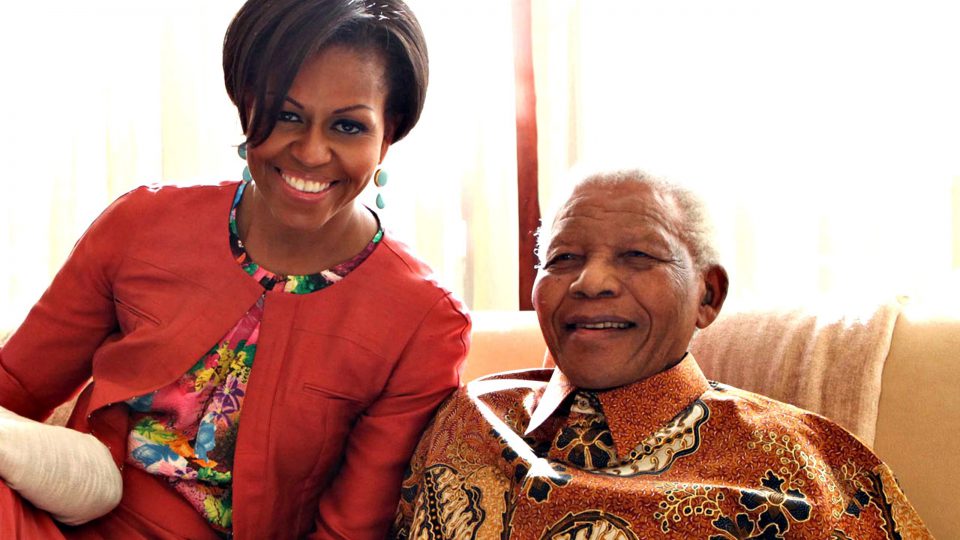 He may have gone but the ideals and legacies he lived for will continue to reverberate particularly among those whose lives were touched in one way or the other by this citizen of the world. One of those obviously is the Obama’s.

President Obama had recounted how that Nelson Mandela inspired millions of people across the world — including himself — to work for freedom, justice, and democracy. According to Obama, Mandela is “one of the most influential, courageous, and profoundly good human beings that any person will share time with on this Earth.”

“Like so many around the globe, I cannot fully imagine my own life without the example that Nelson Mandela set,” said the nation’s first African-American president. “And so long as I live I will do what I can to learn from him.”

Obama met Mandela in person only once, in 2005 when Obama was a senator from Illinois. The president later travelled to South Africa, but Mandela was too ill for a meeting; he met instead with members of the Mandela family.

Michelle Obama was not left out in this double impact inspiration from the world icon. Her visit to Nelson Mandela shortly before he passed on in 2013 was obviously one of the greatest exciting moments of her life.

Mandela’s life of service to others and his unwavering commitment to equality, reconciliation, and human dignity will continues to be a beacon for each future generation seeking a more just and prosperous world.

It is this legacy that the Centre will continue to propagate and promote in Africa. The Mandela Legacy Centre for Leadership and Development has taken this lead in championing a new Africa founded on the legendary legacies of this world icon. Let’s have a new African.It is possible!