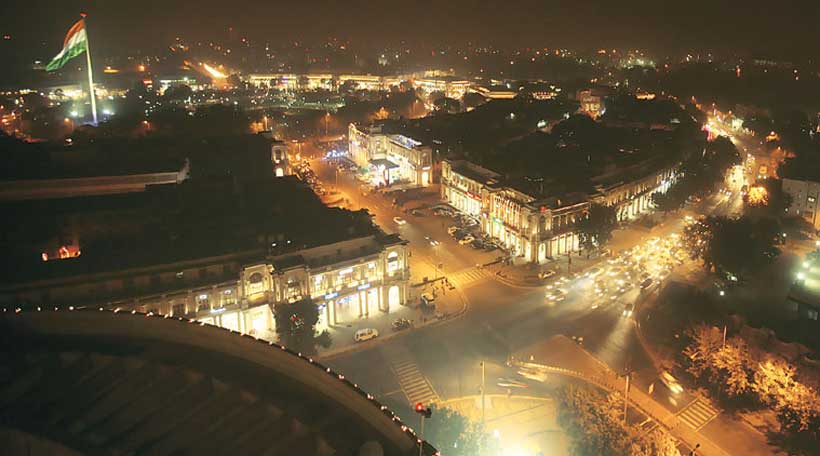 In coming decades, consumption growth and the Fourth Industrial Revolution will create tremendous opportunities in the emerging Indian market. During 2018, extensive proprietary research was conducted on India, the world’s largest democracy, and among the world’s fastest growing economies. The World Economic Forum’s new report, Future of Consumption in Fast-Growth Consumer Market – INDIA identifies key forces that will shape consumption in India and is a call to action for multi stakeholder collaboration to build an inclusive future for the country.

“As India continues its path as one of the world’s most dynamic consumption environments, private and public-sector leaders will have to take shared accountability to ensure such consumption is inclusive and responsible. I am confident that strategic foresight from this report will contribute to inspiring action and realizing a prosperous future for India with sustainable benefits for both business and society,” said Zara Ingilizian, Head of Consumer Industries and Member of Executive Committee, World Economic Forum.

With an annual GDP growth rate of 7.5%, India is currently the world’s sixth-largest economy. By 2030, domestic private consumption, which accounts for 60% of the country’s GDP, is expected to develop into a $6 trillion growth opportunity. If realized, this would make India’s consumer market the third-largest in the world, behind the US and China.

The future of consumption in India in 2030 is anchored in rising incomes and a broad-based pattern of growth and benefit sharing. It is anticipated that the growth of the middle class will lift nearly 25 million households out of poverty. In addition, India will have 700 million millennials and Gen Z consumers, who have grown up in a more open and confident country.

By 2030, there will be opportunities to bypass Western growth trajectories, such as those presented by more than 1 billion internet users, many of whom will only use mobile platforms, driving the need for business model innovation. Finally, future consumption growth will come from the “many Indias” – the diverse, rich and densely populated cities and the thousands of geographically dispersed, developed rural towns.

This positive vision for the future of India will only materialize if business and policy-makers pursue an inclusive approach to the country’s economic and, hence, consumption growth.

“As India rapidly transforms into a true middle class economy, not only do we see this income group finally coming into its own, we also see the inclusivity and equitable growth agendas being served much better than ever before. It’s an exciting future for firms that wish to unlock the consumption opportunity in India,” as stated by Nikhil Prasad Ojha, Partner and Leader of the Strategy practice at Bain India.

To unlock the potential of these opportunities and to ensure equitable growth, the report identified three critical societal challenges that need to be addressed:

As nearly 10-12 million working-age people emerge in India over the next decade, the country faces a huge challenge in providing the workforce with the right skills and gainful employment to enable the income growth behind the envisioned consumption of the future. More than one-half of Indian workers will require reskilling by 2022 to meet the talent demands of the future. On average, they will each require an extra 100 days of learning. Industry, civil society, education institutions and policy-makers need to join efforts to close the current skills gap.

By 2030, 40% of Indians will be urban residents. There will, however, be more than 5,000 small urban towns and more than 50,000 developed rural towns with similar income profiles, where aspirations are fast converging with those of urban India. Nevertheless, physical connectivity, digital connectivity and financial inclusion income is constraining the spending and well-being of rural dwellers, and these “access-barriers” need to be addressed to ensure social and economic inclusion in India over the next decade.

New health concerns, such as obesity and non-communicable diseases, and urban centres grappling with high rates of congestion and air, water and waste pollution are undermining the well-being of India’s citizens. As an illustration of the magnitude of just one dimension of the air-water-waste-congestion challenge, nine of the world’s 10 most air-polluted cities are in India, including its capital, New Delhi. To sustain future growth, business and policy-makers must take the initiative on improving health and liveability for India’s citizens by providing them with access to affordable healthcare, promoting sustainable development, and seeking solutions to urban congestion.

“India is at a tipping point, both in terms of economic growth and in the human development of its billion-plus citizens. As the country enters a new era of envisioned growth, collaborative efforts, especially public-private collaborations to address key challenges can unlock the full potential of a young, progressive and dynamic nation to establish India as a model for the world’s fast-growing consumer markets” said Mayuri Ghosh, Project Lead, Future of Consumption System Initiative, World Economic Forum.

The report produced in collaboration with Bain & Company builds on in-depth consumer surveys conducted across 5,100 households in 30 cities and towns in India, and draws from more than 40 interviews with private and public-sector leaders.

This report is part of a multi-year project “Future of Consumption in Fast-Growth Consumer Markets”, which focuses on the evolution of consumption in emerging markets, such as China and India. The report provides foresight on drivers of growth and levers of inclusivity in such markets, and establishes priorities for private and public-sector stakeholders, with the ultimate objective of shaping consumption-led inclusive growth in emerging markets.