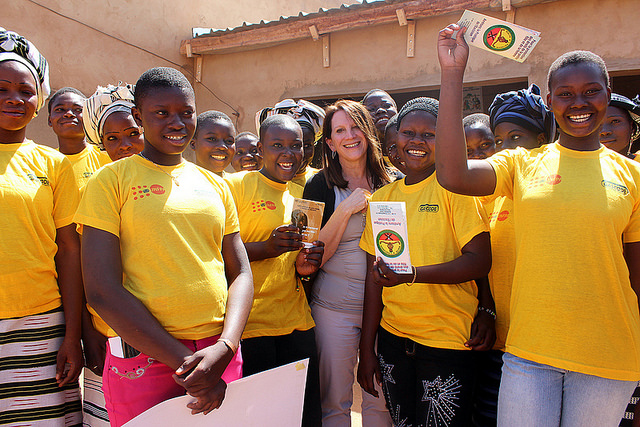 The UK has made the largest ever donor investment to help end the devastating and harmful practice of female genital mutilation (FGM) by 2030.

International Development Secretary Penny Mordaunt on Friday 23 November announced a new UK aid package to support the African-led movement to end FGM and provide better protections for vulnerable girls in some of the world’s poorest countries. The announcement comes ahead of the International Day for the Elimination of Violence against Women on Sunday.

UK aid will provide an extra £50 million – the biggest single investment worldwide to date by any international donor – to tackle this issue across the most affected countries in Africa.
Evidence shows that the work of the grassroots activists and survivors, who have built the largest-ever movement to end FGM, has had results. Thousands of communities across Africa are abandoning the practice, and many countries now have legal frameworks in place and provide women and girls with protection and care services.

That is why UK aid will support community programmes and grassroots campaigners in African countries to carry out work in the community, support women’s organisations and girls’ clubs in schools where they can discuss the issue in safe spaces.
This will help change the perception of FGM, and boost the push to end the practice by 2030. Whereas previously FGM was seen as an unquestioned norm, it is increasingly viewed as a harmful practice.

International Development Secretary Penny Mordaunt said:
Somewhere in the world, every seven seconds, a girl is at risk of FGM. Inspirational, courageous African women are leading efforts to end the practice in their own countries, and thanks to them, more communities are starting to abandon the practice.
But progress is at a critical juncture and we must work to protect the millions of girls that are still at risk of being cut. We also can’t end FGM in the UK without ending it globally.

I am proud UK aid is supporting the growing Africa-led movement against FGM and empowering women and girls in some of the world’s poorest countries to stand against the practice. Together, we can build a safer, healthier and more prosperous world for every child.

DFID will work with governments to get laws in place banning FGM; work with religious leaders to call for an end to FGM and dispel the myth that it is a religious practice – a major barrier in many countries; and support doctors, midwives and nurses to help end FGM and care for survivors.

This approach has already seen significant success in Sudan, where prevalence of FGM is high (at 87%) but thanks to projects supported by UK aid, social acceptance of FGM is falling. Six out of 18 states have passed legislation against FGM and the Sudanese Midwifery Council has brought in new rules to ban midwives from carrying out FGM. Further support will go to UK aid’s trailblazing programme in Sudan where data from community-led programmes shows social acceptance of FGM has fallen an estimated 18% in the last two years.

A five-year UK aid funded programme will also support in-country projects across Africa focusing on prevention, protection, education and legislation to stop FGM. It will do this by training advocates and leaders to talk to women, men, girls and boys in their communities about FGM. The programme will also educate people about the impact FGM has on young girls, through workshops, dramas and community discussion groups. It will also call on communities to no longer carry out the practice.
Since 2013, DFID-supported programmes have helped:

Notes
FGM is a procedure where the female genitals are deliberately cut. It can seriously harm the health of women and girls. It is a practice that is thousands of years old which continues to be performed in many parts of Africa, the Middle East and Asia.
 DFID will provide up to £50 million in UK aid to help put an end to female genital mutilation (FGM) by 2030.
The funding will go towards in-country projects across Africa, focusing on:
 changing attitudes and the abandonment of FGM, by supporting projects working directly with communities;
 supporting grassroots activists and youth initiatives with small-grants to lead change within their communities and hold governments to account in their own countries;
 working with the United Nations and governments to get laws in place banning FGM where they are still needed;
 supporting doctors, midwives and nurses to help end FGM and care for survivors.
 A total of £15 million will go towards expanding DFID’s trailblazing programme in Sudan. ‘Saleema’, a project run by UNICEF, has helped to reduce social acceptance of FGM by an estimated 18% in the last two years.