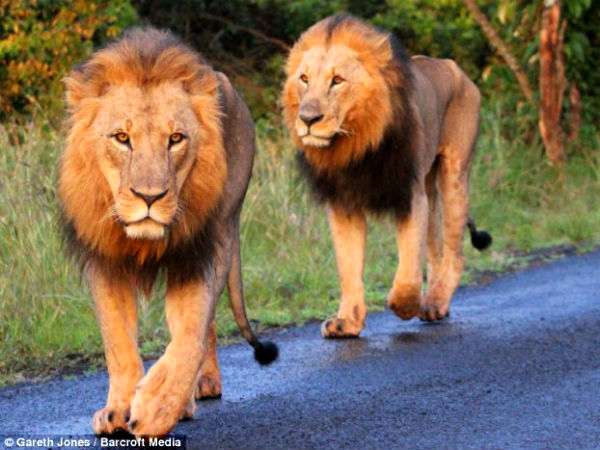 Marauding lions recently invaded Kenyatta High School and terrorised teachers as Taita-Taveta County grapples with persistent human-wildlife conflict. According to teachers, the pride invaded the school in Mwatate town in search of water after killing several livestock in the surrounding villages in the past two weeks.

The big cats have not only imposed a dawn-to-dusk curfew on the local community but also disrupted learning in the region. Teachers said learning in schools starts from as late as 9 am and end early for safety reasons. “I had commotion outside my house at night and when I went out, I came face to face with a big lion that was roaming around the school. I froze on seeing the wild animal outside my door,” Joseph Kiamba, a teacher at Kenyatta Boys High School narrated his ordeal to The Standard. The teacher said he later notified the principal who later alerted the Kenya Wildlife Service (KWS) personnel.

Mr Kiamba said the stray lions have been giving locals sleepless nights besides killing livestock. Residents and leaders said the lions had killed  cows, goats, sheep, donkeys and dogs all totaling to 128 valued at over Sh1.1 million at Mwatate, Chawia, Wusi-Kishamba and Maktau locations in Mwatate Sub County between June and July this year. At the neighbouring Mwatunge village, three lions were yesterday spotted during the day roaming freely. Deputy Governor Majala Mlagui said the local community would not continue to stomach laxity among KWS officials who are sleeping on the job at the expense of protecting locals and their property.

There is need for Tourism and Wildlife Cabinet Secretary Najib Balala and his Principal Secretary Margaret Makima to come to the ground to calm the residents,” appealed the Deputy Governor. “The two senior government officials need to come to the ground to see for themselves what the destructive animals are doing to the local community. We have been calming the residents but it has reached a point whereby they can no longer stomach the lion’s invasion anymore,” she noted. “The continued negligence by the KWS in containing the lion menace has disrupted trade in local markets,” added Mlagui. Mwatate Deputy County Commissioner Kenneth Muriungi sympathised with the local community over frequent lion’s invasion in people’s settlement areas. “I sympathise with the local community. For the past 10 days the situation has been chaotic because they have been spending helpless nights protecting their lives and property,” said the administrator.

An apologetic Muriungi said the government was doing everything possible to address the wildlife menace. In an effort to minimise wildlife conflict, the deputy county commissioner disclosed that last week, they had captured a stray lioness and its cub and driven it back to Tsavo National Park.

Man mauled by lions on his way home He concurred with the local leaders that stray lion had badly affected time tables for local schools. “It is true that learning is starting late and ending early. Parents are forced to escort their children to and from the school for fear of being attacked by the lions,” noted Muriungi. He said four security teams had been deployed on the ground to effectively deal with the wildlife menace. The administrator was addressing hundreds of residents and leaders who held a demonstration over the lion’s invasion on people settlement areas.

The residents had earlier blocked the Voi-Taveta highway for hours to protest over the government failure to rid the area of stray lions. They demanded the immediate resignation of the Tourism and Wildlife Cabinet Secretary Najib Balala and his Principal Secretary Margaret Mwakima including top KWS officials in the region accusing them of failing to address the wildlife menace.

The demonstration was led by Deputy Governor, MCAs Justine Juma Mwamba, Kichoi Mwakanyanga, Anastanzia Wakesho, Christopher Mwambingu and ODM official Thomas Njumwa Intelligence reports indicate that KWS had allowed illegal grazing in the Tsavo ecosystem that had interfered with the wildlife habitat forcing them to invade into farms and people’s settlement thereby aggravating the already pathetic situation. “Residents who lost their livestock should promptly be compensated for the irreparable loss and damage that they have suffered as a result of the lion invasion,” added Ms wakesho who is also the county assembly committee chairperson on Tourism and Culture.