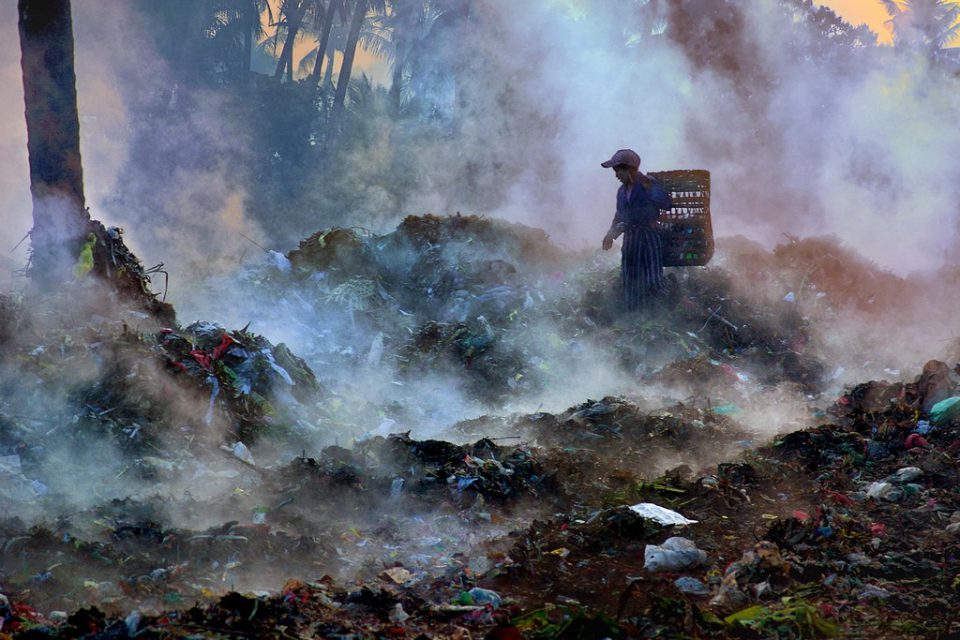 The centenary of Nelson Mandela’s birth is a reminder that the fight for a just, sustainable world is not yet over. Will humanity step up to take action against climate change?

The late Kofi Annan once said that climate change is the “existential issue of our time.” A wave of extreme weather events this past summer—from wildfires in California and Sweden to floods in India and drought in Australia—show just how right he was. And, as Annan also understood, addressing this crisis does not mean only protecting the economy or even the environment; it also means defending justice, preserving human rights, and committing to social solidarity.

For more than four decades, these values have motivated my work to advance sustainable development at both the national and international levels. In the 1980s, while serving as Norway’s prime minister, I chaired the World Commission on Environment and Development, at the invitation of then-United Nations secretary-general Javier Pérez de Cuéllar. The Commission’s 1987 report, Our Common Future, became a landmark document that brought sustainable development to the attention of presidents, prime ministers, and finance ministers worldwide. It spurred the 1992 Conference on Environment and Development in Rio de Janeiro, and it continues to influence global discussions.

Today, I write as a member of The Elders, a group of independent leaders founded by Nelson Mandela to work for peace, justice, and human rights. Climate action is integral to progress in all of these areas.

We know what needs to be done. Carbon dioxide emissions must be taxed and reduced. Fossil-fuel industries must have their subsidies cut off. And financial support must be delivered to the least-developed countries that are most vulnerable to the effects of climate change, despite having contributed almost nothing to the problem.

Why aren’t these steps being taken? With a few regrettable and conspicuous exceptions, world leaders recognise the reality of climate change. They see the damage extreme weather events can inflict on homes, infrastructure, and livelihoods, and they hear climate scientists’ warnings that conditions will only deteriorate.

But a sufficiently bold climate strategy demands courage and political commitment from leaders. Moreover, such strategies must be continuously updated to reflect changing socioeconomic realities—from globalisation and artificial intelligence to greater awareness of gender and race discrimination—in order to secure the support of citizens, especially younger people.

Of course, ordinary citizens—again, especially young people—also have a responsibility to help bring about effective climate action. The challenges the world faces may appear overwhelming, but the job of its citizens is simple: engage. This means changing their own behaviours, including by voting, demanding more action from leaders, and even stepping up to lead themselves.

In his searing study of human courage and cowardice, An Enemy of the People, the Norwegian dramatist Henrik Ibsen wrote: “A community is like a ship; everyone ought to be prepared to take the helm.” With our global ship being tossed by stormy and dangerous waters, each of us must be ready to display leadership in an appropriate and realistic way, whether within our local community or at the national or international level.

We already have charts that can guide us toward safety. The 17 UN Sustainable Development Goals, agreed by all 193 UN member states in 2015, cover all of the interconnected elements of human life and development, from health, education, and the environment to peace, justice, security, and equality.

For example, there can be no development, sustainable or otherwise, without a healthy global population. Yet, as my fellow Elder, former UN secretary-general Ban Ki-moon, and I saw firsthand on a recent trip to India, millions of people in that country alone are plunged into poverty each year due to health costs.

Achieving the SDGs—and, thus, tackling the climate crisis—will require us to stand up to the vested political, business, and economic interests that seek to maintain our current unequal order.

The good news is that India is also demonstrating how innovative reforms at the state and national levels can improve access. In particular, the Delhi state government’s Mohalla Clinics, true to their name (mohalla means community or neighbourhood in Hindi), offer a basic package of essential health services—including medicines, diagnostics, and consultation—free of charge.

The health challenge India faces is shared by many countries worldwide, including far wealthier ones such as the United States. Addressing it will demand not just more innovation, but also the application of existing solutions like the Mohalla Clinics, based on the recognition that health is a public good and that effective health-care systems are built on social solidarity—the same principle that informs all of the SDGs.

The fact is that every head of state, every government, and every citizen has a responsibility to ensure that we achieve the SDGs. In that sense, the goals refute the view that the best way to maximise prosperity and security is to put one’s own country and its interests first, while walling it off from its neighbors.

Achieving the SDGs—and, thus, tackling the climate crisis—will require us to stand up to the vested political, business, and economic interests that seek to maintain our current unequal order. It will also demand that we overhaul our unsustainable lifestyles and our patterns of production and consumption, while confronting the issue of rapid population growth. Everyone will have to pull their weight.

This year, people worldwide are marking the centenary of Mandela’s birth. Mandela, one of the most remarkable and visionary leaders the world has ever seen, understood that human development is a collective, holistic endeavour. “Overcoming poverty,” he once declared, “is not a task of charity, it is an act of justice.”

Let us honour Mandela’s legacy by taking urgent, cooperative, and comprehensive action to achieve the SDGs. Let us build a world that we can proudly bequeath to our children and grandchildren.

Gro Harlem Brundtland is a former prime minister of Norway and a member of The Elders, a group of independent global leaders working together for peace and human rights.

Defining the Diaspora’s role and potential with Africa