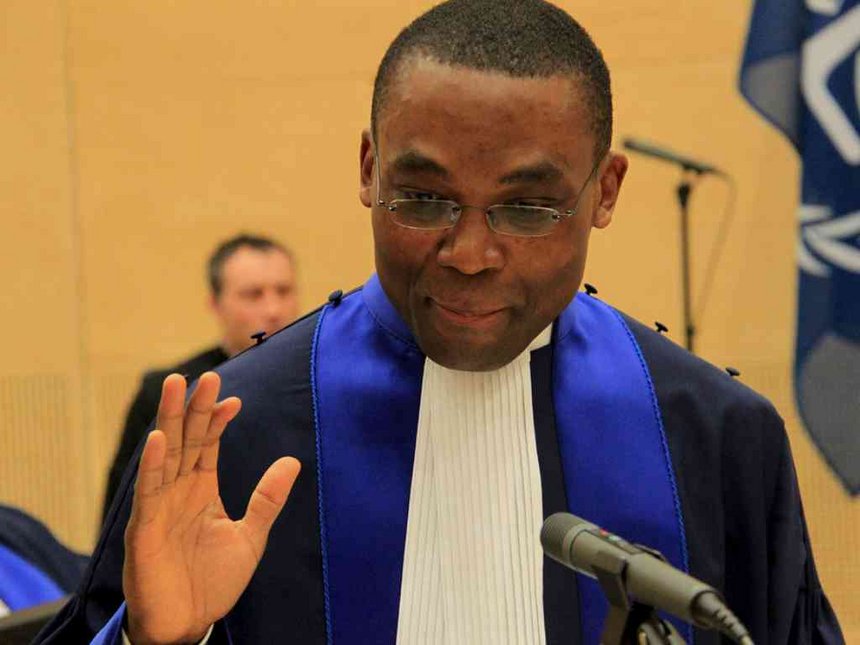 The International Criminal Court (ICC) has elected Nigeria’s Mr. Chile Eboe-Osuji as the President for three years from 2018 to 2021.

This was announced in a statement by the Spokesperson/Head, Public Affairs Unit, Mr. Fadi El Abdallah, who said the three-year term is with immediate effect.

“Today, 11 March 2018, the judges of the sitting in a plenary session, elected Judge Chile Eboe-Osuji (Nigeria) as President of the Court for a three-year term with immediate effect,” the statement read.

“I am deeply honoured to have been elected by my peers as President of the International Criminal Court. As I take up my duties, I feel encouraged that I am able to rely on the wide experience of the two Vice-Presidents, Judge Robert Fremr and Judge Marc Perrin de Brichambaut, both of whom I have closely worked with previously. I look forward to working together with them as well as with all the judges, all the Officials and the staff of the Court in a spirit of collegiality.

“I also look forward to collaborating with the Assembly of States Parties, civil society and the international community at large, acting together to strengthen and reinforce the Rome Statute system, the 20th anniversary of the adoption of which we celebrate this year”, President Chile Eboe-Osuji stated following the election.

“I am also grateful to the previous President, Judge Silvia Fernández de Gurmendi, and Vice-Presidents, Judges Joyce Aluoch and Kuniko Ozaki, for their work and leadership,” he added.

According to the Court Spokesperson, the Presidency – consisting of the President and the two Vice-Presidents – plays a key role in providing strategic leadership to the ICC as a whole.

Abdallah also stated that the Presidency coordinates with the other organs and seeks the concurrence of the Prosecutor on matters of mutual concern.

In accordance with the Rome Statute, he said, the ICC’s governing treaty, the Presidency is responsible for the proper administration of the Court, with the exception of the Office of the Prosecutor.

He said the Presidency oversees the activities of the Registry and provides input into a broad range of administrative policies affecting the Court’s overall functioning.

Furthermore, he said, it conducts judicial review of certain decisions of the Registrar and concludes Court-wide cooperation agreements with States and international organisations.

Judge Eboe-Osuji was born in Anara, Imo, Nigeria, on 2 September 1962.

Eboe-Osuji was called to the Nigerian Bar in 1986 and practised briefly there. After obtaining his master of laws degree from McGill in 1991, he worked as a barrister in Canada, having been called to the Bar in Ontario and in British Columbia in 1993.

From 1997 to 2005, Eboe-Osuji worked at the International Criminal Tribunal for Rwandaas prosecution counsel and senior legal officer to the judges of the tribunal.

From 2005 to 2007, he worked in Canada as a barrister and law lecturer. Working for the Special Court for Sierra Leone as senior prosecution appeals counsel in 2007/08 and returning to the ICTR from 2008 to 2010 as Head of Chambers, he became the Legal Advisor to the United Nations High Commissioner for Human Rights Navi Pillay in 2010, and held a cross-appointment as the principal prosecution appeals counsel at the Special Court for Sierra Leone, in the case of Charles Taylor, the former President of Liberia.

He has authored two books and numerous law journal articles in international law.