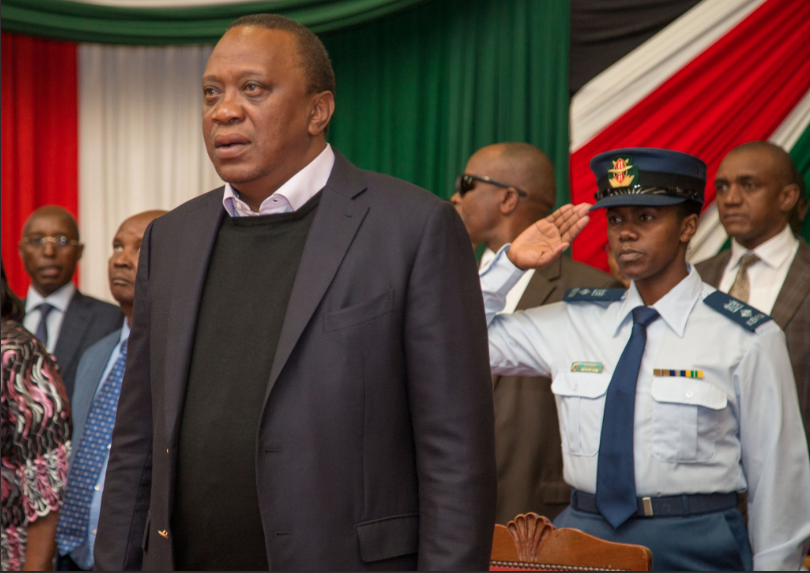 President Uhuru Kenyatta recently made history when he appeared in public with a female Aide-de-Camp.

The unidentified ADC sat behind a relaxed Head of State during the annual music festivals winners’ stage concert at Sagana State Lodge in Nyeri on Friday.

This is the first time a Kenyan president has a female ADC.

This development, however, comes amid a recent reshuffle in that position over the last year.

Leokolool replaced Lt Col. Victor Mburu who had served in that role for 11 months.

Col.Mburu had replaced Col.Peter Njiru who served the Head of State in his first term.

An ADC is normally expected to stand behind the president at all times, salute at designated moments and is the conduit for gifts and documents to and from the president.