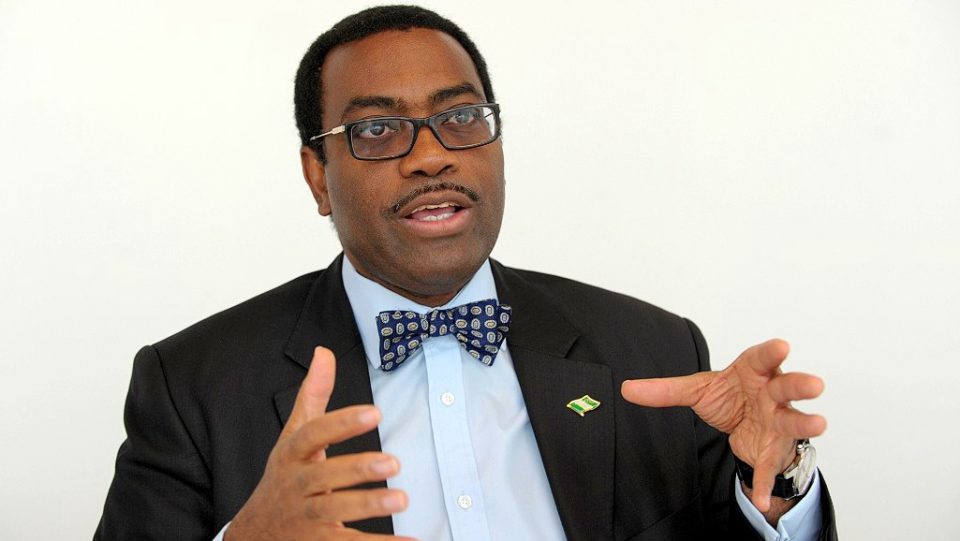 The African Development Bank, AfDB, is bringing electricity to 29.3 million African households by 2020 through the new strategy titled New Way of Working.

Akinwumi Adesina President of the bank, Akinwumi Adesina, disclosed this at the United Nations Economic Commission for Africa in Ethiopia. In a statement by AFDB, United Nations agencies signed a “Commitment to action” document at the World Humanitarian Summit in which they agreed on a new way of working in crises.

Adesina called on the UN Secretary General to join him in supporting the green climate fund and the global environment facility to also work differently, and step up support to co-pay for climate risk insurance for vulnerable African countries.

He stated: “AfDB is today at the forefront of investing in renewable energy in Africa. The share of renewable energy in the bank’s energy portfolio increased from 14 per cent when I became President in 2015 to 100 per cent last year. “Our support last year alone provided 3.8 million Africans with access to electricity and with adequate financing; we expect to reach 29.3 million people with access to electricity between 2018 and 2020.”

Adesina noted that the bank has stepped up and pledged to support African countries to pay for insuring themselves against catastrophic weather events that displace their public expenditures.

According to him, AfDB plans to provide $76 million in 2018 for the payment of insurance premiums, with participating countries providing $31.5 million and the African Risk Capacity Agency providing $16 million.

Figures from AfDB indicate that over 20 countries have indicated interest in participating in the bank-supported initiative.