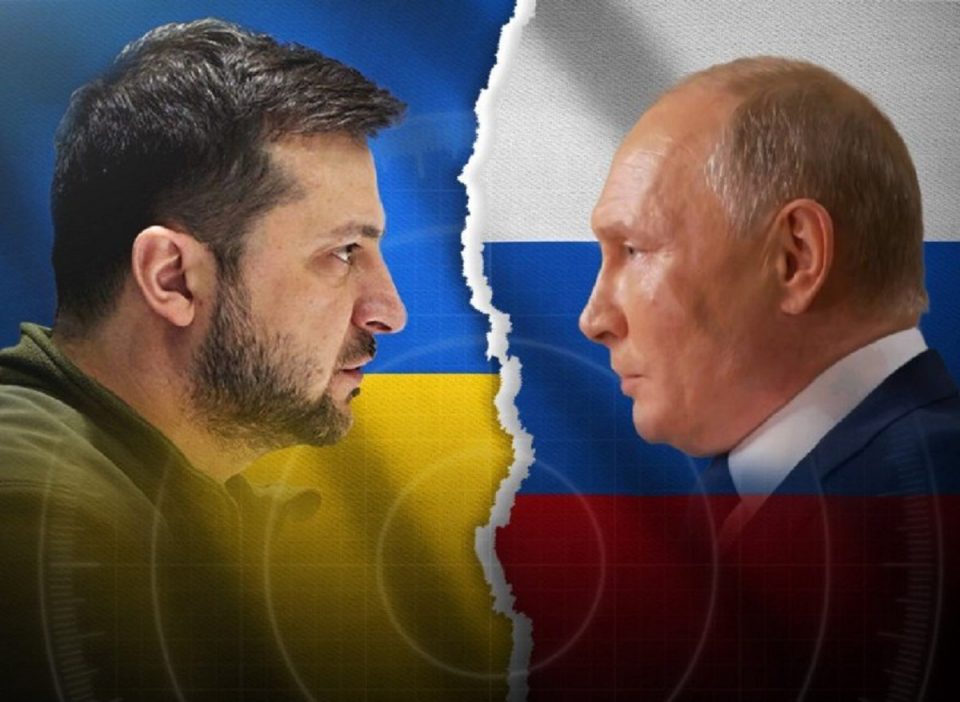 The Ukraine-Russia war has had shocking effects across the African continent and all over the world. Many African states, which are currently struggling with political, economic and sociocultural problems, are exposed to the effects of this war when they have yet to recover from the impact of the COVID-19 pandemic.

First, it is possible to say that the war caused a political difference of opinion among African states. Countries like Eritrea, Mali and the Central African Republic voted in favor of Russia within the United Nations in March and April in the voting on Russia’s violations. Many African countries either did not participate in the vote or abstained. On the other hand, many states took a stance condemning Russia’s invasion of Ukraine. However, there were also more radical responses to the war on the continent. Soldiers in the Central African Republic pledged allegiance to Russia and declared that they were ready for a war against Ukraine. It can be understood from this that Russia’s efforts to increase its presence in Africa have started to bear fruit in recent years.

As it is known, the Central African Republic is one of the countries where Russia is most influential in Africa. The country has been struggling with problems such as political crises, poverty and terrorism for decades. The Central African Republic, which could not solve these problems with the support given by Western actors, particularly the U.N., France and the U.S., increased its interaction with Russia, which was on the rise in Africa. Undoubtedly, the U.N. Security Council’s decision to impose an arms embargo on the country was also influential in its decision-making. Faustin-Archange Touadera, the president of the Central African Republic, has been a key ally of Russia on the continent since 2017. He enjoys great political and military support from the Kremlin. Today, there are many Russian advisers in the government and in the army, as well as Wagner Group mercenaries, who number around 2,000. While providing the African country this support in the political and security field, Russia aims to be a concessionaire for important mineral and energy resources in the country such as uranium, oil, diamonds and cobalt. Such that, in the mining law prepared in the country, Russian political consultants try to guarantee Russian interests.

In response to these developments, Senegal’s President Macky Sall wrote in a tweet that Ukraine’s President Volodymyr Zelenskyy wanted to appeal to the African Union (AU) to get the support of African states. Many experts point out that these discourses and contacts within the framework of the Ukraine war will harm the peace and stability of the continent.

On the other hand, due to the war, the expectation that Russia will shift active Russian mercenaries in Africa and Syria to the Ukrainian front has come to the fore. There has been no concrete development in this regard yet. However, if it happens, there is a possibility that the balances may change in many African countries that receive support from the Russian mercenaries in their fight against terrorism and internal turmoil. For example, in the Central African Republic, where a large number of Russian mercenaries are deployed, there is a concern that the withdrawal of the Wagner Group might strengthen the rebels.

The Ukraine-Russia war had negative effects on the African continent economically as well. It is known that these effects will increase over time. Many Russian companies are inactive due to international sanctions. Moscow is expected to suspend its activities in many African countries where it has a presence. This will cause great damage not only to Russia but also to the economies of the African countries. For example, the Russian energy company Lukoil withdrew from a gas project in Equatorial Guinea due to these sanctions. It is also likely that the company will put investment decisions in countries such as Ghana and Cameroon on hold.

The deepest impact of the Ukraine-Russia war in Africa has begun to be felt in the food crisis, which is already a grave situation. The war jeopardizes a very large segment of Africa’s access to food. As it is known, Ukraine and Russia are among the top five international exporters of barley, sunflower and corn. In addition, these two states have a one-third share of world wheat exports. In 2020 alone, African states imported $4 billion of agricultural products from Russia and $2.9 billion from Ukraine. For example, in order to meet the food needs of its population of 206 million, Nigeria, which is the fourth largest wheat importer in the world, buys 25% of its imports from Ukraine and Russia. Countries such as Sudan, Uganda and Tanzania meet almost half of their wheat imports from these two states. However, as a result of this ongoing war between Ukraine and Russia, the prices of food products imported from these two countries increased. As a result, the African people, who have not been able to heal from the wounds of the pandemic yet, face a more dire picture amid rising food prices.

International cooperation is essential in resolving this food crisis individuals in Africa are facing since the economies of many states on the continent are struggling with major problems and some of them have difficulty paying their debts. For this reason, states struggle to provide adequate public services and social aid programs for their citizens. The representatives of international organizations such as the World Bank, the International Monetary Fund (IMF) and the World Trade Organization (WTO) have recently called on the international community to support agricultural activities to stop this food crisis. On the other hand, it should not be forgotten that these organizations have put pressure on many African states for many years and ensured that they do not reduce or completely stop subsidizing fuel and food to the public. After all, the neoliberal policies of these international organizations that have lasted for several decades form the basis of many problems that Africans are facing today.

Many Western and international donors who contributed to the development of African countries have shifted their focus to stopping this war and meeting the needs of refugees fleeing it. Some countries are also expected to increase their defense spending in their budgets and reduce development aid to African countries. This will cause new crises for many African people who are in need of these aid donations.

As a result, although this war takes place between Russia and Ukraine, its effects are felt globally. Meanwhile, African states with fragile political, security and economic structures are taking great blows from this war. For this reason, African leaders should make decisions by taking into account the damage to their country and the African continent in their reactions to this war.

Top 10 most educated presidents in Africa 2022