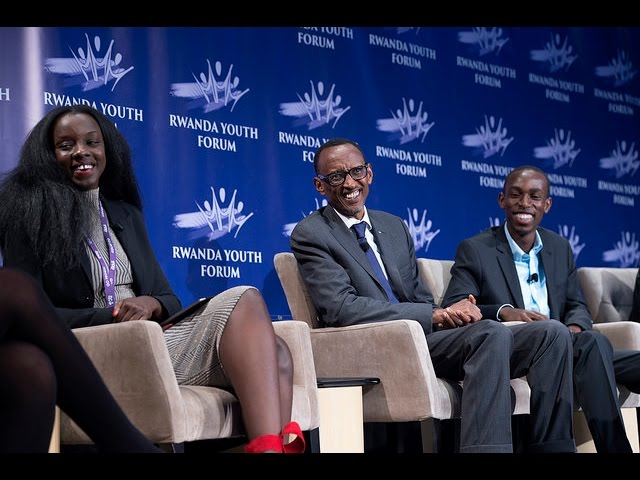 The Agenda 2063 Goal 1 aspires to a high standard of living, quality of life and well-being for all Africa’s citizens. The priority areas of Agenda 2063 include improving incomes, providing jobs, and decent work for Africa’s citizens to alleviate poverty, inequality, and hunger. This provides social security and protection, including for persons with disabilities, as well as modern, affordable, and liveable habitats and quality basic services. Furthermore, African leaders, through Agenda 2063 Goal 2, aspire to have well-educated citizens and skills revolution underpinned by science, technology, and innovation. The area of focus is an education and science, technology, and innovation (STI) driven skills revolution.

Principally, for Africa to achieve accelerated, inclusive, and sustainable socio-economic growth through science, technology, and innovation (STI) driven manufacturing, development, and industrialisation, there is a need for highly skilled and talented Africans. Skilled Africans are key resources to the continent successfully implementing robust policy and infrastructural frameworks in industrialisation and innovation.

Unfortunately, highly skilled African professionals have been emigrating African countries to pursue lucrative cultural and socio-economic opportunities on other continents. This phenomenon is referred to as the brain drain. Because of brain drain, numerous African countries have been left without the critical skills pertinent to addressing their ever-growing socio-economic development challenges. Several African countries are currently losing skilled academics, engineers, scientists, medical doctors, nurses, accountants, among other skills, to developed countries that can offer lucrative compensations. This implies that Africa is losing critical skillsets that negatively impact the continent’s socio-economic development and growth aspirations.

Notably, the main causes of brain drain in Africa include pursuing higher-paying jobs outside Africa to escape socio-economic limitations such as poverty, limited infrastructure, and rudimentary jobs. Enabling environments in developed countries affords them the ability to generate rewarding businesses and obtain lucrative jobs. Such foreign opportunities match the skilled individuals’ aspirations, and expected socio-economic recompense encourages more Africans to emigrate to developed nations. Furthermore, a significant proportion of highly talented African students that obtain opportunities and scholarships of training abroad do not return to their home countries after completing their respective studies. This is due to previously encountered infrastructural challenges that hinder seamless reintegration of foreign-trained student into their home countries and comparatively less competitive remuneration.

Regrettably, the brain drain challenge has derailed Africa’s socio-economic development. It has additionally increased expenditure on education and training so to compensate for the emigrated talent and skilled personnel. Studies indicate that Africa losses approximately US$2 billion per annum due to professionals and executives migrating to countries such as Australia, Canada, Great Britain and the United States of America. While Africa is significantly losing from brain drain, the host countries for emigrating Africans significantly benefit from such trained professionals. For example, Canada benefits approximately US$384 million per annum, whilst the United States of America benefits approximately US$846 million and US$2 billion for Britain from the socio-economic contributions of African professionals.

Brain drain has also critically and negatively impacted research, development, and innovation in Africa. For example, reports show that Africa contributed approximately 1.8% (68 945 publications on science and technology) of research publications and patents awarded in 2004. Comparatively, during the same period, Europe produced 43.8% knowledge products, 37% for North America, 8.6% for Asia, 4.7% for Latin America, and 4.2 % for Oceania. As of 2017, Africa’s contributions to the world’s research, development, innovation have varied between 0.7% and 1.1%.The common challenge is that some of this new knowledge is produced by African scientists working outside their own African countries or the African continent. Understandably, research produced by Africans outside the continent cannot be assigned to Africa but to the countries and continents where the African scientists are currently situated.

African governments and partners have attempted to implement several policy frameworks, initiatives, and measures to retain, recall, and replace the talent lost through the brain drain phenomena. These policy frameworks were attempting to ameliorate the impact of brain drain in Africa. However, such policies have fallen short of successfully curbing brain drain. For instance, South Africa had officially and diplomatically appealed to Western governments to cease pursuing their citizens through targeted recruitment campaigns, hoping to reduce the tide of emigration. However, the number of Africans departing for Western nations is currently increasing, with an estimated 70,000 skilled African professionals departing the continent for advanced industrialised countries annually. Unfortunately, with all these efforts being implemented, among others, the brain drain seems to exacerbate. African governments have barely addressed the brain drain challenge within their countries.

To address Africa’s brain drain challenges, the African Union High Level Panel on Innovation and Emerging Technologies (APET) recommends that African countries effectively harness digital technologies powered by artificial intelligence and blockchain technologies. These are to attract a skilled workforce and build or strengthen existing capacity by providing platforms for rewarding collaborative work, especially in this “new normal” dispensation. Such digital solutions can potentially bridge the talent gap and critical skills shortages across the African continent.

For example, scientists, innovators, and medical doctors in Nigeria have developed the Medics2You application. The Medics2You application is a digital platform that has been designed to leapfrog and complement the existing Nigerian medical ecosystem. This is accomplished by connecting patients to approximately 18,000 Nigerian medical doctors based in the United Kingdom for medical attention. These diaspora medical doctors can be consulted by Nigerians situated in Africa through face-to-face video consultations; telemedicine. Furthermore, through international guidelines, the diaspora medical doctors can prescribe medication and deliver such medication at the patient’s door and workplace in collaboration with local medical partners.

Diaspora scientists, healthcare workers and engineers can also participate in offering module courses to their colleagues in Africa through e-learning on digital platforms. These collaborative e-learning possibilities can be provided through African institutions and provide new prospects for African countries in advanced healthcare, research and development and enhance particularly south-south collaboration. The University of the Mountains in Cameroon has benefitted from such collaborative e-learning programmes with European universities such as the Dijon University Hospital (France), University in France, University of Udine (Italy), and Centro Cardiologico Monzino (Milan, Italy).

Recognising the importance of Africa’s skillset living in the diaspora, the African Union recognises African diasporans as its 6th region. Their contributions to Africa’s socio-economic development is invaluable and needs to be effectively tapped. Accordingly, scaling up such innovative and digital technology programmes to all socio-economic sectors can help African countries benefit from the diaspora’s specialised skills.