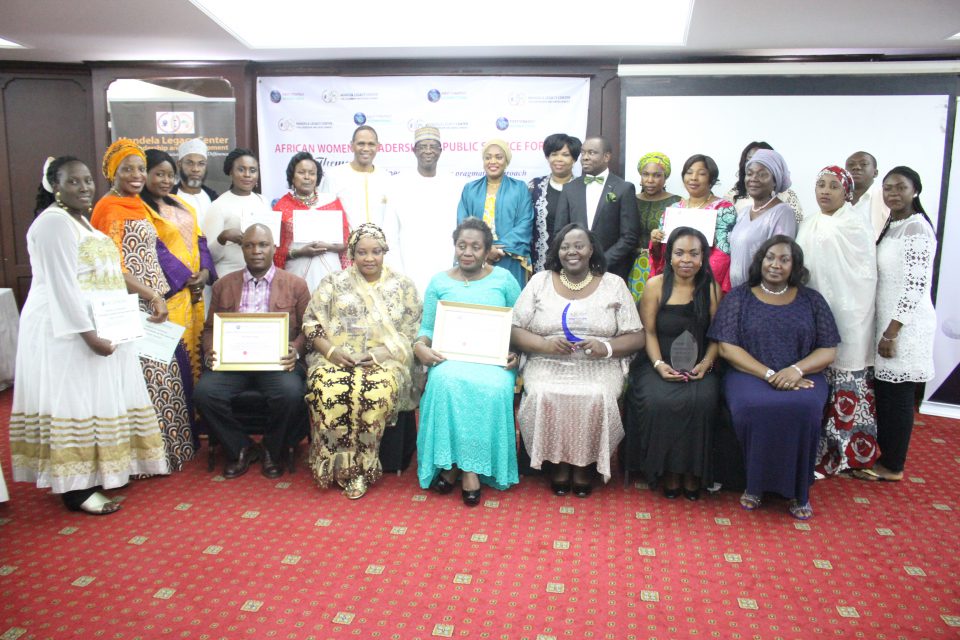 At the recently concluded African Women in Leadership and Public Service Summit in Nairobi, Kenya, the Mandela Legacy Centre for Leadership and Development, a non-governmental organization (NGO) founded pursuant to the need to uphold the legacies of Dr. Nelson Mandela while providing a platform for robust debate and solution finding to issues of governance, Leadership and development in Africa, have honoured some distinguished African women who made it through the very rigorous screening exercise to become the latest recipient of the prestigious African Inspirational  Women Leadership Award in recognition of their commitment towards improving the social, economic, and political status of women, while positioning themselves as role model and inspiration to tons of women in their local communities.

Speaking at the event, the Executive Director of the Centre, Chrys Anyanwu emphasised why Africa must brace up to undo the not too good 2017 World Economic Forum Annual Gender Gap Report which shows that  African countries are not doing well in terms of gender. According to him, Amongst the 144 countries assessed globally by that report, Rwanda is the only African country found among the first ten best countries for women globally. Countries like Morocco and Mali are unfortunately occupying the 136th and 139 positions respectively.

According to a top member of the International Advisory Board of the Mandela Legacy Centre for Leadership and Development, Amb. Angela Colley, people like the 2018 honourees are the reasons we continue to do what we do. “While we believe in raising leaders across board especially from our own Africa, we have come to realize that if we don’t celebrate our own, no one else will. A lot of African women have taken it upon themselves to champion the course of other less privilege women in the society. Most times, these are people the government and the larger society have completely neglected and who share no form of relationship with their benefactors. Some of these women have shown unbridled commitment towards improving the social, economic and political status of fellow women. They have become role models and inspirations to tons of women in their local communities. These are the women we are celebrating today”.

The Executive Director of the Centre Chrys Anyanwu, however concluded by reminding the honourees that their  new role has just begun. “You are now like a shining star whose light cannot be hidden”. This is because, “to whom much is given”, they say “much is expected”. The award you received today simply put is an invitation to more work. Indeed, there more work to be done in Africa. Always remember, Africa is ours and we must remain our brothers and sisters keeper. As the saying goes “My brother is a reflection of me, I can’t fly if he’s falling”

According to him, “we are happy to have secured the endorsement of our highly respected board. It is our belief that this goodwill will become the mirror through which the entire world will view Africa in the future”.