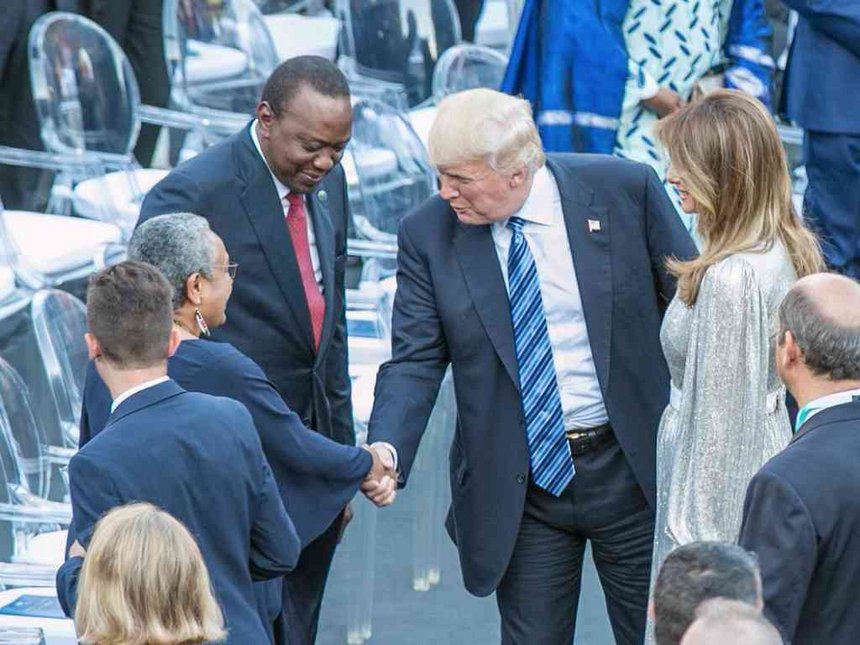 Also expected on the agenda are governance, democracy and infrastructure.

State House has said the President will push for an increase in Kenya’s export volumes under an agreement that grants duty-free access to US market for products exported by beneficiary sub-Saharan countries.

Recent political developments, including the unity deal between Uhuru and Opposition leader Raila Odinga under the Building Bridges initiative as well as a renewed war on corruption are also expected to feature in today’s meeting.

State House says co-operation between Kenya and the US in security, governance, trade and investment, and a partnership in regional and international matters will take centre stage during the Washington visit.

Foreign Affairs Cabinet Secretary Monica Juma said the meeting was significant for Kenya as it underscored the importance of the relationship between the two nations.

“The relationship is historic and it’s an opportunity to strengthen the bilateral relations covering areas of trade, security and infrastructure,” she said. The Standard has established that Uhuru will also engage potential investors by pitching for Kenya as an investment destination.

“American companies have a big market, especially for ICT products either directly or through affiliates,” said a source in the presidency.

The meeting seeks to deepen markets for Kenyan products under the African Growth and Opportunity Act (Agoa) and other initiatives, including renegotiating Agoa beyond 2025.

Trading partner “We also held fruitful deliberations with Gil Kaplan, the under-secretary for commerce, on participation of US companies in the Big Four agenda,” he added.

The US is currently ranked fifth among Kenya’s top trading partners and the third leading export destination. “There are a number of lines in Agoa that could be enhanced,” added Juma.

The President is also scheduled to meet with Mr Lighthizer.

The US is keen on the political process in the country. According to the confidential notes for the meeting, Kenya is a key leader in democracy in the region.