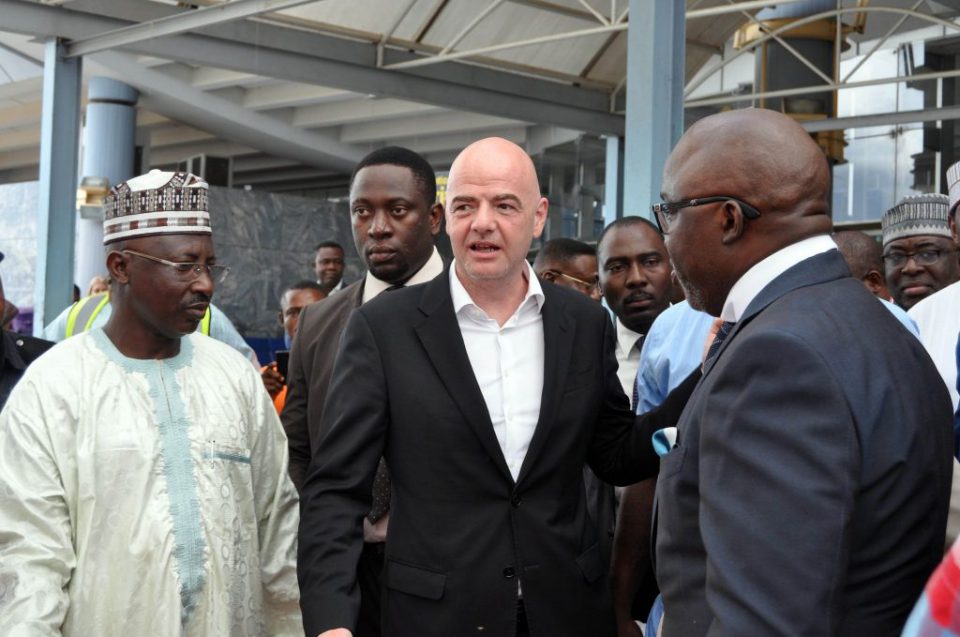 The FIFA Executive Football Summit opens in Nigeria’s commercial capital city of Lagos. The Summit, which is one of 12 meetings being staged across the universe between November 2017 and March 2018, is part of FIFA President Gianni Infantino’s vision of “bringing FIFA back to football and football back to FIFA.”

According to local media reports, the Summit comes less than 24 hours after the inaugural edition of the AITEO-NFF Football Awards, which was attended by FIFA President and some officials of FIFA as well as the President of CAF.

The FIFA team was led by the President of the Nigeria Football Federation (NFF) Amaju Pinnick, to pay a courtesy visit to the Governor of Lagos State, Mr. Akinmunmi Ambode.

The reports said that the other members of the FIFA executed attending the meeting included CAF President, Ahmad and FIFA Secretary General Fatma Samoura, FIFA Council members Kwesi Nyantakyi of Ghana and Sonia Bien Aime from Turks and Caicos Islands.

The reports said that there would be a post-Summit Press Conference and dinner for the delegates.

It added that two African cities – Nouakchott in Mauritania and Dar es Salaam in Tanzania are in the mix of the 12 cities worldwide to host the FIFA Executive Football Summits.