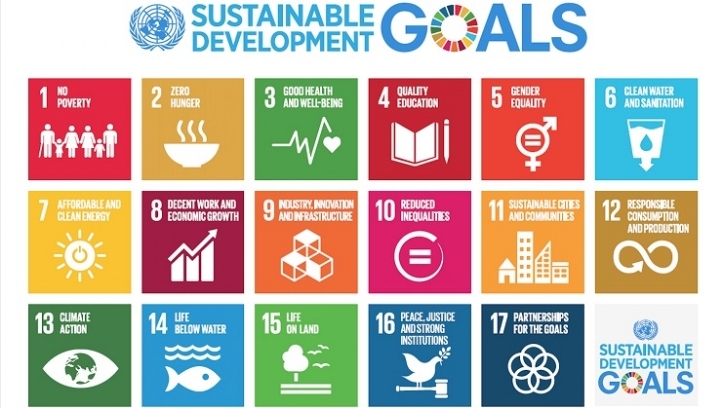 The latest report on Africa’s sustainable development urges governments to strengthen their urban planning capacities to manage the potential of the region’s ever-expanding cities and address environmental challenges including climate change, droughts and floods.

The 2018 Africa Sustainable Development Report titled “Transformation towards a sustainable and resilient continent” was launched on Tuesday 4 December during a special event held at the 13th Africa Economic Conference in Kigali, Rwanda.

In one of its key findings, the report indicates that the proportion of Africans (excluding North African) with access to safe water was 23.7 percent, barely one third of the global average of 71 per cent, which is generally low by global standards and characterized by wide disparities between and within countries.

The 2018 ASDR finds that access to electricity in Africa is increasing, albeit at a pace lower than the population growth, and that the continent’s abundant renewable energy potential remains largely untapped.

Africa is the fastest urbanizing region globally, but the potential benefits are not yet fully exploited; Efficiency in energy use is improving but reliance on biomass poses a challenge to progress. Africa outperforms most of the world’s regions in the conservation and sustainable use of its mountain resources.

The report finds that countries such as Kenya, Morocco, South Africa and Tunisia, which rank high on science and innovation in Africa, invest a relatively higher share of their GDP in research and development than their peers and provide higher incentives for the private sector to carry out research than the rest of sub-Saharan Africa.

Speaking on behalf of the various organizations that co-authored the report, various distinguished panellists present at the launch made the following comments.

Victor Harison, AUC Commissioner for Economic Affairs: “There is an urgent need to sustainably manage Africa’s diverse natural resources, including land and water for agriculture, forests, minerals, oil and gas.”

Chidozie Emenuga, Divisional Manger, African Development Institute of the African Development Bank: “This definitive report clearly documents the extant trends, opportunities and challenges facing the continent as it marches towards attainment of its development goals. The Bank’s input in the report aligns with our role as a knowledge partner, fostering the development of our regional member states.”

Adam Elhiraika, UNECA Director of the Macroeconomics and Governance Division: “Africa has made progress in the six areas targeted by the report though much more still needs to be done. The report is crucial as it points us in the right direction as we seek to accelerate progress on the SDGs to eradicate poverty, address climate change and build peaceful, inclusive societies for all by 2030.”

Ayodele Odusola, UNDP Africa Chief Economist and Head of Strategy and Analysis said: “Robust innovation systems that drive urbanization and sanitation require a sound infrastructure that connects the science community and researchers to the private sector and the government. This in turn is vital for the achievement of the Sustainable Development Goals and Agenda 2063.”

This year, the report cast its focus on five of the 2030 Agenda’s Sustainable Development Goals: SDG 6 – Clean water and sanitation; SDG 7 – Affordable and clean energy; SGD 11 – Sustainable cities and communities; SDG 12 – Responsible consumption and production; and SDG 15 – Life on Land; and the related objectives contained in Agenda 2063, the African Union’s development framework. The 2018 ASDR also includes a chapter on the role of Science, Technology and Innovation as an important means of implementing Goal 17: Partnership for the goals.

The annual Africa Sustainable Development Report is the only publication that simultaneously tracks the continent’s performance on both agendas using the Continental Results Framework endorsed by the African Union Heads of State and Government.