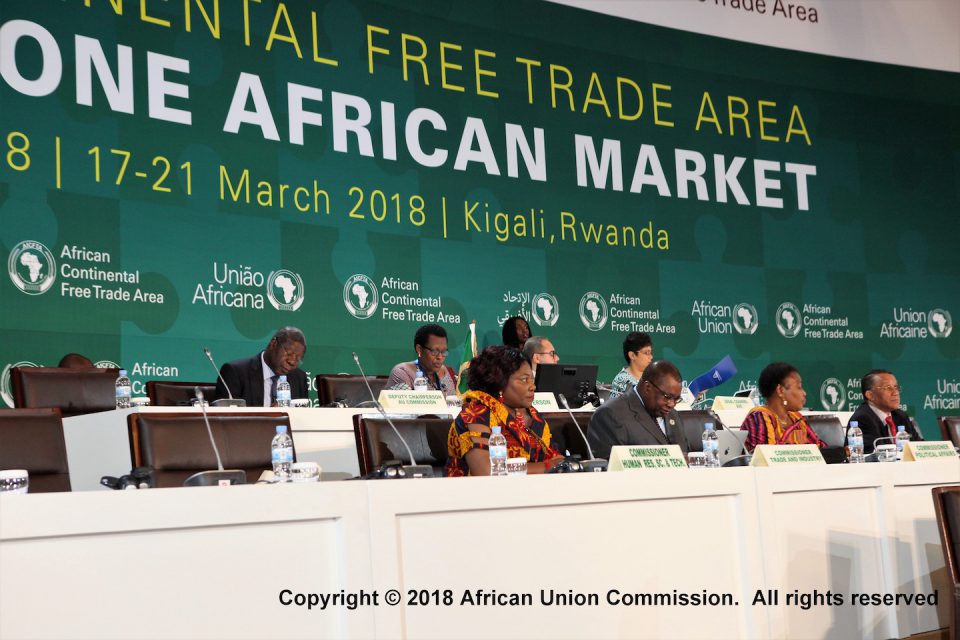 Former Nigerian President Olusegun Obasanjo has urged African leaders to embrace the continental free trade deal that is to be signed in Rwanda, arguing that it would demonstrate the reality of the shift from aid to trade.

Speaking on the sidelines of the ongoing African Union summit, Obasanjo said the signing and implementation of the African Continental Free Trade Area (AfCFTA) will enable a shift from dependence on assistance to increased trade.

He added that it would also act as a signal to the rest of the world that Africa is looking for sustainable business.

“That is where our salvation lies, trading amongst ourselves and consequently developing our economies. The agreement will inspire a change a perception of the continent by the rest of the world,” he said.

African heads of state are meeting in Kigali to sign the deal that commits countries to removing tariffs on 90 percent of goods, liberalise services and tackle “non-tariff barriers” which hamper trade between African countries, such as long delays at the border.

The African Union Commission chairperson, Moussa Faki Mahamat and Rwanda’s president Paul Kagame rallied African leaders to champion the needed ratification that would follow the signing, in their countries.

‘‘The establishment of the Free Trade Area will result in the establishment of a market of over one billion two hundred million people, with a combined gross product of over three trillion dollars,’‘ Faki Mahamat said as he implored leaders to overcome fears and self-interests.

‘‘The agreement needs to be ratified by Member States. Let’s do our part to communicate the rationale and the urgency of the Continental Free Trade Area to our parliamentarians, civil society organisations, and chambers of commerce, as well as to the media, ‘’ Kagame urged his fellow heads of state.

The emotive appeals were made in light of reservations made by some African states including Nigeria, Uganda and Tanzania.

President Muhammadu Buhari who leads Africa’s largest economy, Nigeria, cancelled his planned trip to the summit citing a need for further domestic consultations about the deal.

Tanzania has also reportedly said it would not sign the deal until its parliament has discussed it.

These challenges notwithstanding, heads of state from Kenya, Somalia, Djibouti, South Africa, DR Congo, Zimbabwe and Ghana are expected to sign the deal today.

Tunisia is Africa’s Most Innovative Country