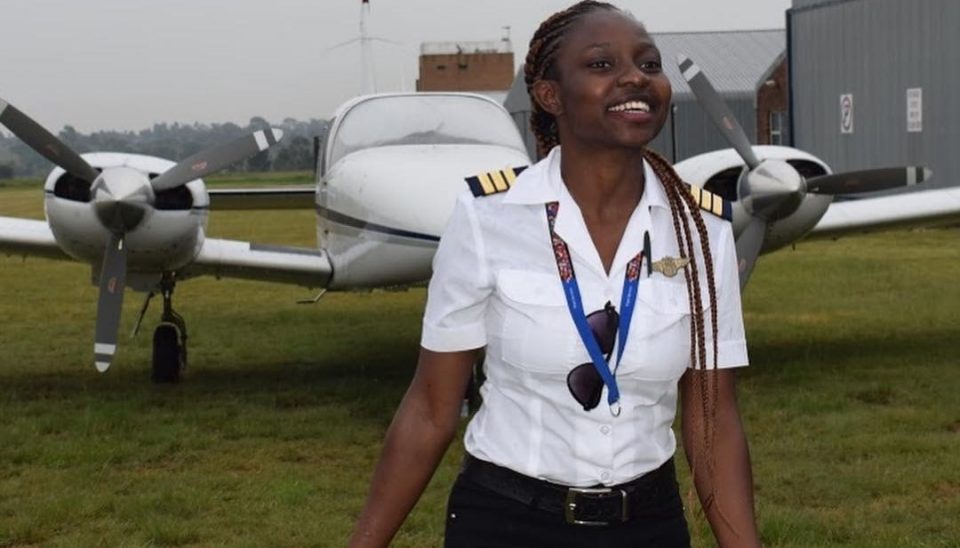 At the age of 21, Audrey Maame Esi Swatson has achieved her dreams of becoming a commercial pilot.

Global Advocacy for African Affairs gathered that, though she obtained her commercial license in 2018, the young lady had her first experience as an assistant pilot when she was only 18 years.

As exciting as this might sound, Audrey Maame Esi Swatson’s first encounter wasn’t quite pleasant.

In an interview with Frankie 5 on This Is Gospel, she recounted her moment of joy at the thought of moving an aircraft but that joy soon turned into discomfort on her introductory flight.

“I was really scared and I couldn’t imagine myself adding force to it for the aircraft to be off the ground. It was nice in the beginning but later in the flight for my first day, I was feeling airsick. I was sweating. I wanted to really throw up,” she said.

Audrey managed to overcome the discomfort to successfully complete her maiden flight with motivation from her mum who was also on board.

“But then after we came back, it didn’t come out. I felt better. My mummy asked if [I would continue]. I was like yeah,” she recounted.

Despite the uneasiness during her first flight experience, the young pilot believes that turbulences during flights are nothing.

Aside from her desire of becoming a pilot, Audrey had wished to become an athlete.

Audrey’s father had initially tried to persuade her from pursuing her dreams as a pilot but later had to support her because she was resolute about her aspirations.

The young female pilot began her training at Mach1 Aviation Academy in Johannesburg, South Africa in 2015.

After completing her first solo flight in April 2016, she obtained her private pilot license before obtaining a commercial license in 2018.

Audrey attended Ghana Christian International High School in Dodowa after completing her basic education at the University of Ghana Basic School in Legon.

Forum on Transparency and Accountability in the Public Service-Accra,Ghana