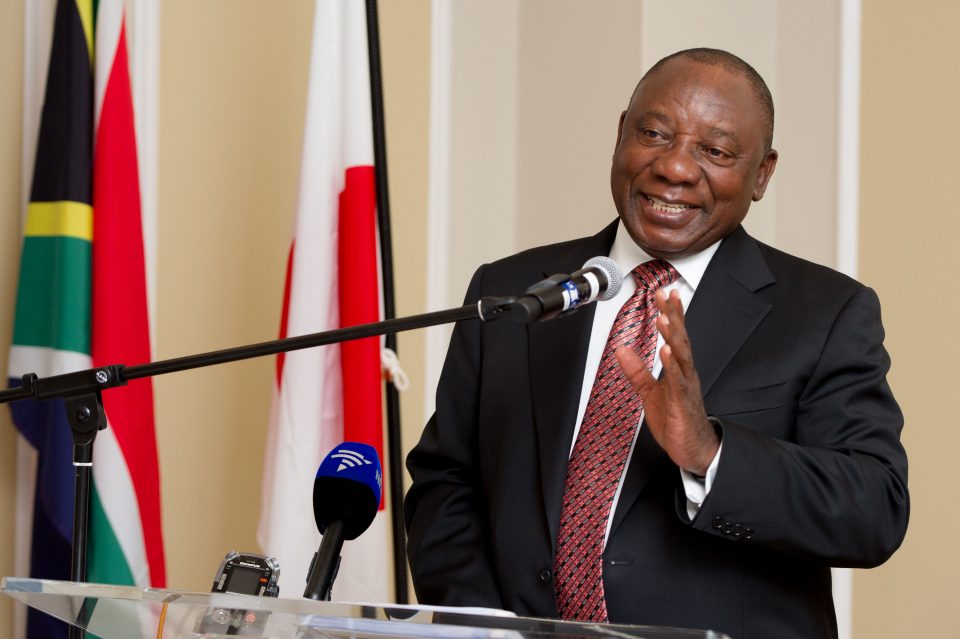 The crescendo of post-apartheid bad behavior, either through the abuse of political office or other manners of corruption by powerful South African politicians, especially those who belong to the governing African National Congress, can be said to have begun with the notorious Arms Deal in the 1990s.

One could be forgiven for suspecting that they had been waiting impatiently for late President Nelson Mandela to leave the political scene, like mice waiting for the cat to step away, before they began their mayhem.

ANC has biggest burden of responsibility

The ANC is not the only party without reproach, of course, but it carries the biggest burden of responsibility because of where it comes from, the central role It has played in the long march to South Africa’s emancipation from apartheid, as well as for the sheer volume of public resources it controls and policy decisions it influences.

In addition, a large number of South African men and women we celebrate today as heroes and heroines of South Africa’s anti-apartheid struggle came from the ANC, even though it can also be argued that in its attempt to rewrite our history only from its own perspective, the ANC might have, wittingly or unwittingly left many brave South Africans out who did not wear its colours even though they contributed significantly to the fight to end apartheid.

But history is, after all, written by the victors, as it were.

The mayhem gathered pace when former President Thabo Mbeki interfered with the work of a respected National Director of Public Prosecutions by removing him from office in an attempt to shield a criminally compromised National Police Commissioner.

Following in Mandela’s footsteps, at least partly, Mbeki agreed to let Tibetan Spiritual leader, the Dalai Lama, visit South Africa but, reportedly under Chinese pressure, conveniently “became too busy” to meet him in person during his visit to the country.

Former President Mandela had shown the Chinese where to get off by meeting with the Dalai Lama, even taking a walk with him in the picturesque Kirstenbosch National Botanical Garden, in Cape Town. The Chinese were most unhappy, but that was not to be Mandela’s problem.

With the growing political rapprochement between the ANC and the Chinese Communist Party after Mandela’s departure from politics, the Dalai Lama has since never been granted another VISA to come to South Africa again, despite several high profile invitations.

The first one, under the Motlanthe interim presidency, was when the Dalai Lama had been invited to attend Archbishop Emeritus Desmond Tutu’s birthday celebration and, on another occasion – when Zuma was President – the Tibetan spiritual leader had been scheduled to attend and to speak at a meeting of “The Elders” in Cape Town.

The meeting was subsequently cancelled in protest at this government action.

Frustrating the Dalai Lama’s Visa application might be seen as a small, soft, measure by some people; especially those who are of the view that SA had to choose between doing business with China and being sympathetic to an elderly religious man from a country that doesn’t quite exist – according to China – and who would not open the kind of trade doors to South Africa that Communist China could.

They all forget, conveniently, that the Dalai Lama has been a guest of India since he fled Chinese prosecution in the 1950s and that China has never punished India – a key member of the BRICS group – with a trade boycott.

Unlike all the leaders who came after him, Mandela had backbone. He understood his own worth and that of South Africa.

From the start, at the time of his inauguration, he is said to have refused to led Americans bully him into refusing invitations to the likes of Cuban Fidel Castro, Palestinian Yasser Arafat, and Libyan Muammar Gaddafi. He famously told them that they were not well placed to choose friends for him, even though he considered them too, his friends and those of South Africa.

The pace of abuse of political office and public resources quickened after Jacob Zuma took over from Thabo Mbeki who, it must be admitted, might be accused of many things but not of criminal self-enrichment at the cost of South Africa.

With Zuma’s arrival in the country’s highest office, all hell broke loose. Mbeki never made it a secret that he feared what would happen to South Africa were Zuma to become President. It makes one wonder, though, as to why he would have appointed Zuma his Deputy when he knew that in ANC traditions, as we often get told, the “Deputy becomes President”.

One could take this interrogation further and ask why current President Ramaphosa would have chosen a man so many fear – for all the bad reasons – as his Deputy. But we know, of course, that we’d be told that the numbers were not on his side.

Few will refuse to admit that despite all the wrongs that have happened in and to South Africa under ANC rule, especially in the past ten years, our governing party has been blessed with massive emotional capital invested in it by, mainly, the country’s Black majority, former victims of decades of brutal apartheid.

To this day many – even though these numbers are coming down – would rather direct their anger over persistent levels of racialized poverty and other forms of inequalities at apartheid and White people. Attempts to get them to inform themselves on the massive opportunity costs of state capture and other forms of corruption seem futile.

Will rationality overtake emotions, in 2019, as South Africans decide what kind of leaders they want to see lording over their affairs? Will they integrate reports coming out of many commissions and court judgements of recent years when they vote; or will they choose to remain with the kleptocrats they know?