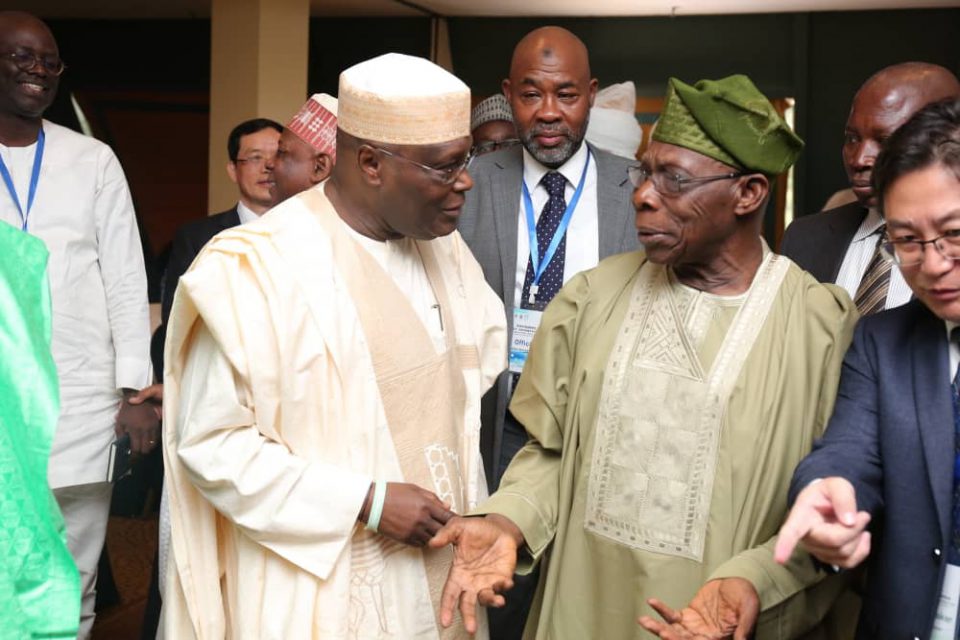 Former Nigerian President, Olusegun Obasanjo recently said that former Vice President Atiku Abubakar should not count on him for support in his latest bid to actualise his life-long ambition of being elected the president of Nigeria.

The former president, one of the most influential of his living peers, hinged his blistering position on the unsavoury corruption perception of Atiku while speaking with an online medium shortly after his arrival from Kigali on Friday afternoon.

“How can I be on the same side with Atiku?” Obasanjo asked. “To do what?”

“If I support Atiku for anything, God will not forgive me. If I do not know, yes. But once I know, Atiku can never enjoy my support,” he added.

Mr Obasanjo rejected all notions that his remarks could be deemed too personal, coming as 2019 presidential campaign gathers steam with Atiku amongst the front-runners.

The pronouncement comes barely two weeks after Mr Abubakar declared his intention to run for president, touting his pro-business credentials and lambasting President Muhammadu Buhari for his handling of the country’s security situation.

Before then, the former vice president, who has unsuccessfully run for the top office multiple times, spent the past few months criss-crossing the country as part of a strategy aimed at broadening his appeal amongst politicians and the electorate.

It also comes a little over a month after the two met at an event in Abuja and shook each other’s hands before photographers, days after reports said Mr Obasanjo was under pressure to back Abubakar.

In making his position clear on Atiku ahead of the presidential primaries in October, Obasanjo has put to rest several months of speculation about whether he would soften his borderline disposition to his former vice president of eight years.