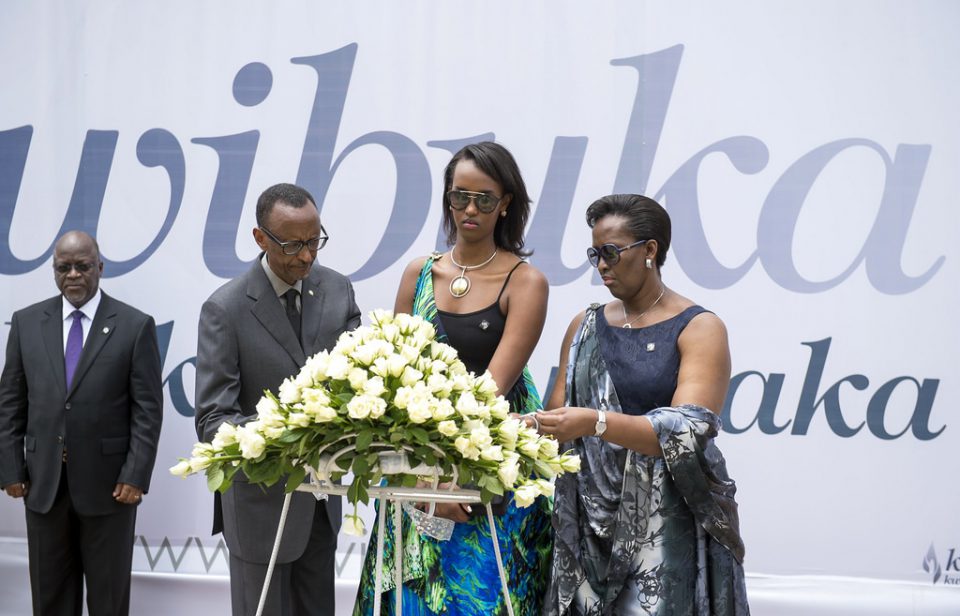 When 24-year-old Edissa Nyinawumuntu wakes up today, she will be ready to join other Rwandans in observing the 24th anniversary of the 1994 Genocide against the Tutsi, which she specifically wants to do by taking part in a walk to remember in the capital Kigali.

“During the Genocide people walked a lot looking for safety; so we have to walk in remembrance of that horrible experience,” she recounted .

Rwandans and friends of Rwanda will today start weeklong activities to remember the Genocide against the Tutsi, 24 years after the atrocities claimed more than a million lives in 100 days.

With “remember, unite, and renew” as the theme this year, the commemoration period is a time to reflect on what happened in the Genocide, how Rwandans have rebuilt their lives so far, and how to move forward.

“It’s a difficult time when we have to remember what happened and gain strengths to continue with our lives. I lost many members of my extended family during the Genocide and I have to work hard to represent them well in this world because they were my blood. I am now the remaining image of my people,” said Nyinawumuntu who was born during the Genocide against the Tutsi  in which her both parents luckily survived.

The events to commemorate the Genocide today will take place in every village (Umudugudu) across the country.

Officials at the National Commission for the Fight against Genocide (CNLG) have indicated that discussions during the Genocide commemoration week will focus on educating people about the difference between Genocide against the Tutsi and other atrocities as well as how Rwandans have rebuilt their country.

CNLG’s Executive Secretary Dr Jean Damascène Bizimana said that the commemoration week should be a time to think about the country’s history right from colonisation when colonialists divided Rwandans and how Rwandans accepted the divisions that led to the atrocities.

“We should look at the role of Rwandans in this bad history and learn from it.

Genocide didn’t benefit anyone, not the killers, and certainly not the victims, we have to think about it, reflect and recommit to work together as one people, as a nation. The young generation deserves better, it is our duty to ensure that they live in a united country, where they will not be held back by the same harrowing experiences that characterise our history,” he said in an interview recently.

In the capital Kigali, President Paul Kagame and First Lady Jeanette Kagame will launch the commemoration week today at Kigali Genocide Memorial in Gisozi, where they will lay a wreath at the memorial in honour of over the one million Genocide victims.

They will also light the Flame of Remembrance which will burn for 100 days during the mourning period to symbolise the courage and resilience of Rwandans after the Genocide.

Then the President will deliver a speech to officials, dignitaries, Rwanda’s guests, and Genocide survivors at the memorial to mark the 24thanniversary of the Genocide.

Sources from the President’s office also revealed that the President and the First Lady were also expected to join a walk to remember which will be held in Kigali in the afternoon, bringing together city residents, especially the youth, in an exercise to reflect on the Genocide and how to rebuild the country going forward.

Twenty-four years after the Genocide, Rwanda has managed to recover from its aftermath, with citizens work hard to stitch together their social bonds and working collectively to rebuild their nation.

In a message to the world in line with observing the 1994 Genocide against the Tutsi, the UN Secretary General, António Guterres, lauded Rwandans’ efforts at reconciliation after the atrocities.

He also urged countries across the world to learn from Rwanda’s experience and take steps to protect their populations from genocide, war crimes, ethnic cleansing and crimes against humanity.

“It is imperative that we unite to prevent such atrocities from occurring, and that the international community sends a strong message to perpetrators that they will be held accountable,” he said.

On the over a million Rwandans who died in the Genocide, the UN Secretary General added: “Today we remember all those who were murdered and reflect on the suffering of the survivors, who have shown that reconciliation is possible, even after a tragedy of such monumental proportions”.

Despite efforts to rebuild the country 24 years after the Genocide, challenges that include genocide ideology among some Rwandans and some foreigners and both physical and psychological scars for survivors remain.

The president of Ibuka, the umbrella organisation for Genocide survivors in Rwanda, Prof Jean Pierre Dusingizemungu, told The New Times yesterday that Rwandans need to continue working together to end trauma among Genocide survivors who need to see hope in the country’s prevailing peace and security.

“People should be closer to each other during this mourning period,” he said.

Dusingizemungu will also deliver a message on behalf of Genocide survivors today in a speech at the launch of the commemoration week at Kigali Genocide Memorial in Gisozi.