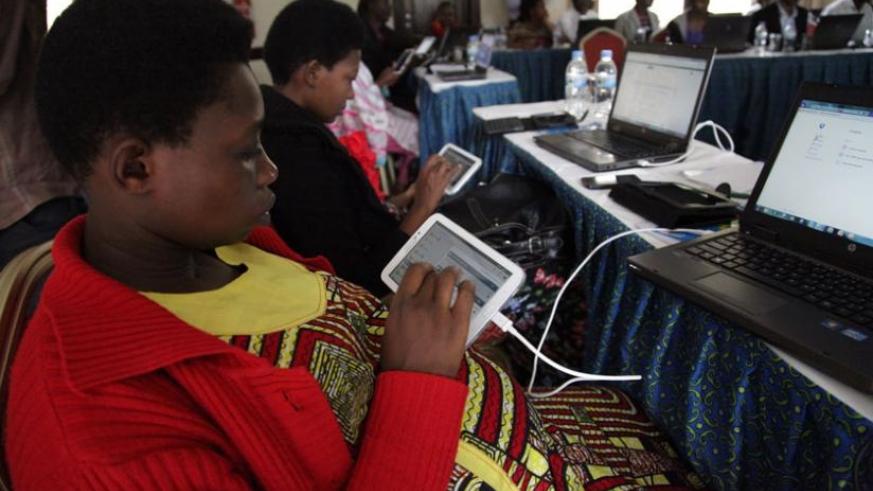 “The internet is a needed public utility as much as water and electricity,” declared President Paul Kagame at the Transform Africa summit held in Kigali, Rwanda’s capital city, sometime this year to discuss the future of broadband in Africa.

The choice of Kigali as host did not surprise information and communication technology (ICT) experts; Mr. Kagame’s government takes ICT so seriously that it aims to create an ICT infrastructure comparable to any in the developed world. The choice was also not surprising since Rwanda hosted the Connect Africa summit in 2007 that championed broadband connectivity for the continent.

Rwanda began to relentlessly develop its ICT in 2000 after it adopted the National Information Communications Infrastructure (NICI) policy and created a long-term plan to achieve full digitization in four five-year stages. The NICI plan was further integrated into Vision 2020, which is the government’s comprehensive programme to transform Rwanda into a middle-income country by 2020. In fact, one of the main goals of Vision 2020 is “to transition her agrarian economy to an information-rich, knowledge-based one by 2020.”

The NICI’s first stage (2000-2005) prepared the groundwork for ICT sector, including establishing institutional, legal and regulatory frameworks, as well as opening up the telecom market by reducing barriers for entry. Currently, there are 10 internet service providers, including MTN, TIGO, Altech Stream, Rwandatel, among others. In 2002 there were just two internet providers with 25,000 users. Today, there are approximately 1.2 million internet users in country of 12 million people, according to a June 2013 report by Rwanda Utilities Regulatory Agency.

During the second stage (2005-2010) of the NICI plan, Rwanda concentrated on enhancing ICT infrastructure by establishing a national data centre that centralizes information storage, management and protection, as well as uses cloud computing opportunities. In addition, a national fibre-optic backbone network that connects Rwanda to international sea cables was deployed, increasing internet accessibility and affordability as well as connecting Rwandans to global networks.

The results of these efforts are telling. During this stage, for example, Rwanda registered one of the highest internet user growth rates in Africa, 8,900%, compared with the continent’s growth rate of 2,450%, and the world’s average rate of 444%. In 2010, almost every one in four public sector entities (ministries, agencies, provinces and districts) and about a third in the private sector had a web presence, according to the Rwanda Development Board, a government agency. In addition, communication, navigation surveillance and air traffic management system has been deployed to support air travel in the region.

The third stage, from 2011 to 2015, is focused on improving service delivery. One of the elements of this stage is the One Laptop per Child programme—an ambitious plan launched in 2008 to distribute laptops and electronic tablets in primary schools. By late 2012, about 115,000 laptops had been distributed to primary school children across the country.

In the final stage (2016-2020), the government hopes to focus on skills, private sector and community development, as well as improving and enhancing e-government and cyber-security.

Despite Rwanda’s ICT success story, Mr. Jean Philbert Nsengimana, the minister of youth and ICT, says that several key issues are not yet resolved, including: “the role of the private sector, regulation to keep broadband affordable, and distributing the know-how via training.” But the minister is upbeat. “In just 15 years, what was once considered as an object of luxury and privilege for rich people has become a basic necessity for Rwandan urban and rural daily lives.”

The government reports that since 2011, the national fibre-optic backbone network, which connects to an undersea network, already has links to all 30 districts of the country and nine border posts. The government also negotiated with three fibre-optic submarine cable companies SEACOM, TEAMS and the Eastern Africa Submarine Cable System (EASSy) to finance the extension of fibre-optic cables to every part of the country and to increase fibre bandwidth capacity to benefit schools, health centres and other institutions. The physical laying of the cables was completed last year.

Realising a conflict-free Africa is the dream of every African. In this edition, we highlight the current hotspots; the root causes of conflicts; the various efforts in search of peaceful co-existence and development and the African Union’s quest for silencing the guns by 2020.

Rwanda is also implementing ICT initiatives in the health sector, thanks to the open Medical Record System (OpenMRS), an initiative by the Regenstrief Institute, an Indianapolis, Indiana-based research organization and Partners in Health (PIH), a health advocacy and provider with headquarters in Boston, Massachusetts, both in the US. Since it was set up in 2006, OpenMRS has been facilitating nationwide tracking of patients’ data, providing support for nutrition and child health, database synchronization tools, pharmacies, among others. OpenMRS is also used by community health workers to collect data for mBuzima, an electronic system that connects urban and rural hospitals, thereby enabling people to receive specialised treatment services remotely.

Another e-health programme in Rwanda is the Treatment and Research AIDS Centre (TRAC), which was established in 2005. TRAC is a digital system that collects, stores, retrieves, displays and disseminates critical information about drug distribution and HIV/AIDS patient information. The system enables anti-retroviral treatment programme practitioners to submit reports electronically and have access to information.

By improving interventions, monitoring and reporting, these e-health solutions have increased citizens’ access to healthcare. Rwanda is now one of the few countries in Africa that efficiently use ICT in the health sector, and stands a chance of reaching the Millennium Development Goal of improved maternal health by 2015, according to the Rwanda Development Board, a government agency.

Digitization is not just about access and connectivity, it is also about government digitizing its services to create an environment that is less prone to corruption. According to the World Bank, e-government enhances transparency. Rwandan national ID cards and driver’s licenses, for example, are now digitized. Individuals can even apply for a visa online.

The Anti-Corruption Unit of the Rwanda Revenue Authority (RRA) monitors taxes and import duty, and ensures public officials are not unduly involved in tender and procurement processes.

To archive its goal, the RRA created an efficient online tax calculator to assist small and medium businesses to register their companies and compute their taxes rather than going physically to the RRA office.

Rwanda’s goal to create a world-class ICT infrastructure is already attracting considerable attention. A World Bank 2014 report ranks Rwanda second only to Mauritius in Africa in its Doing Business Report. Additionally, the World Economic Forum in 2013 ranked Rwanda 66th out of 148 countries and third in sub-Saharan African region in the Global Competitive Index, which is an assessment of economies based on productivity. Many believe that these achievements are due largely to reforms in its online business registration process.

Rwanda’s ICT development has had a huge impact on socioeconomic development. But it also represents a hope shared by many Africans that it is possible to leapfrog into the digital age.