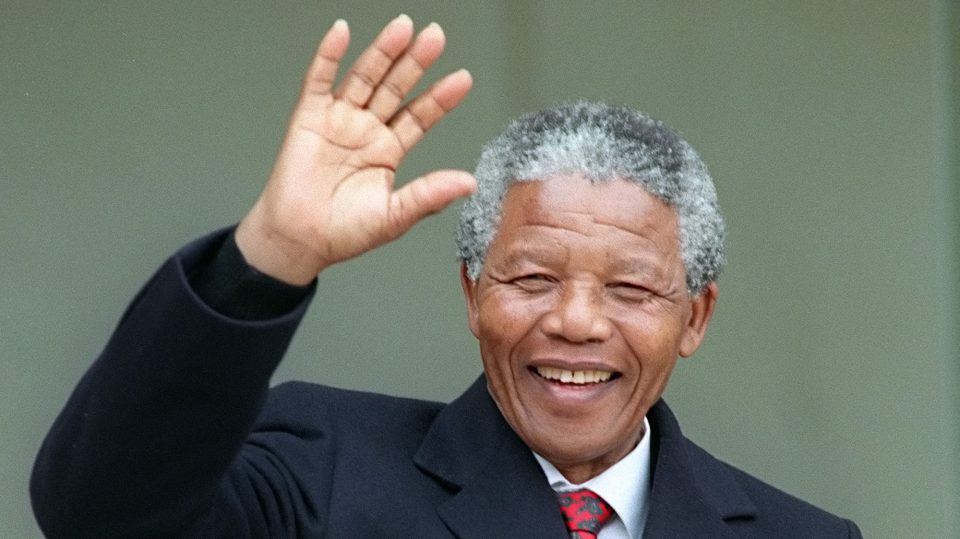 The spot at Bishops court – the official residence of the Archbishops of Cape Town – where Nelson Mandela first addressed the world’s media as a freeman has been marked with a commemorative plaque. Nelson Mandela was released from prison after 27 years of captivity on 11 February 1990. He spent his first night as a freeman as a guest of Archbishop Desmond Tutu at Bishops court and gave his first press conference the following day from a terrace in front of the house. On the anniversary of that press conference, the current Archbishop of Cape Town, Thabo Makgoba, unveiled the plaque marking this historic spot.

After unveiling the plaque in memory of Nelson Mandela – known as Madiba – Archbishop Thabo reflecting on the Mandela’s “long walk to freedom”, saying: “I have often celebrated his release on February 11 by visiting the gates of the former Victor Verster Prison near Paarl. On other occasions I have sat and meditated in the apartment at Bishops court which Archbishop Tutu made available to him for his first night away from prison.

“Among the volumes of words written about or used by Nelson Mandela, the 13 that I most often remember are those from the poem by W E Henley which sustained him in prison: ‘I am the master of my fate and the captain of my soul.’ Those words are as true for us as when they first inspired Madiba.”

Nelson Mandela greets the world’s media at Bishops court, the official residence of the Archbishops of Cape Town, following his release after 27-years of captivity.
As he made his comments, leaders of the ANC were meeting to decide the future of current President Jacob Zuma. It was revealed that they are taking steps to recall him from his presidential role

“The emotional vertigo of the Zuma decade that has left each of us, our families, our friends, our communities and our nation feeling like we have been on the deck of a ship in the middle of the fiercest storm, is close to ending,” Archbishop Thabo said yesterday. “South Africa’s destiny now is a choice that we all have in our hands: black hands, white hands, brown hands, yellow hands – rainbow hands.

“At the same time, I am a realist. Unquestionably, I believe in South Africans and in South Africa. But as the boxer portrayed in the film Rocky Balboa says, let me remind you of something you already know: the world is not all sunshine and rainbows. It can be a very mean and nasty place and I don’t care how tough you are, it will beat you to your knees and keep you there permanently if you let it.

“Despite the progress made since Madiba’s release, South Africans have been hit hard by many things over the past 20 years. We have been slowed down, we have been diverted, and we at times have been stopped by barriers thrown up by morally corrupt leaders who have created a most unequal society in terms of service delivery, education and healthcare.

“My principal concern is the way in which inequality has remained pervasive, hitting the poor again and again. But, to invoke Rocky Balboa again, the key to winning, surviving and thriving is, in the end, how much you can take and keep moving forward. That’s how winning is done!

“The 11th of February 1990 was a moment of destiny. Seeing Nelson Mandela elected president of a free South Africa was another. Now, in 2018, we stand at the dawn of a new age where the dizziness of uncertainty can be replaced by the equilibrium of equality. We are again witnesses to a moment of destiny in which a decade of corruption can be replaced with the birth of a South Africa which, despite its many challenges, has a chance to unite, not as a political party but rather as a society committed to becoming a nation of extraordinary achievers of equality.”

Archbishop Thabo Makgoba inspects the plaque marking the spot where Nelson Mandela first addressed the world’s media following his release from prison, in the grounds of Bishops court, the official residence of Archbishops of Cape Town, watched on by his staff.

In a message to South Africans, he asked what they and Nelson Mandela had in common, adding: “We are a nation of bridge builders. We will bridge the barriers of bigotry, bridge the chasms of inequality and bridge the barricades which block everyone from having equal opportunities. So, my countrymen and women: start cleaning the tools which we will use to build prosperity, start finding trust again in your hearts, and most importantly, start asking not what South Africa can do for me, but what I can do for South Africa.”

Archbishop Thabo called on people to pray for the all the country’s leaders, “but in particular for the National Executive Committee of the ANC, for Cyril Ramaphosa, the party’s president, and for all members of Parliament as they chart the way forward in the coming days.”

Watch Nelson Mandela’s first press conference from the grounds of Bishop scourt, the official residence of the Archbishops of Cape Town: