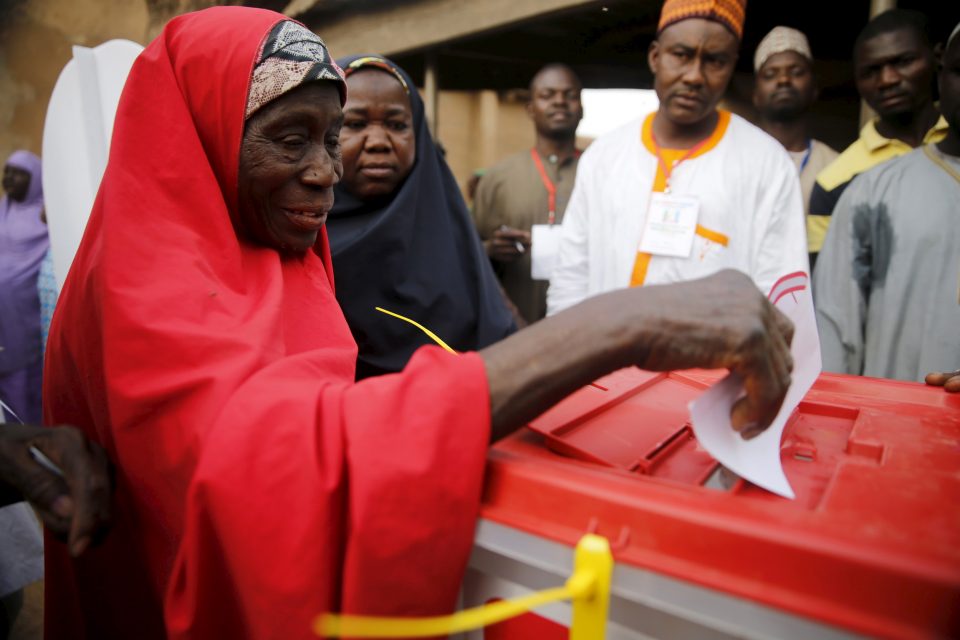 With over a dozen national elections in Africa in 2019, the Nigerian presidential election on February 16 is one of the most consequential. The expectation, since the country’s independence in 1960, has been that the giant of Africa would emerge as a dominant world player and join its global peers. Many had hoped that by the 21st century, reform-minded leaders would have built and sustained the institutions of governance, diversified the economy, created jobs for the burgeoning and youthful population, and reduced abject poverty. That expectation was spectacularly dashed. But elections offer hope and a moment for reflection, and Nigerians should think about the past as a way of charting their future when they head to the polls.

Compare Nigeria, for instance, with the Southeast Asian nation of Indonesia. The two countries have many things in common. Both are large powerhouses in their respective regions, with huge populations (Indonesia with 264 million in 2017 and Nigeria with 191 million), and in both, a large proportion of the population is Muslim. Both are richly endowed, major oil exporters, ranked as lower middle-income countries, and staunch allies of the United States. And, both have had checkered political histories as eminently documented by Peter M. Lewis in his 2007 book, “Growing Apart: Oil, Politics, and Economic Change in Indonesia and Nigeria.”

The table below highlights the stark differences that have emerged between the two countries in the 47 years since 1970. First, both countries had similar economic size in 1970 and 1980. Second, in 1970 and 1980, the income per head of Nigeria was almost three times that of Indonesia. By 2017, the Indonesian economy was almost three times the size of the Nigerian economy, and its income per head was twice that of Nigeria.

Second, in 1980, Indonesia’s fuel exports were about 70 percent of total exports, about the same as Nigeria’s almost 60 percent in 1970. Indonesia pursued an aggressive export diversification program that began in the early 1980s, and consequently, exports of goods and services stood at $194 billion by 2017, compared with $51 billion for Nigeria. The diversification program yielded tremendous dividends for Indonesia as fuel exports declined to 22 percent of total merchandise exports by 2017, compared to 96 percent for Nigeria. The diversification had enormous impacts on job creation and skills development in Indonesia. As part of the diversification, Indonesia pursued an aggressive program to attract foreign direct investment in the non-oil sectors of the economy. As a result, net inflows of foreign direct investment stood at $21 billion in 2017, compared to the paltry $3.5 billion for Nigeria.

Third, Indonesia consistently made large investments in health and education from the 1980s onward. As a result, adult literacy rates have gone up considerably and life expectancy has increased from 55 years in 1970 to about 70 years today. In contrast, life expectancy in Nigeria has remained low at around 50 years. The impact of the economic and social programs on poverty in Indonesia has been dramatic. The population living on $1.90 a day declined from 107 million (59 percent of total population) in 1990 to 16 million (6 percent of the population) by 2017.

Today, of the 420 million people living in extreme poverty in Africa, 89 million live in Nigeria, almost half of the country’s total population. Indeed, while poverty rates have declined across much of the continent, rapid population growth and low economic performance have conspired to wreak havoc on living standards, making Nigeria the country with largest share of extreme poverty. With projections as the world’s third largest country by 2050, poverty in Nigeria will continue to worsen unless expeditious actions are taken.

The dramatic difference between the two countries reflects the strong public policy actions taken by Indonesia to diversify its economy, the policies and regulatory framework to boost local investments and to attract foreign direct investments, and investments in infrastructure and in people that helped to improve children’s health, education, and learning. The differences show that though resource abundance is vital to success, even more important is political leadership and the quality of the institutions of governance, the lack of which seem to have conspired to push Africa’s giant further behind its peers.

This year’s presidential elections are consequential for both Indonesia and Nigeria. In Indonesia, the main candidates are slogging it out in five planned presidential debates dominated by how to deliver 7 percent GDP growth, structural transformation, and continued institution strengthening.

The good news in Nigeria is that ethnic strife has given way to discussions of economic issues, infrastructure, corruption, and security. This positive development has recently been overshadowed by the brazen attack on the judiciary, a key institution of democratic governance.

There are clearly moments in every country’s history when political leaders emerge who think globally and act locally to tackle seemingly intractable development problems. The emergence of such an enlightened leader—credible, competent, reform-minded, and able to rebuild the institutions of governance—is what Nigerians desperately need now. Will such a leader fit for purpose be the outcome of the 2019 presidential elections? If not, the country will likely continue to add fuel to the fodder of its failures, guaranteeing a tarnished brand in global rankings. Nigeria will thus miss the opportunity to be a pre-eminent leader at a time of increased momentum toward continental integration.